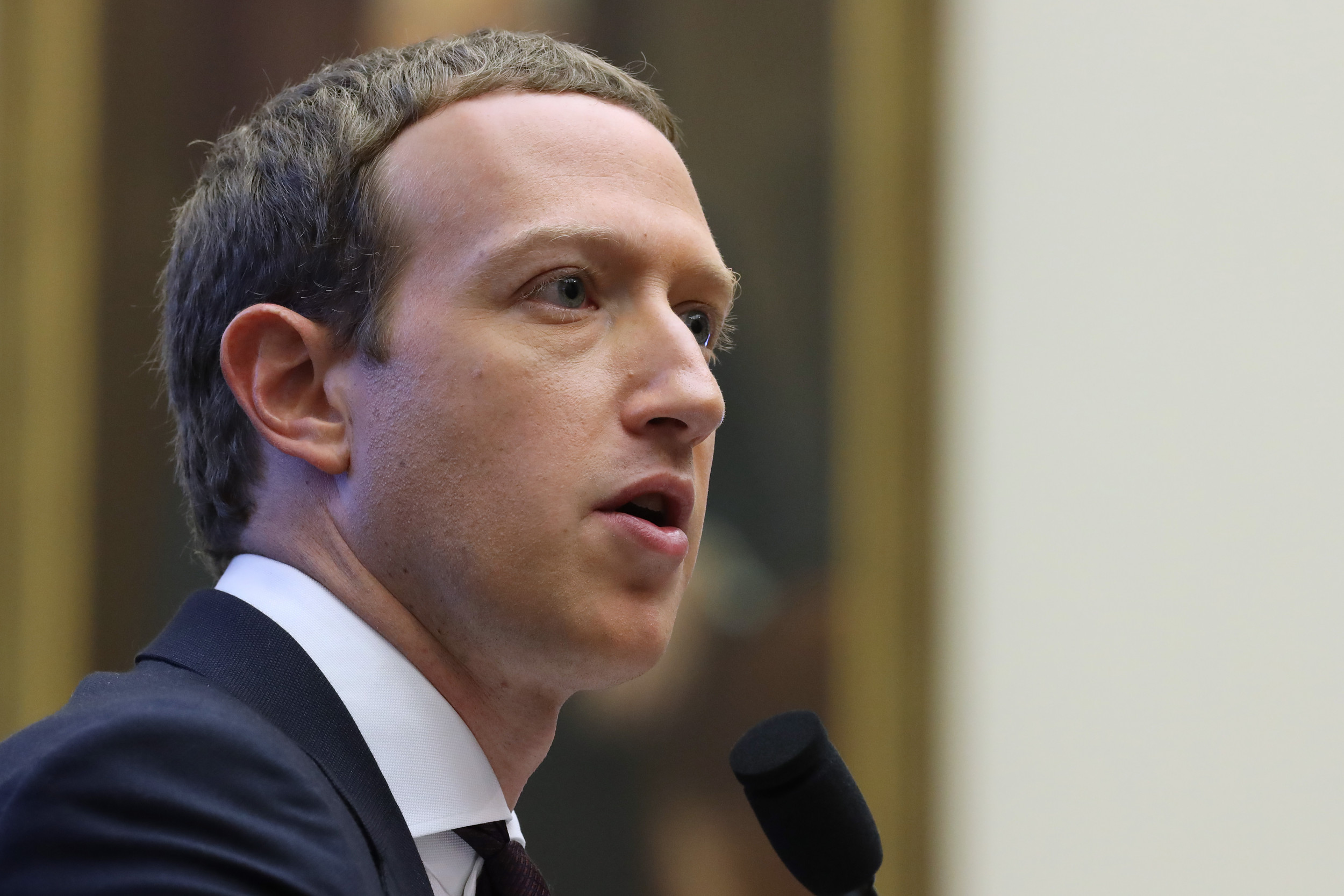 Zuckerberg Asked If Facebook Will Be Seen as ‘Accelerant of Social Destruction,’ Gives Lengthy Pause

Facebook boss Mark Zuckerberg took time to respond after being asked if his platform will be considered an “accelerant of social destruction.”

In an interview aired Tuesday by “Axios on HBO,” the billionaire social media CEO was seen pausing for at least five seconds after being asked how history will judge his site, which critics accuse of spreading hate, extremism and misinformation.

“Um, I have a little more confidence in democracy than that. And I hope my confidence isn’t misplaced,” Zuckerberg told Axios co-founder Mike Allen.

“Some of the times when I see people concerned about social media, some of those organizations are ones that used to be previous gatekeepers, in some cases had very noble missions to try and inform people, but in practice also served to lock a bunch of people out of the ability to get their experiences recorded and shared in the world.”

Despite its finances remaining solid, Facebook has suffered through a turbulent 2020, facing a mass advertising boycott over an alleged failure to combat hate and backlash over its handling of controversial posts by U.S. president Donald Trump.

It has been accused of helping to spread misinformation about COVID-19, received a mixed report in its own civil rights audit and has been fighting to fend off content from anti-vaxxers, militias and conspiracy groups such as QAnon. Then there’s the election, which promises to renew fears of influence campaigns, ads and false news.

In recent months it has appeared to encounter unprecedented dissent among its own staff. “I think Facebook is hurting people at scale,” as one Boston-based software engineer said in a note while leaving the company in July, BuzzFeed reported.

Speaking to Axios, Zuckerberg denied that Facebooks’ algorithm is designed to find and push controversial or anger-inducing content to its billions of users.

“The way that our algorithm works overall is not primarily trying to highlight content that is most enraging, it’s trying to show people content that is… meaningful,” Zuckerberg responded when asked why so much rage appears to spread on the site.

Zuckerberg suggested some content may be a reflection of the current state of the U.S., saying: “I think if you look in the country right now there are a lot of people who are very exercised and I think, frankly, for a lot of good reasons, and we have real issues.

“I think sometimes there is a fine line between an important level of high energy around an important issue and something that can kind of tilt over into causing harm.”

As the November presidential election quickly approaches, Zuckerberg has confirmed Facebook will seek to show its users “authoritative” voting information and said new political advertising will be blocked during the final week of the campaigns.

Any changes will apply to president Trump, Zuckerberg has said.

The post added: “I’m also worried that with our nation so divided and election results potentially taking days or even weeks to be finalized, there could be an increased risk of civil unrest across the country. This election is not going to be business as usual.”