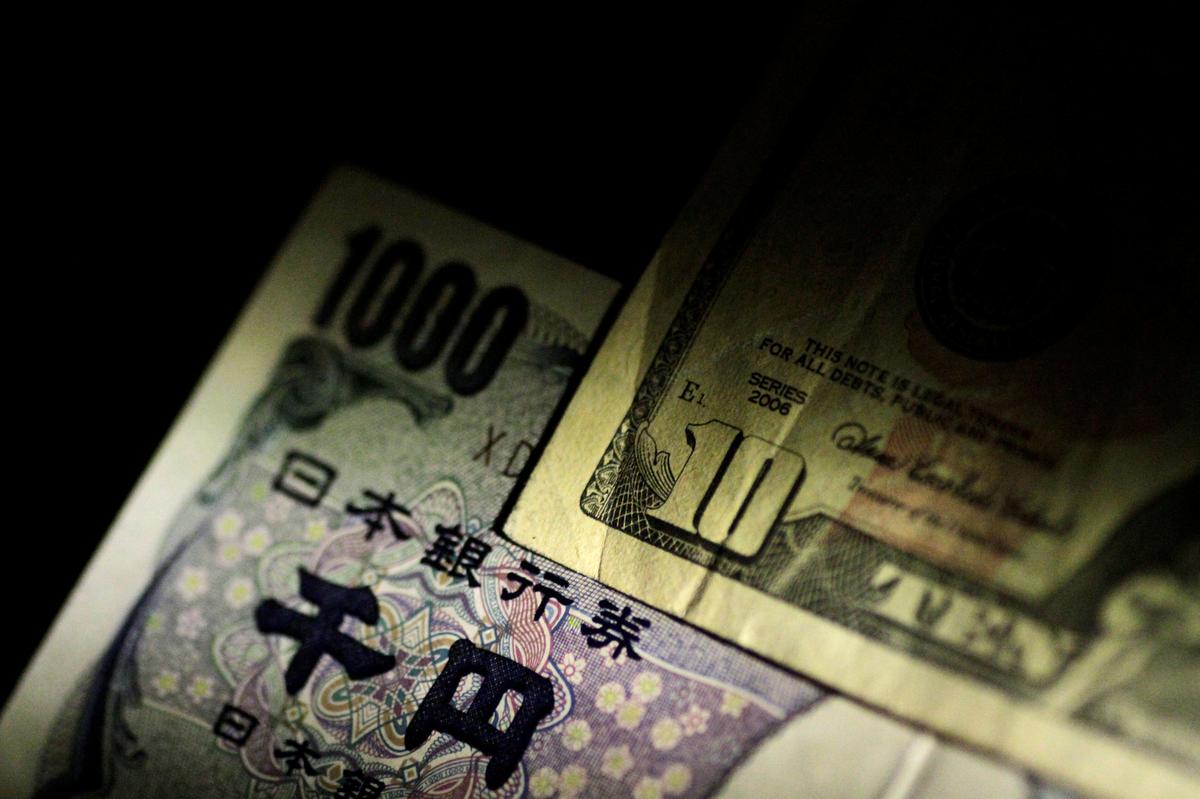 LONDON (Reuters) – A stronger Japanese yen was the product of a build-up of worries in financial markets on Wednesday, after U.S. tech stocks sold off the previous day and a leading coronavirus vaccine candidate faced delay.

The U.S. dollar also found some support as the stock market slide spooked investors into selling riskier currencies, while worries about the fate of Brexit talks pushed the pound down to a new six-week low.

In the early European session the dollar was mostly steady, pulling back from early gains against most majors as U.S. equity futures pared losses – with Nasdaq 100 futures NQc1 swinging to trade 0.4% higher and S&P 500 futures ESc1 rising 0.6%.

AstraZeneca Plc (AZN.L) said it had paused global trials, including large late-stage trials, of its experimental coronavirus vaccine due to an unexplained illness in a study participant.

Roll-out of an effective vaccine is seen as key for economies to overcome the effects of the pandemic.

“Positioning in FX and other asset classes had been biased towards ‘risk on’, higher equity prices, steeper yield curves and a weaker dollar.  A lot of that positioning is now simply getting walked back and tweaked as we enter the ‘autumn crunch’,” said Stephen Gallo, currency analyst at BMO Capital Markets.

Traders, returning from summer holidays, are faced with a bouquet of risk factors as they enter the autumn period of trading – the U.S. election in November, Brexit, U.S.-China trade tensions, central bank policy decisions, rising cases of the coronavirus – many of which would dent the appetite for riskier assets and inject strength into safe-havens.

Gallo, however, does not “yet think this move lower in the dollar is a complete shift in the downward trend, but we will continue to watch it very closely,” he said. The dollar has been sliding since March.

The common currency has lost about 2% since posting a 28-month high above $1.20 on Sept. 1, spurred lower by comments from ECB chief economist Philip Lane who said the exchange rate mattered to monetary policy.

Any hint of concern at the currency’s rise, or that low inflation will require ultra-easy policy for a very long time could whack the euro lower again and boost the dollar.

“Lane appears to have succeeded in drawing a line in the sand at $1.20 at least for the time being,” said Rabobank senior FX strategist Jane Foley. “We see scope that euro/dollar could dip further towards the $1.17 level on a one-month view.”

An overnight slump in the oil price dragged down oil exporters’ currencies. The Norwegian crown NOK=D3 extended an overnight fall to hit a more than six-week low of 9.1810 per dollar and was last down 0.3% at 9.1205.

The Canadian dollar CAD=D3 dropped to a three-week low, though steadied in European trading ahead of a Bank of Canada policy decision due at 1400 GMT. Investors expect no changes to interest rates and will focus on the tone around the outlook.

Sterling was unable to shake pressure as fears grow that Britain is preparing to undercut its Brexit divorce treaty. It dipped 0.3% to $1.2948 GBP=D3, after touching its lowest since July 29. The pound also languished at a six-week low of 91.06 pence against the euro EURGBP=D3.

Britain will set out its blueprint for life outside the European Union on Wednesday, publishing legislation a government minister acknowledged would break international law in a “limited way”.