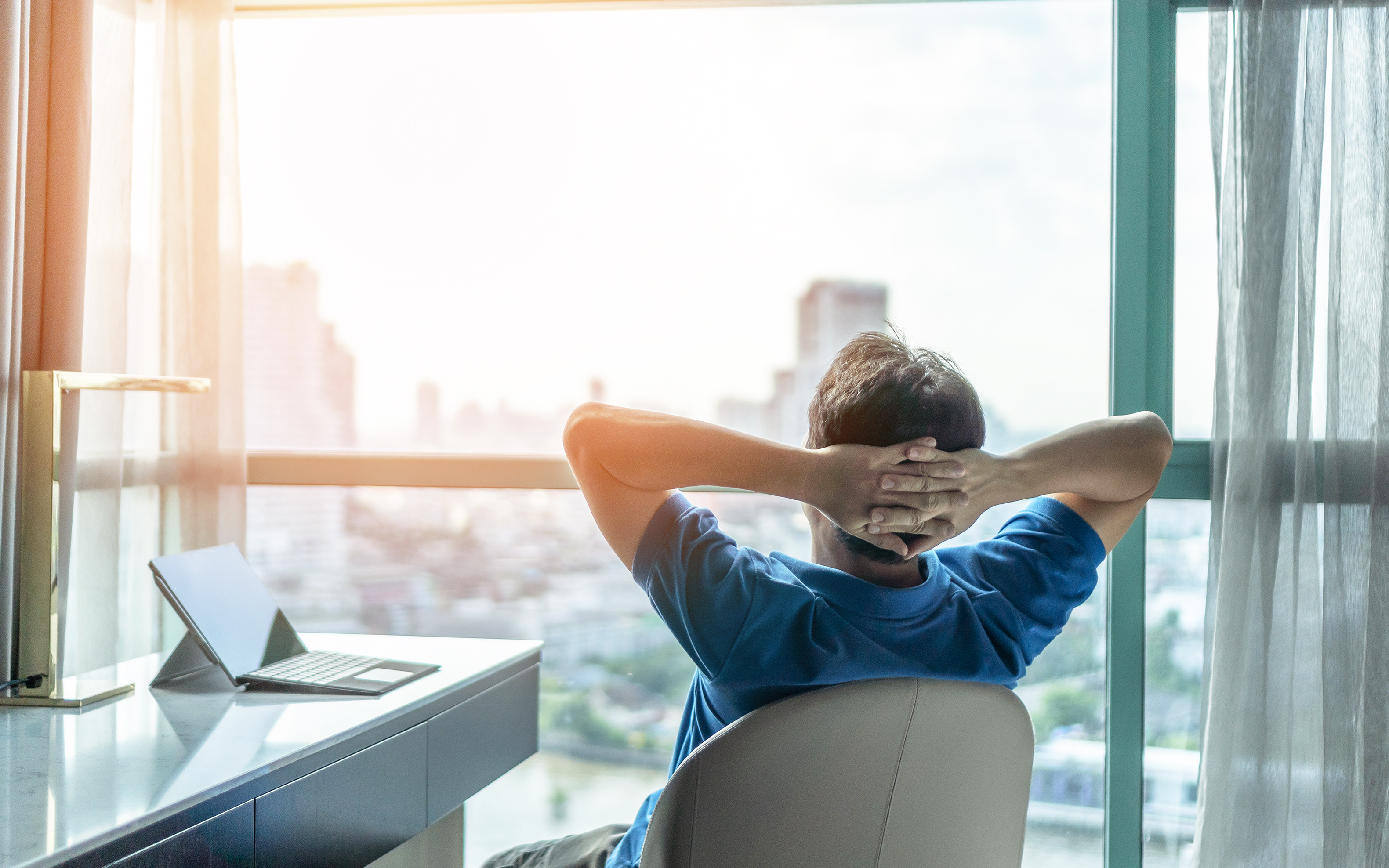 Sure, the stock market is booming now, but remember that it was also booming in January of this year — right before the quickest market crash of all time. Meanwhile, Congress is at an impasse on a new stimulus deal, even though leading Federal Reserve officials are pleading for more fiscal help.

A sudden market turnaround isn’t out of the realm of possibility. You can prepare for it and reduce your risk by investing in recession-resistant businesses. Investing in recession-proof stocks lets you sleep well at night and hold for the long-term, no matter what craziness is going on in the real economy. While no stock is 100% immune to the real economy, some companies have better business models for dealing with downturns, even in the high-flying technology sector.

Some recession-resistant companies offer needed goods or services that must be bought in good times and bad. Others cater to a mass-market audience, providing a good or service at lower costs than competitors. That second type of stock may actually benefit during recessions by scooping up market share.

That’s why the following four recession-resistant tech stocks look like fine buys today, even if the stimulus lags and the economy double-dips. 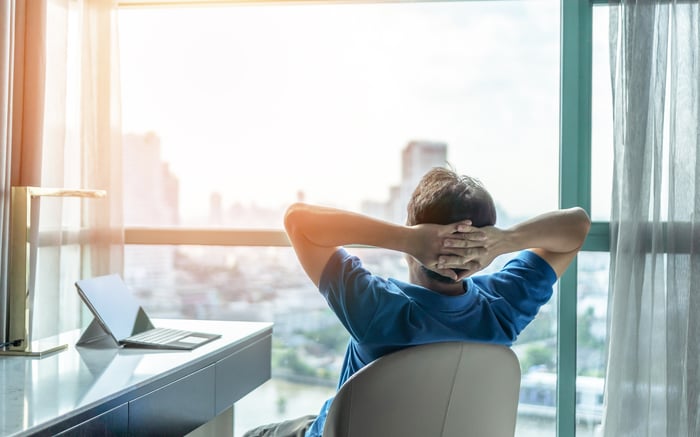 It’s Prime Day! That means deals, deals, deals on a wide variety of goods and services from Amazon (NASDAQ:AMZN), the dominant player in U.S. e-commerce. Amazon was the first mover in e-commerce. Today, its massive scale and distribution network allow it to offer unbeatable selection, prices, and one-day delivery, which the company rolled out last year.

Even in tough times, it’s really hard to give up your Amazon Prime membership, which counted more than 150 million members worldwide as of last year. Given the importance of Amazon’s services amid the pandemic, that number is likely only moving higher. In fact, by some conjectures, 82% of U.S. households have a Prime membership. That type of market penetration and minimal competition suggest these subscribers are already locked into the Amazon ecosystem and aren’t likely to break away, even in rough economic times.

Don’t forget, Amazon Web Services offers lots of cost benefits to large corporations and start-ups alike, giving them flexibility with their IT infrastructure spending in tough times. Many observers still believe we’re in the early innings of public cloud migration today, which means AWS is set to grow robustly for years, no matter the economic backdrop. 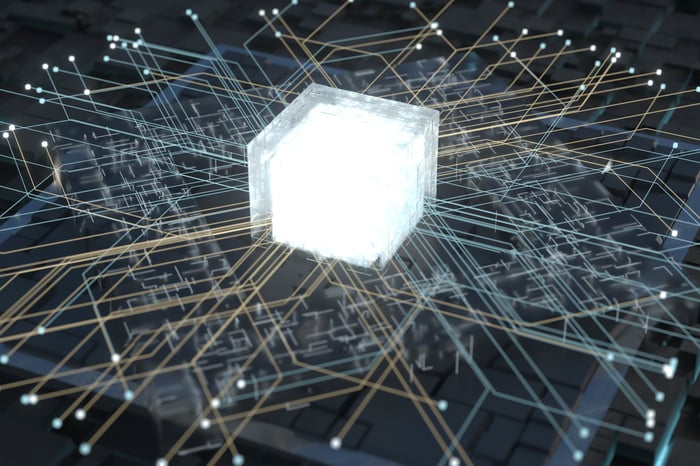 While chip sales may fluctuate year to year, semiconductor companies will likely spend more with Synopsys every year to retain their long-term competitive positions. Additionally, Synopsys benefits from the same types of network effects and high switching costs that all leading enterprise software companies enjoy; namely, once a piece of software becomes an industry standard, most employees become familiar with it, which makes it hard for a company to switch.

Last quarter, Synopsys grew its top line 13%, even in the pandemic-fueled second quarter. But the best part? Adjusted (non-GAAP) profits soared by a whopping 47.4% as the company benefited from huge operating leverage over its fixed cost base.

While today’s valuation may look a tad pricey at 55 times earnings, the company’s forward PE is a more manageable 37. That’s not a bad price for a recession-resistant company set to benefit from the near-certain growth of advanced semiconductors over the next decade and beyond.

Ubiquiti (NYSE:UI) is an off-the-radar stock that has provided blockbuster returns over the past five years. Ubiquiti is an odd company in many ways. Founder and CEO Robert Pera actually owns almost 90% of shares outstanding. If that doesn’t align public shareholder interests with management, I’m not sure what will.

Besides well-aligned interests, Ubiquiti has a great business model to weather economic downturns. Unlike high-priced networking equipment from large enterprise vendors Cisco or Hewlett Packard Enterprise, Ubiquiti takes the essential features, then offers quality networking products at bargain-basement prices that can be as much as 70% or 80% cheaper than high-priced enterprise offerings.  Unless you’re a giant company, Ubiquiti could provide the best networking solution when times get tough.

Despite its low prices, Ubiquiti actually makes very high operating margins (in the mid- to high-30% range) thanks to its bare-bones cost structure, which requires very little in the way of sales and marketing costs. Instead, Ubiquiti has bet that its affordable prices and engaged online community will fuel word-of-mouth for its products. Given the strong growth over the past few years, that plan seems to have been validated. Meanwhile, its high margins and capital-light model have allowed for ample share buybacks and a rising dividend, which the company just raised by 33% back in August.

Even in a recession, people still need to connect, and Ubiquiti’s portfolio of enterprise networking for small businesses, as well as its wireless broadband products for rural communities and developing countries, should continue to be in demand. With high-quality products at bargain prices, it’s a good recession-resistant tech play. 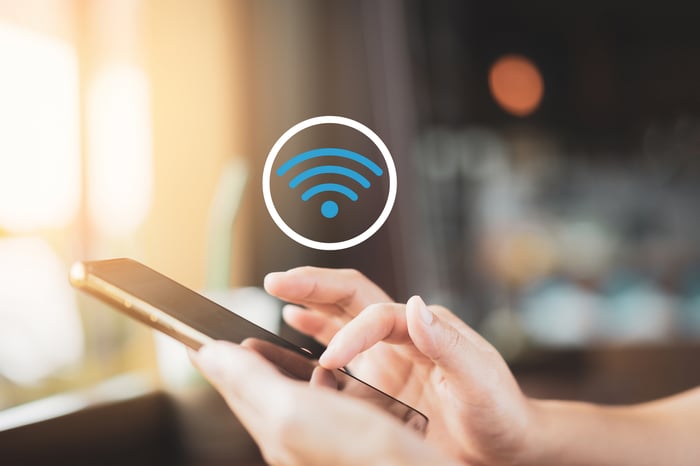 Low-cost wireless communications vendors like Ubiquiti and T-Mobile should do well in a recession. Image source: Getty Images.

Our smartphones are basically the centers of our individual worlds right now, so wireless plans aren’t in danger of getting cut during a recession. T-Mobile (NASDAQ:TMUS) is thus perhaps one of the best tech stocks to own in a recession. The renegade telecom has eaten up market share over the years. Not only has it offered lower prices than large incumbent competitors, but it has also done away with many customer pain points, like data caps and hidden fees.

Thanks to its merger with Sprint earlier this year, T-Mobile now has a chance at massive cost synergies and the deepest 5G spectrum portfolio in the industry. That means T-Mobile could actually leap ahead of leaders in terms of network quality. Meanwhile, management has clearly signaled that T-Mobile intends to keep its low-cost ethos, which means it may continue to eat up more market share in the 5G era, even beyond the roughly 30% share it enjoys today. In fact, the company just surpassed AT&T to become the second-largest carrier in the U.S. last quarter.

When times get tough, people reassess their monthly costs, which may cause them to reexamine their usually very “sticky” wireless subscription. In that type of environment, T-Mobile’s share gains should accelerate, just as they have over the past decade.