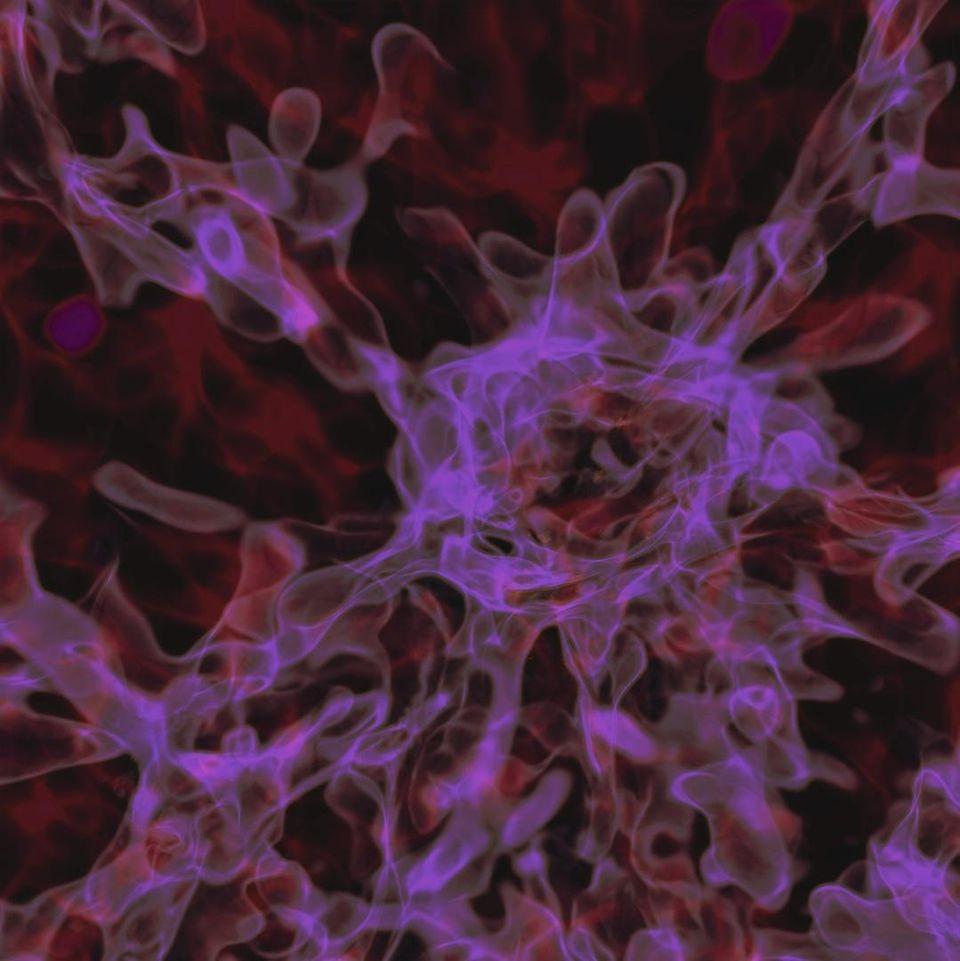 What We Still Don’t Know About Dark Matter

When we look out at the Universe, we have two general ways to try and make sense of what’s out there. The first is by looking directly at the light emitted and absorbed by matter in the Universe: through direct astronomical observations. But the second is to use the laws of gravity — and the effect that matter and energy have on the curvature of space — to try and reconstruct how much mass must be present in a particular physical system. One of the biggest puzzles of modern astrophysics is that these two independent methods, which both measure the same Universe, don’t match up.

For some reason, everything that emits or absorbs light, from stars to black holes to planets to gas to dust to plasma and more, only adds up to about 15% of the total amount of matter that gravitation tells us must be there. On large, cosmic scales, the structures that form and bend light have a gravitational effect that’s about six times as large as all the normal matter that’s out there can provide. The rest? We call it “dark matter,” and while the evidence for it is overwhelming, there’s still an awful lot we don’t know about it at all.

Astrophysically, there’s an enormous suite of indirect evidence that supports the existence of dark matter. On the scales of individual galaxies, the spirals rotate faster towards the outskirts than the detectable matter in their disks would indicate. The smaller-mass galaxies have an even larger than 6-to-1 gravity-to-matter ratio, indicated that the normal matter but not the dark matter is ejected by episodes of star formation. And the gravitational effects on satellite galaxies and neighboring galaxies indicates not only the presence of additional mass, but its distribution in a large-scale halo that goes far beyond the physical extent of stars, gas, and dust.

On even larger cosmic scales, the effect of dark matter unambiguously appears in gravitational lensing: where the total amount of mass bends and distorts background starlight. It appears in galaxy clusters, and is required for galaxies to move around internally at the observed speeds without flying off. It’s required to explain the features we see in the large-scale structure of the Universe, including in the cosmic web. We see its imprint in the cosmic microwave background, and we cannot explain the physics of colliding galaxy clusters without it.

There’s a lot we can learn about dark matter from these indirect measurements alone. We can learn that dark matter behaves as though it has mass, but doesn’t emit or absorb light; it can only bend it through its gravitational effects on spacetime. It’s not actually dark; it’s rather transparent, as it doesn’t have a color at all. It has no way — to the best of our knowledge — of collapsing to form compact objects, as it doesn’t appear to collide with matter or dissipate energy or lose angular momentum. As a result, it remains in a fluffy, diffuse halo at all scales, extending far beyond the typical locations of normal matter.

The necessity for the existence of a new type of matter is supported by an enormous suite of indirect measurements, which rule out the notion that “unseen” normal matter could be responsible, that any of the known particles of the Standard Model could be responsible, or that our astronomical measurements could be in error. Either something extraordinary is wrong in a very conspiratorial way with our understanding of the Universe, or the dominant form of matter in the Universe has yet to be directly discovered. And oh, are we trying.

Although the first observations suggesting the existence of dark matter were largely ignored — way back in 1933, as the speeds of individual galaxies within a cluster of galaxies were too great to be explained by the observed matter — the evidence in favor of it was substantial and compelling by the 1970s. As a result of these astronomical indicators, a number of theoretical developments ensued, putting forth proposed mechanisms that would create copious amounts of new, exotic particles that behaved as dark matter does, without conflicting with existing particle physics constraints.

A class of candidate particles called WIMPs emerged, which wouldn’t interact through the strong or electromagnetic forces, but could experience either the weak force (although at a weaker level than neutrinos) or a novel interaction that only occurred rarely: “weak” in the colloquial sense. Other candidate particles — sterile neutrinos, ultra-low-mass axions, even ultra-massive particles known as WIMPzillas — also emerged. Yet, despite an enormous suite of experiments that have followed, there are no compelling, sufficiently significant results that can be called a positive detection of any of these candidates.

Despite the overwhelming evidence that:

the nature of what’s behind “dark matter” is still completely obscure to us.

We don’t know what type of particle dark matter is, and whether there’s dark antimatter as well. All the particles we know of come in two varieties: fermions (like electrons or neutrinos, which have spins that only come in half-integer values) and bosons (which has spins that come only in integer values). If dark matter is made of bosons, then dark matter is just made of that “stuff” and those particles behave as their own antiparticles. But if it’s made of fermions, then there are antiparticle counterparts to it, and then “dark antimatter” will be a real thing. Both possibilities are still in play.

We don’t know whether dark matter interacts with itself in a non-gravitational way. Our models and simulations of dark matter are based on a simple assumption that’s consistent with all our observations: that dark matter, once it’s created, only interacts gravitationally. But it’s possible that dark matter might not only interact (albeit very weakly) with normal matter, but possibly also with itself. This could be through the weak force, but it could also be through a dark-matter-only interaction that would be evidence for a new force. Some argue that the poor fits the simplest non-interacting cold dark matter models give for actual galactic halos supports this hypothesis.

We don’t know whether there are “dark atoms” or any other complex “dark structures” in the Universe. Imagine that we had no way of interacting with the electromagnetic force at all, and couldn’t observe light or normal matter the way we conventionally do. What would we conclude about normal matter? Would we incorrectly assume it was “all the same stuff,” like we do for dark matter? It’s just as plausible that there are many types of dark matter, with their own rich dark sector: dark forces, dark interactions, and even dark structures. Although we have constraints on what can form, they’re not particularly meaningful; they only rule out structures that are collapsed and have shed large amounts of angular momentum and energy. Everything else is still in play.

We don’t know how to detect “dark signals” that can emerge from real astrophysical processes. Imagine that you have a black hole; it’s not just normal matter that can fall into it, but dark matter as well. Infalling dark matter will get accelerated to relativistic speeds, will emit gravitational radiation, and could, in principle, affect both normal matter and emit other types of radiation as energy is lost. But without knowing the particle properties of dark matter, we cannot predict what they are. All we can do is look with our current detectors, which don’t yield observable signatures. There are limits, and below those, only a myriad of possibilities.

There are some tantalizing signals that the optimists among us point to as possible hints of dark matter, but they could also arise from more mundane physical phenomena: phenomena that don’t require any novel physics at all. A few months ago, the XENON experiment announced a signal that could be due to a form of light dark matter, one of the most compelling “bumps” in the data ever extracted. But it could also be to a mundane source like contamination with tritium, which would be fascinating, but wouldn’t teach us anything about dark matter.

The Alpha Magnetic Spectrometer experiment aboard the ISS has seen an excess of positrons with a cutoff in its spectrum, which could arise from dark matter, but could also arise from astrophysical sources (like pulsars) within our galaxy.

The DAMA experiment sees an annual modulation in their data which could be attributable to dark matter, but the experiment itself engages in some very suspicious, poorly controlled practices, and has not been sufficiently reproduced.

And there is an excess of gamma-rays from the galactic center, long hoped to be a signal of annihilating dark matter. But a recent study appears to have dashed those hopes, pointing instead to high-energy astrophysical sources. Unfortunately, these “clues” that could point to dark matter could also all point to something other than dark matter just as easily.

Without any additional signals beyond what its gravitational properties tell us, it’s easy to take the most conservative route possible and to assume that dark matter is all the same type of particle, interacting through the gravitational force alone. But that’s an enormous presumption on our part: why would the dark matter sector, which we know virtually nothing about, abide by the simplest realistic scenario that we can imagine? All we have are constraints on what it cannot be; we know almost nothing about what dark matter truly is.

Is it made of a large number of very low-mass particles, a small number of very high-mass particles, or some combination of multiple species of particles? Is there dark matter and dark antimatter? Does it interact with itself or with normal matter through any force other than gravity? Does it form structures through a dark-matter-only force, or possibly even more than one force? We’ve only been certain of dark matter’s existence for a few decades, and other than its total density and cold nature, we know almost nothing about it.

In the face of a great cosmic unknown such as this, it’s vital to keep an open mind to what remains possible. It’s important to remember that the Universe has surprised us before, and is likely to surprise us again before all is said and done.