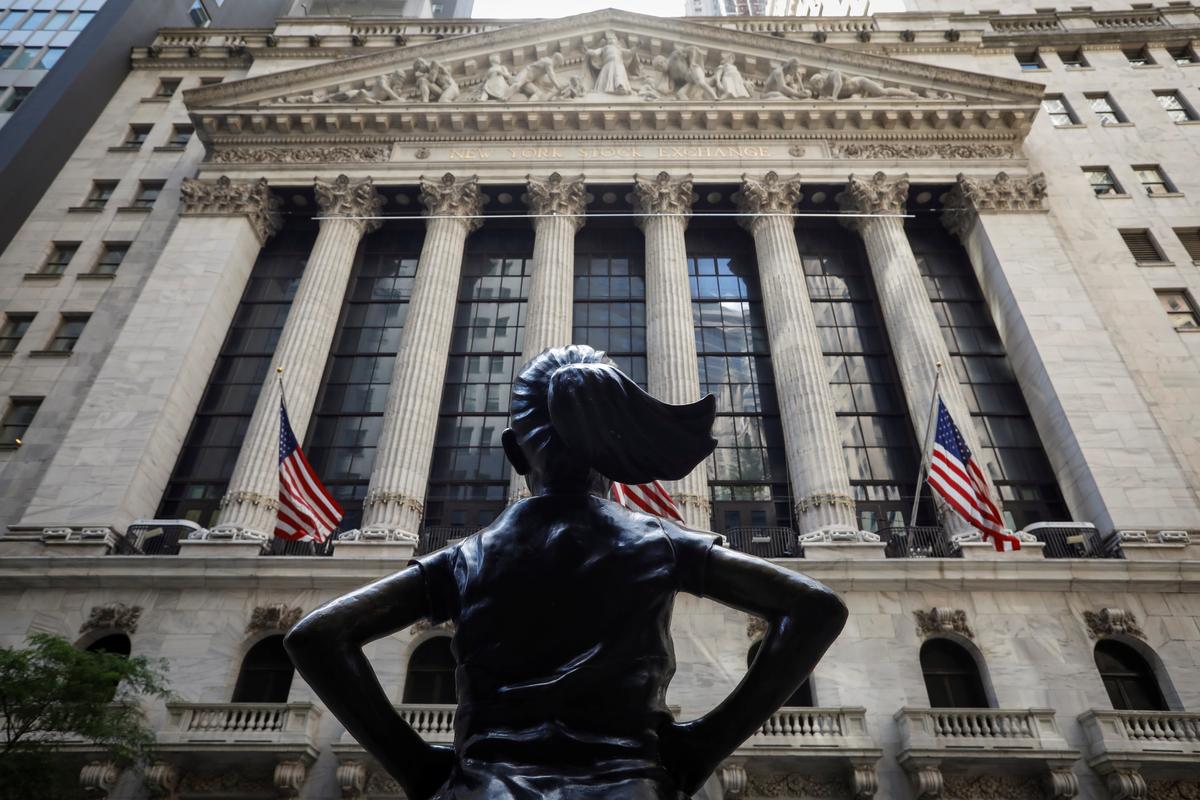 NEW YORK (Reuters) – A scorching stock market rally that pushed the benchmark S&P 500 to its best August in more than 30 years is entering what is historically the most volatile two-month stretch of the year, increasing the likelihood of market turbulence in the final stretch before the U.S. presidential election.

So far, investors who bailed on the U.S. stock market due to the economic toll of the coronavirus pandemic and increasing unemployment have paid a price. The S&P 500 is near record highs and up 7% year-to-date, including an 11.5% gain since the start of July.

The S&P 500 logged one of its few significant declines since the start of summer on Thursday, falling 3.5% as investors dumped high-flying, technology-focused stocks – sending the market’s fear gauge, the CBOE Market Volatility index , near a 10-week high.

Thursday’s declines may be a preview for a rocky next two months as institutional investors return from summer vacations and refocus on the potential economic pitfalls in the year ahead, fund managers and strategists said.

“Historically, you see low trading volumes in the summer and low information processing. That has been true this year as well,” said Jonathan Treussard, partner at Research Affiliates. “I can assume that on the back of pretty severe mental exhaustion from the first half of the year, a lot of people tried to unplug and are starting to get serious again now.”

Overall, the S&P 500 has fallen by an average of 0.5% in September since 1944, the largest decline of any month, and fallen on average during each election year over that span, according to research firm CFRA. The largest average losses have come in cyclical stocks including auto parts, steel and semiconductors. The best-performing months have been April and December.

Among key events that investors are watching for this month is the Federal Reserve’s policy meeting to discuss potential further steps to support the economy on Sept. 16, the central bank’s last meeting before the November elections.

A breakdown in negotiations between congressional Democrats and the White House for another economic stimulus bill may further increase volatility at a time when the S&P 500 is trading near its highest valuations since the late 1990s tech boom, said Sam Stovall, chief investment strategist at CFRA.

Following the death of more than 184,000 people in the U.S. from COVID-19, there could be increased fear of a new wave of the coronavirus. The New York City school system, the country’s largest, this week pushed back its opening day in order to put more health measures in place.

In addition, the concentration of gains in a handful of tech stocks such as Apple Inc (AAPL.O) and Amazon.com Inc (AMZN.O) leaves the market at a greater risk for a deep sell-off as uncertainties over the presidential election rise, said Charlie Ripley, senior investment strategist for Allianz Investment Management.

Concerns over election uncertainty have risen because of a heavier reliance on mail-in ballots due to the pandemic. President Donald Trump has asserted, without evidence, that mail ballots would increase fraud and disrupt the November election, although experts say voter fraud of any kind is extremely rare in the United States. Trump increased those calls Wednesday by suggesting that residents of battleground state North Carolina try to vote twice, an illegal act.

The presidential election “will bring volatility to the markets even beyond the actual election day. There is the potential things will not be decided the night of the election” due to delays in counting mail-in votes, Ripley said.

“Stocks are already near all-time highs,” he said, “so it doesn’t take a lot for things to go sour.”