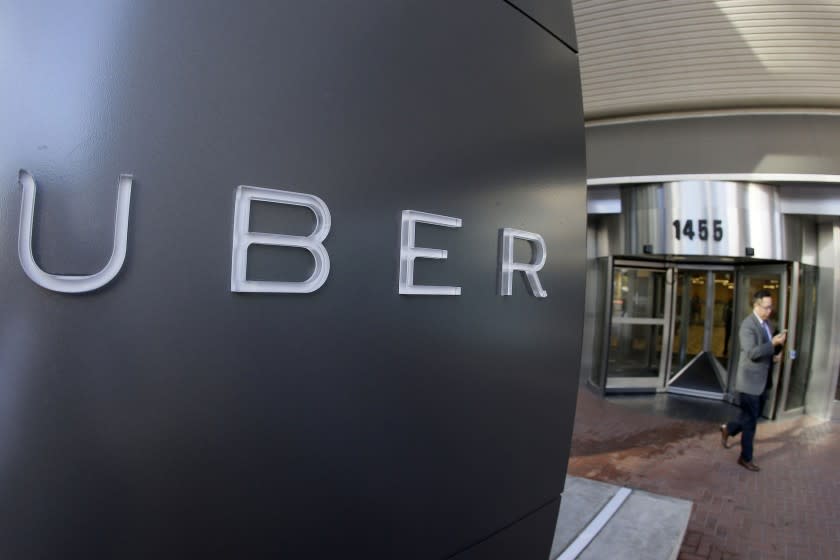 Uber has spent nine months battling California regulators’ demands for detailed information on sexual harassment and assault claims made by its customers and drivers. The company’s favored legal strategy of asking forgiveness rather than permission will face a fresh test Tuesday, when an administrative law judge will hear testimony to decide whether to recommend hefty penalties for its refusal to cooperate with an inquiry by the state’s Public Utilities Commission.

The hearing, scheduled for 1:30 p.m., follows a July 27 ruling upholding the five-person commission’s authority to investigate complaints in order to promote rider safety — authority Uber has allegedly flouted in failing to answer its questions and submit required data.

The commission could impose penalties on Uber of up to $100,000 per offense and fines of up to $5,000 per offense. It could choose to suspend or revoke Uber’s operating permit — or levy an additional $7,500 fine for each violation. And each fine could be multiplied by each day Uber refused to submit information, according to CPUC spokeswoman Terrie Prosper.

That could add up to tens of millions of dollars, depending on how the judge and the commission define and weigh each alleged violation.

The conflict goes back to December, when Uber disclosed it had received roughly 6,000 reports of sexual assault in the United States over the course of two years. It was the first time the company, which in its early years frequently ignored local regulations and brought drivers onto its platform without robust screening, had revealed such data.

The release of the 84-page report came in response to widespread criticism of Uber’s safety practices by legislators and advocates. But rather than pacify them, it invited more questions.

On Dec. 19, Administrative Law Judge Robert M. Mason III ruled that Uber must provide more detailed information to the commission, including the names and job titles of Uber employees, contractors and consultants who drafted the U.S. safety report. The ruling also required descriptions of each sexual misconduct claim that occurred in California from 2017 to 2019, as well as the names and contact information of any witnesses (including victims) and Uber employees who received the reports.

Uber pushed back, filing a motion for reconsideration and questioning the purpose of releasing this data to the commission. The company argued that public disclosure of victims’ information could be traumatic for them or put them in danger.

In late January, Mason denied Uber’s motion but ruled that certain identifying information could be filed under seal in order to better protect victims and witnesses.

In response, Uber filed a motion asking the judge to stay parts of the December ruling that required the company submit to questioning. Uber also asked for a judge other than Mason to be assigned to oversee the case.

“The CPUC is asking Uber to turn over the names and contact information of victims of sexual assault, without their consent,” Uber spokeswoman Jodi Kawada Page said in an emailed statement Monday. “This unprecedented request, whether provided publicly or under seal, violates the privacy rights of survivors who should maintain control of their stories. We were the first in the industry to proactively release safety data and should not be singled out for being transparent and siding with survivors.”

Uber received 1,243 reports of sexual assault or harassment within California, accounting for 21% of complaints included in the company’s December U.S. safety report, according to the filing.

With the state also cracking down on Uber for resisting compliance with state employment law, Assembly Bill 5, the company will probably try to do everything it can to delay any and all consequences until after the November election, said labor lawyer Shannon Liss-Riordan, who has litigated against Uber on behalf of drivers over the years.

Uber and ride-hailing competitor Lyft have spent millions bankrolling ballot initiative Proposition 22, which will serve as a referendum of sorts on how ride-hailing companies should be allowed to operate in California. AB 5, which went into effect Jan. 1, established stricter standards by which workers can be treated as independent contractors rather than employees. Proposition 22 would carve out a new category of work for drivers, essentially granting Uber and other gig economy companies an exemption from AB 5 and a pass on paying for a slew of worker benefits and protections.

“Regulators are coming after Uber from different directions so it’s getting harder for [the company] to find any place to hide,” Liss-Riordan said.