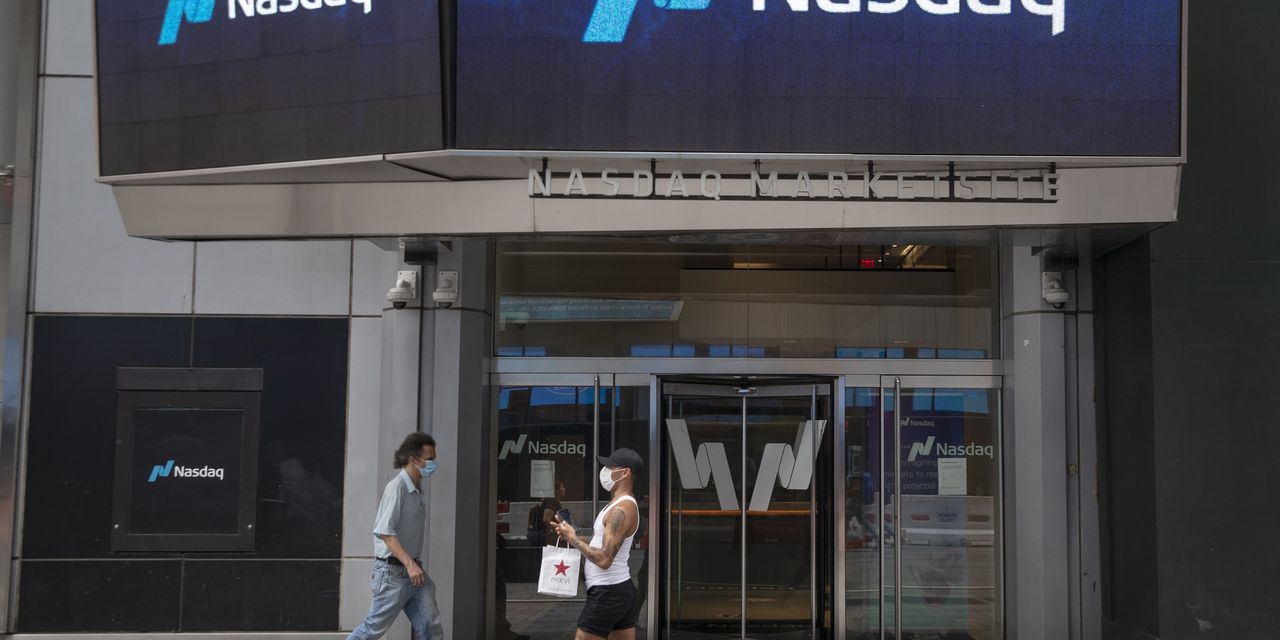 The yield on the benchmark 10-year Treasury notched its largest single-day decline in a month after a steep fall in technology stocks pushed investors to the safety of government bonds.

The drop in yields began overnight alongside futures for the tech-heavy Nasdaq Composite Index. Yields continued to fall early Tuesday before paring some of their declines in the afternoon.

A steep decline in shares of large technology companies has rattled markets in recent sessions, fueling worries that momentum has run out for some of the stocks that powered markets to fresh highs this summer. The Nasdaq shed more than 4% Tuesday, entering correction territory. Tech-sector weakness dragged the S&P 500 down 2.8% and the Dow Jones Industrial Average down 2.2%.

Declines in riskier assets including stocks tend to increase the appeal of relatively safe assets such as Treasury notes and the U.S. dollar. The WSJ Dollar Index, which measures the U.S. currency against 16 others, gained 0.5% to 88.59.

One factor supporting government debt: concerns that the fall in stocks could slow the wave of corporate issuance expected in the coming days, analysts said. Investment-grade corporate-bond issuance last month reached almost $108 billion, according to Dealogic, the most for any August on record. High supplies of corporate debt often push Treasury yields higher because investors tend to sell Treasurys to raise money to buy corporate bonds.

Issuance is “going to be a question of degree,” said Jim Vogel, interest-rates strategist at FHN Financial. “Everyone knows there’s going to be a lot of issuance. But there was a lot of supply in August, so people might not have to rush as much in September as they usually do.”

Tuesday’s move marks a reversal after a run-up in Treasury yields that preceded the holiday weekend. The 10-year yield notched its largest one-day increase since May in the wake of Friday’s better-than-expected jobs data.

The retreat is the latest sign of the 10-year yield’s recent stall within a narrow range around 0.66%, weighed down by factors including investors’ expectations for tepid growth and inflation and bond buying from the Federal Reserve.

Appeared in the September 9, 2020, print edition as ‘Treasurys Notch Biggest Gains Since August.’