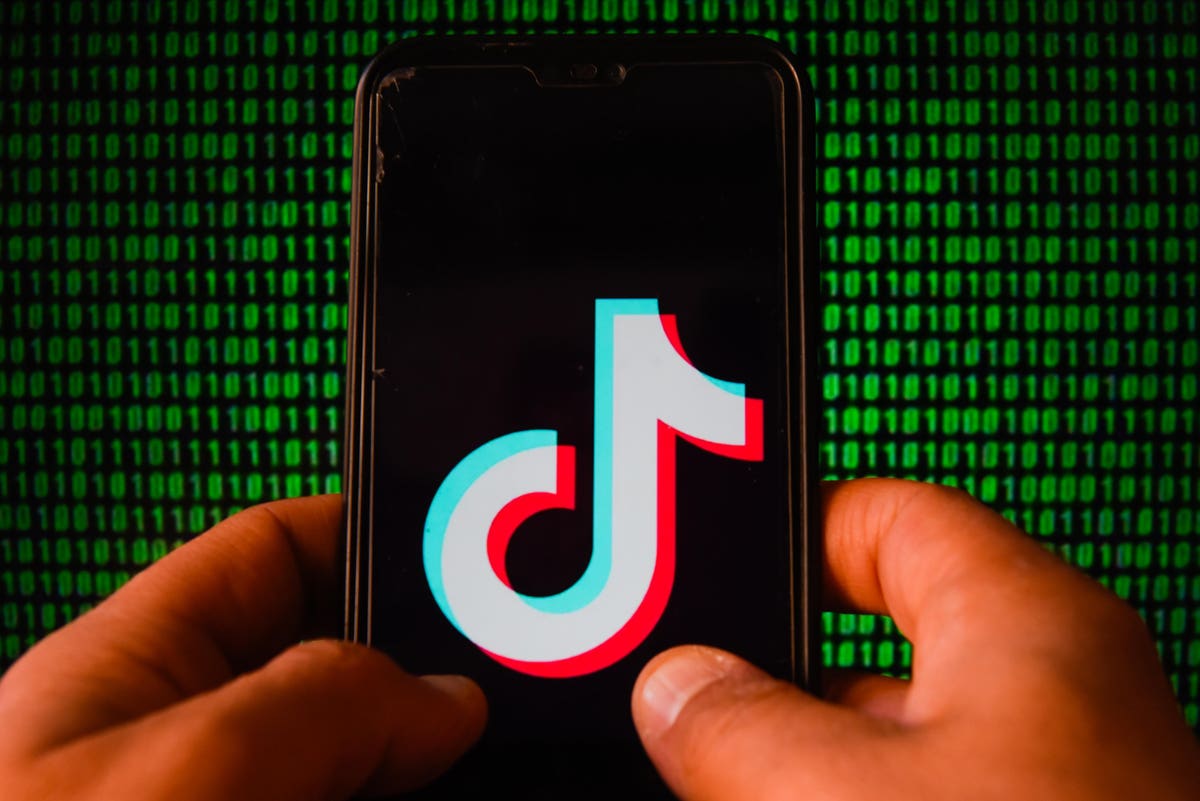 Not only did the President’s seemingly contradictory actions on the matter—including debasing the outcome of long run, systemic investigation of TikTok by the interagency Committee on Foreign Investment in the US (CFIUS) in favor of a tactic to issue an ad hoc Executive Order—worsen the risk profile of investing in the U.S., but they energized China to suddenly initiate modifications in their export control regime to counter specifically White House policy.

There cannot be salutary movement toward jump-starting global economic growth in the midst of a pandemic when the world’s two largest economies continue to escalate their economic frictions and veer toward a “decoupling.”

Newly released data from CFIUS on its 2019 operations make clear China is already pulling back its investment in the U.S.  While such an outcome would seem to align with the current U.S. administration’s goal vis a vis China, other sources of inbound U.S. foreign investment are taken note and could well re-orient their transactions to other geographies.

The writing was on the wall about TikTok back in 2019, immediately in the aftermath of CFIUS’ decision that Beijing Kunlun Tech (BKT) would need to divest itself of Grindr, a U.S.-owned online dating app BKT acquired over 2016-2018. CFIUS’ rationale in the BKT-Grindr divestiture case stemmed from the Committee’s concern about the national security implications of foreign parties’—in this case, the Chinese—access to personal data of U.S. citizens.

It was not far-fetched to speculate at that juncture ByteDance may well meet the same fate with TikTok, as I did earlier in this space, partly the successor entity of the U.S. app Music.ly which ByteDance acquired in 2018. In fact, CFIUS recently acknowledged it began an investigation in 2019 of ByteDance-TikTok.

As CFIUS was wrapping up its investigation of TikTok this Summer, Mr. Trump began pondering his next move in his trade war with China. Taking note of Narendra Modi’s ban on the use of TikTok in India, Trump became poised to replicate that tactic for the U.S.

The wrinkle, of course, is unlike India, a legacy asset of TikTok drew from U.S. ingenuity (in the guise of Music.ly). Thus, a U.S. ban on the app seems like an odd policy choice, especially in an election year in light of TikTok’s U.S. user-base of 100 million people.

Nonetheless, amid debate within the White House about the wisest course of action, on August 6 Mr. Trump issued an Executive Order declaring the use in the U.S. of TikTok would be banned in 45 days.

The core of the legal basis of Trump’s action was the International Emergency Economic Powers Act (IEEPA). The President deemed TikTok to be posing an “unusual and extraordinary threat” to the U.S., creating a “national emergency.”

If those underpin the President’s rationale, a substantial portion of the text of his Executive Order would appear to be going in a different direction. The Order states:

TikTok also reportedly censors content that the Chinese Communist Party deems politically sensitive, such as content concerning protests in Hong Kong and China’s treatment of Uyghurs and other Muslim minorities. This mobile application may also be used for disinformation campaigns that benefit the Chinese Communist Party, such as when TikTok videos spread debunked conspiracy theories about the origins of the 2019 Novel Coronavirus.

On August 14, referencing CFIUS’ investigation, Mr. Trump then issued a second Executive Order. This one specified ByteDance has 90 days to divest from its U.S. assets and any data TikTok had gathered in the United States.

Understandably, reactions by investors—both in the U.S. and in other countries—to Mr. Trump’s issuance of both Executive Orders (and within one week’s time) has been one of confusion. Needless to say, confidence in the clarity of U.S. policy toward foreign investment has started to erode.

If that wasn’t enough, Mr. Trump has made a variety of public pronouncements as to which specific U.S. firm would be a desirable acquirer of ByteDance’s U.S. assets; indeed, he mentioned a few by name, including Microsoft, the CEO of which acknowledged he spoke on the phone with the President about the potential transaction.

More oddly, Mr. Trump suggested the Federal government should be paid a “finder’s fee” for the consummation of the transaction, indicating “because we’re making it possible for this deal to happen”.

To say Mr. Trump’s actions conflate private and public interests is an understatement. As someone who has spent much of their career working on the ground in many emerging markets where authoritarianism was not an uncommon feature of the political landscape, the conduct of the U.S. president is strangely familiar.

None of Washington’s machinations were lost on Beijing.

On August 28, China’s Ministry of Commerce announced that along with the Ministry of Science and Technology, changes had been made to the list of items subject to the country’s export control licensing regime.

Although 9 items had been removed from the list, 33 other items had been added, including products related to “information processing technology” and “artificial intelligence.”

To eliminate any doubt the inclusion of these two categories meant a sale to a foreign party of services provided by the TikTok app would require going through the approval process to attain a license from the government, a well-known Chinese trade expert who has a PhD from the London School of Economics and currently on the faculty of Beijing’s University of International Business, gave an interview to China’s official Xinhua News Agency indicating just that.

While some Western commentators suggested Beijing’s move could indicate the U.S. and China had reached otherwise illusive substantive consensus about what constitutes threats to national security, there is little doubt the coincident timing of China’s actions were tactical.

At the Ministry of Commerce’s regular press conference just 1 week earlier, the Ministry’s spokesperson explicitly chided the U.S. for its expansive definition of “national security” and accused the U.S. of “bullying” other countries.

Indeed, the smart money is on Beijing trying to outmaneuver Washington’s conclusion of TikTok’s divestiture prior to the U.S. election in November or generate a bidding war in the U.S. to increase the amount paid for ByteDance’s assets or both.

In addition, China may well be aiming to foster tension in the U.S. between the White House and U.S. corporate suitors of TikTok or corner Trump so he has no choice but to impose a ban on TikTok, knowing that his doing so would be highly unpopular among the large number of U.S. users of the app.

Whatever is behind Beijing’s motives vis a vis TikTok, there is no question China’s view of, and actions undertaken toward, investing in the U.S. have dampened considerably in the last few years.

This is only in part due to Mr. Trump’s policy stance against China—which clearly shows little sign of easing. Equally, if not more important, is the increasing impact of The Foreign Investment Risk Review Modernization Act of 2018 (FIRRMA) and the subsequent changes it has recently introduced into CFIUS’ decision-making.

The 2019 Annual Report to Congress on CFIUS operations, released at the end of July, makes this clear.

Arguably, the 2019 Annual Report does not yet reveal the full the impact of FIRRMA on the tenor of CFIUS’ actions in conditioning inbound FDI to the U.S. While some portions of the statute concerning CFIUS became effective in November 2018, the core CFIUS-related provisions—the implementing regulations pertaining to “Critical Technologies”—only became finalized in February 2020.

However, because a preliminary form of those implementing regulations was piloted starting in November 2018 (the “Pilot Program for Critical Technologies”), the global “market” for U.S. inbound foreign investment transactions was able to develop a good sense of the ultimate stance of the Critical Technologies regulatory regime.

Nonetheless there have been two immediately obvious effects of the new law.

One is the availability of a potentially more rapid review by CFIUS. Specifically, under the Pilot Critical Technologies program, FIRRMA created a “fast track” 30-day assessment by CFIUS of a proposed transaction if parties choose to file an abbreviated “Declaration” as opposed to the lengthier, traditional “Notice”—the review of which was elongated under FIRRMA from 30 to 45 days. However, in either case, if the sector in question was on the Pilot Program Critical Technologies list, the notification to CFIUS was made mandatory by FIRRMA.

I indicate a “potentially more rapid” review because under FIRRMA, CFIUS may well require parties filing a Declaration to nonetheless file the longer Notice subsequently if it deems the former as providing insufficient information.

For 2019, the CFIUS report to Congress indicates that whereas 94 Declarations were filed, CFIUS cleared only about one-third of the transactions notified in that manner. For the parties file the remaining two-thirds of the Declarations, a little less than half was obligated to file Notices and the remainder was informed CFIUS was “unable to complete action.”

The second stems from the fact that FIRRMA reflects substantially increased “buy-in” from the legislative branch in how executive agencies regulate national security risks of FDI. As I’ve previously indicated in this space, foreign investors would do well to recognize this policy dynamic. If nothing else, more extensive Congressional oversight of CFIUS portends greater politicization of the U.S. policy regime governing inbound FDI.

Clearly, CFIUS, itself, has become attuned to this. Unlike in previous years when there was a very long lag in CFIUS issuing its annual assessments, often of year or more duration, the 2019 report to Congress was published only a few months following the publication of the 2018 report!

Still, a degree of self-selection on the part of CFIUS filers—most notably those with transactions involving Chinese entities—is occurring.

Why do I indicate “approximately?” Because there are a variety of reasons why CFIUS Notices are withdrawn, and given the confidential nature of CFIUS’ operations, these are not fully disclosed. Therefore, these data should be interpreted accordingly.

Where CFIUS’ data do give a bit more precision is the number of “Notices Withdrawn and Transactions Abandoned in Light of CFIUS-Related National Security Concerns.” CFIUS defines this category as when “the parties withdrew their Notice and abandoned the transaction after either CFIUS informed them that it was unable to identify mitigation measures that would resolve its national security concerns or it proposed mitigation measures that the parties chose not to accept.” (Obviously this excludes withdrawals for other reasons, some of which CFIUS may not know or cannot disclose.)

Two dimensions are notable from the data in CFIUS’ 2019 Report to Congress, and both seem to suggest a similar picture of greater self-selection by CFIUS Notice filers over the 2017-2019 period.

There is, of course, a reason I have focused on this “self-selection” trend.  And this bring us back to China.

While Chinese-related transactions accounted for the largest share of all Notices filed in 2017 and 2018 (25% and 24%, respectively), in 2019, China’s share fell to 11%. That’s a 50% decrease. Indeed, for 2019, deals related to Japanese entities accounted for the absolute largest number of filed CFIUS Notices, equal to 20% of the total.

The irony of Japan overtaking China to occupy the leading position in CFIUS filings will not be lost on those of us who were involved in the 1980s when the raging debate was over the threat Japan poses to U.S. competitiveness.