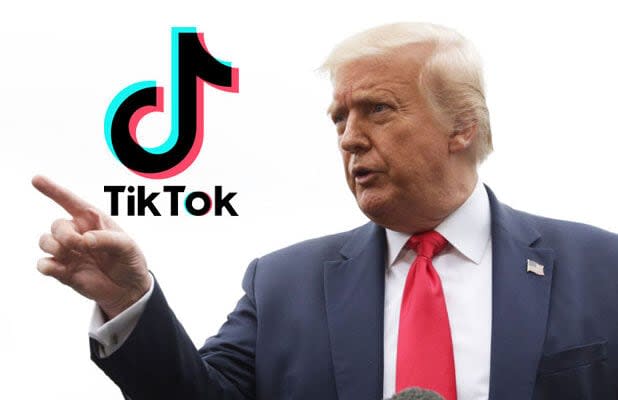 “They’re going to report the full scope of the deal very soon, very soon. But it’ll be totally controlled by Oracle and WalMart,” Trump added Saturday. He further said (via the Wall Street Journal) that the deal would produce 25,000 new jobs, mainly in Texas, and that the two companies would be setting up a $5 billion fund to educate young Americans, but did not expand on those details.

The Chinese company ByteDance, which owns TikTok, must now sign off on the deal before anything goes forward, and it would still need approval from both Chinese authorities and the Treasury Department-led Committee on Foreign Investment.

Oracle had taken the lead in the acquisition for a proposed deal of $20 billion in cash and stock at the end of August, TheWrap has learned.

After the Department of Commerce announced that new downloads of TikTok would be blocked, the company filed a last minute lawsuit on Friday night in Washington D.C. federal court in an attempt to block the executive order.

“We disagree with the decision from the Commerce Department, and are disappointed that it stands to block new app downloads from Sunday and ban use of the TikTok app in the US from November 12,” TikTok said in a statement Friday. “Our community of 100 million US users love TikTok because it’s a home for entertainment, self-expression, and connection, and we’re committed to protecting their privacy and safety as we continue working to bring joy to families and meaningful careers to those who create on our platform.”