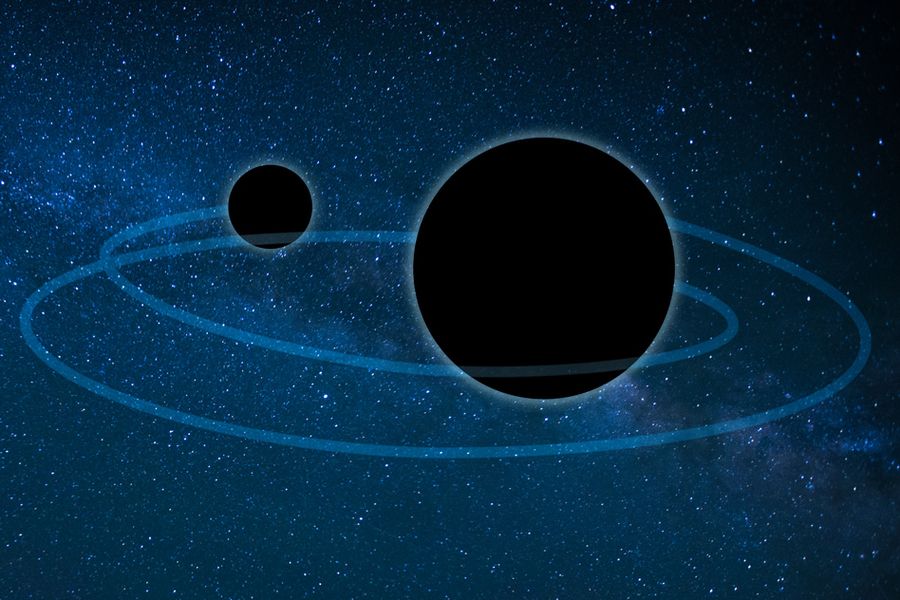 For black holes, a collision doesn’t have to be a once-in-a-lifetime experience, new research suggests.

On April 12, 2019, scientists detected a new black-hole merger using a trio of gravitational-wave detectors. Astrophysicists have spotted such events before, but something about the signals was different this time: the two black holes that collided were incredibly unevenly matched, with the larger about three times the size of the smaller. Scientists didn’t expect to see such an imbalanced merger between black holes, and now, they think they might understand the unusual event.

“This event is an oddball the universe has thrown at us — it was something we didn’t see coming,” Salvatore Vitale, a physicist at the Massachusetts Institute of Technology and an author on the new research, said in a statement. “But nothing happens just once in the universe. And something like this, though rare, we will see again, and we’ll be able to say more about the universe.”

Vitale and his colleagues suspect that the strange collision occurred after the larger black hole itself was the product of a black-hole merger. The initial event sent a large black hole bouncing around a neighborhood packed with black holes, this hypothesis goes, enabling the uneven collision.

That’s a very different story than scientists’ two main scenarios for black-hole mergers, which both encourage fairly even matches. Vitale and his colleagues used two different models to evaluate whether the traditional merger scenarios could create an event like the unbalanced merger. No dice.

“No matter what we do, we cannot easily produce this event in these more common formation channels,” Vitale said.

So the team turned to a process called hierarchical merging, in which the result of a black-hole merger goes on to merge again. And this time, the models seemed to make sense. “You do the math, and it turns out the leftover black hole would have a spin which is very close to the total spin of this merger,” Vitale said.

Coincidentally, gravitational wave researchers published other research this week that also points to hierarchical merging. On Wednesday (Sept. 2), the scientists behind the gravitational-wave detectors LIGO (short for “Laser Interferometer Gravitational-Wave Observatory”) and Virgo announced that in May 2019, they had seen a black hole that was larger than scientists know how to form by stellar explosions. The suspicion is that this hefty black hole, if not both the original members of the event, was the result of a previous merger.

The scientists behind the new paper analyzing the uneven collision suspect that hierarchical mergers couldn’t happen just anywhere, but instead must occur in a relatively dense neighborhood, where black holes can easily interact with each other.

“This merger must have come from an unusual place,” Vitale said. “As LIGO and Virgo continue to make new detections, we can use these discoveries to learn new things about the universe.”

The research is described in a paper published Sept. 2 in the journal Physical Review Letters.