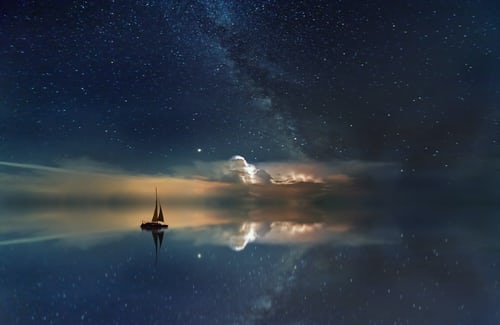 The Impact of Converging Super Trends

Remember Megatrends – the New York Times best-selling book and corresponding research first published in 1988 by “futurist” John Naisbitt? Well, now Megatrends have gone “super,” as in they are massive change agents that will dramatically affect our daily lives.

What’s happened since Naisbitt’s book first burst onto the scene? Fast forward to four years ago, when three trend experts from the global consulting firm McKinsey & Co. published the book, No Ordinary Disruption. They highlighted why these trends have changed life as we know it and would continue to drive massive change all over the planet.

Now, amid the COVID-19 mess, it’s been largely forgotten that we are still in the midst of the greatest period of change in the boomer generation, the convergence of four powerful super trends: technology accelerators, globalization, the global age wave/demographics, and urbanization.

My involvement with these super trends spans several decades of being involved with think tanks and corporate study groups determining the trajectory of each of these trends. Each trend by itself is incredibly powerful – experts in each trend area have made some unfortunate forecasts (Harry Dent, the demographics wizard, comes to mind due to his uneven forecasting prowess) often because they became overly enamored with their particular super trend.

Turns out the intersection of these trends are where the real change, for better or worse, is happening. That’s good to remember if you ever hear an expert in, say, technology accelerators, talk only about the whiz-bang things happening in their field of vision without putting those ideas in context with other massive shifts in other super trend areas.

Here is an update on these super trend changes from an investing and financial planning point of view:

When we think of technology shifts that accelerate our productivity, the smartphone comes to mind. Hard to believe it has only been in our hands for a bit over thirteen years! More recently, telemedicine is the hot new technology accelerating the ability of doctors, nurses, and patients to diagnose and even treat conditions more rapidly and conveniently than ever. Bill Gates’ “Reinvent the Toilet” challenge will be a sanitation gamechanger in less developed nations around the world. And his Heliogen company that came out of stealth mode in November 2019, which is the world’s first technology capable of replacing fuels with sunlight, will revolutionize the way industrial materials are made.

For investors, the tech super trend has paid off handsomely. Amazon, Apple, Alphabet/Google, Facebook, and Microsoft have collectively gained over 250% in value in the last 5 years, while in aggregate the other 495 stocks in the S&P 500 index are “only” up about 30%. History has many techno-industrial revolutions and each one follows a similar pattern: First, a frenzy (think the late 90s dot-com boom); next, a bust; then a deployment stage (where we are now); and, eventually, maturity.

I have every reason to believe the purveyors of cutting-edge technology will shine in the future. The question you have to ask yourself is, how much of a premium price am I willing to pay?” Even in the techno-industrial revolution deployment stage, value matters. And regulatory pushback on these tech giants is increasing in the U.S. and around the world.

What about the “rest of the story” – the other 495 S&P 500 companies lagging the big tech names? That’s where the intriguing story of technology accelerators may play out in the coming decade. Old stodgy companies are tech-enabling their systems and processes. I was shocked to see senior execs from companies like Procter & Gamble, Honeywell, and Boeing at an MIT Artificial Intelligence conference I attended. Companies like these are quietly upping their game with big plans for productivity increases in the near future.

In one of my company’s recent live-chat webcast sessions, we interviewed an Internet of Things Business-to-Business expert. She described the game-changing technologies being used and contemplated in the business world. It is not just your refrigerator telling you when the eggs go bad.

From a financial planning viewpoint, technology accelerators may be most impactful in healthcare in the next ten years, although I admit those new safety devices in cars are pretty amazing. In healthcare, telemedicine will help diagnose disease more quickly, providing better treatment and cure potential. In the financial roadmaps, we create at Stearns Financial Group, we used to cut expected client expenses later in life assuming the individuals and/or couples would travel less and be less active in the “slow-go” years. Now we have clients bicycling (sometimes with e-bikes) in their 80s with grandchildren in the U.S. and overseas. If you are healthy today, you gain about 3 months for every year you live in life expectancy. In the next ten years, advances in healthcare could add six months or more for every year you live. Are your finances ready for that exciting, and increasingly probable, new future?

Increases in U.S. budget deficits in healthcare are projected to be very large in the next ten years. What if these technology advances cut those costs in half, including the spiraling end-of-life Medicare costs? Leading healthcare technologists with whom my firm works believe this is not only possible but likely.

In a corporate huddle I attended over 20 years ago, senior execs of major textile companies assessed the opportunities and threats posed by globalization, which was accelerating at the time. While those execs identified over 80% of the trends that actually happened, it is sobering that one major company’s headquarters is now the site of PF Chang’s and Fleming’s restaurants! Eastman Kodak is another good example of a company that actually invented the future (the digital camera), but couldn’t pivot fast enough to take advantage of the emerging trend. One thing about super trends – they can trip up even the best trend-surfing companies.

There are numerous scholarly studies on how the output of economies around the world benefit by each doing what they do best, and then trading seamlessly with each other. Globalization experts will tell you that this super trend alone has raised more areas of the world out of poverty, while enriching the U.S., more than any other area.

In recent years, globalization has been under attack. “Buy U.S.” or “buy local” has become the battle cries of displaced workers. In the pandemic, hospital systems found their China-dependent supply chains were not very reliable. The rise of nationalistic forces around the world is creating some dampening of globalization growth. However, Apple’s CEO recently said they are doubling down on manufacturing facilities in China, joining 70% of S&P 500 CEOs in maintaining or growing Chinese partnerships.

Investors should consider that the beneficiaries of some of these globalization trends are, potentially, international blue-chip companies as well as emerging markets and international small/mid-cap stocks.

I was speaking at a major conference on super trends. I was listening to the speaker before me go country-by-country on favorable and unfavorable demographic trends. He got to Italy and showed a chart that indicated someday there may be few Italians in Italy! This is yet another example of an expert not using common sense when it comes to trend watching.

Countries that have poor birth rates and poor immigration trends will have a number of challenges in the future. Russia, China, and Japan are good examples. Japan is betting its massive technology expenditures will save them. China has its new Silk Road, the belt and road initiative, considered the largest infrastructure project in history.

How should investors consider demography? Find companies that synchronize their business plan to demographic groups buying their products or services. Healthcare in general is surfing this wave today. Johnson & Johnson may be the poster child, having done just this over the last seven decades. Returning GIs from World War II were reunited with wives who were soon having babies – so, Johnson & Johnson leaned into Band-Aids. Then as boomers were aging, Johnson & Johnson provided them with heart stents. And the echo baby boom, kids of the boomers having kids, re-created the Band-Aid wave. Today Johnson & Johnson has a strong pharmaceutical division leaning into the aging of America and the world.

This has created booms in all kinds of construction areas in larger cities. Think the pandemic has reversed this trend? That was the speculation at the beginning of COVID-19 crisis. Now it appears the early flight of residents from New York and New Jersey has abated, and many millennials, in particular, love urban areas, despite the higher cost of living.

It is expected that over a third of the projected urban growth between now and 2050 will occur in just three countries: India, China, and Nigeria. By 2050, it is projected that India could add 416 million urban dwellers, China 255 million, and Nigeria 189 million. Tokyo, in contrast, is expected to begin shrinking in 2020 due to the unfavorable demographic trends discussed in Super Trend #3.

One investment theme to consider here: Finding ways to provide the right infrastructure and services in growing cities will be a crucial problem to solve.

About the author: Dennis Stearns

Dennis Stearns, CFP®, has been called a “Super Trend guru” and “one of the leading scenario experts and futurists in the financial services industry” by the Financial Planning Association. Stearns is an author, TEDx speaker on the Future of Jobs, financial advisor and President of Stearns Financial Group, an independent wealth management firm recognized by Citywire RIA as a Future 50 firm. More tools and resources – including a free Fumbleocity Quiz – are available at: www.StearnsFinancial.com.

The statements contained herein are solely based upon the opinions of Stearns Financial Group and the data available at the time of publication of this report, and there is no assurance that any predicted results will actually occur. Material presented has been derived from sources considered to be reliable, but the accuracy and completeness cannot be guaranteed. This report contains no recommendations to buy or sell any specific securities and should not be considered investment advice of any kind. In making an investment decision, individuals should utilize other information sources and the advice of their investment advisor. Information was obtained from third party sources which we believe to be reliable but are not guaranteed as to their accuracy or completeness. Stearns Financial Group is a registered investment advisor. Registration does not imply a certain level of skill or training. More information about the advisor, including its investment strategies and objectives, are fully described in the firm’s Form ADV Part 2, which is available by calling (336) 230-1811, or can be found by visiting www.stearnsfinancial.com.