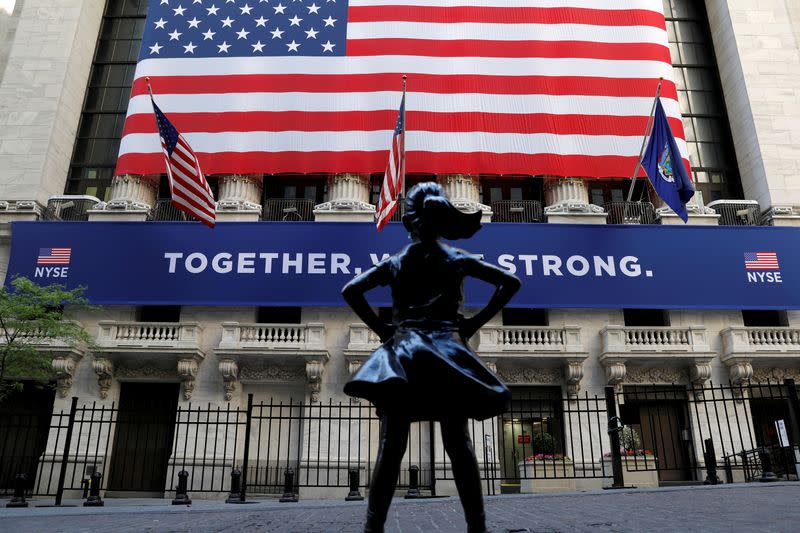 (Reuters) – The S&P 500 and the Nasdaq hit new highs on Tuesday with the tech-heavy index boosted by Apple and Zoom Video, while better-than-expected U.S. manufacturing sector data fueled optimism around a post-pandemic economic recovery.

Apple Inc gained 2.9%, rising for the second straight day after its stock split took effect. A report also said the company had asked suppliers to make at least 75 million 5G iPhones for later this year.

Zoom Video Communications Inc surged 38.6% after the video-conferencing platform raised its annual revenue forecast by more than 30% as it converted more of its huge free user base to paid subscriptions.

“There are limited options where you can buy growth, because the country is slowly reopening and tech does the best in the slow growth economy,” said Thomas Hayes, managing member at Great Hill Capital LLC in New York.

ISM data showed U.S. factory activity expanded for the third straight month to a reading of 56.0 in August, the highest since November 2018. The figures follow encouraging manufacturing surveys from China and Europe earlier in the day.

However, employment continued to lag, according to ISM data, supporting views that the labor market recovery was losing momentum. Investors will keep a close eye on the monthly U.S. jobs report due on Friday.

While the Nasdaq and the S&P 500 have scaled all-time highs recently, the blue-chip Dow is still about 3.5% below its February peak.

“The biggest struggle for the economy is going to be getting back to full employment the way you had it before,” said Jimmy Lee, chief executive officer of Las Vegas-based asset manager Wealth Consulting Group.

Walmart Inc rose 5.4% after the retail giant unveiled the perks of its new loyalty program, Walmart Plus.

Tesla Inc fell 2.3% after the electric-car maker announced plans to raise up to $5 billion through a share sale program a day after its 5-for-1 stock split.

Advancing issues outnumbered decliners by a 1.36-to-1 ratio on the NYSE and matched them on the Nasdaq.

The S&P index recorded 27 new 52-week highs and no new low, while the Nasdaq recorded 83 new highs and 31 new lows.

(Reporting by Medha Singh and Devik Jain in Bengaluru; Editing by Shounak Dasgupta and Maju Samuel)