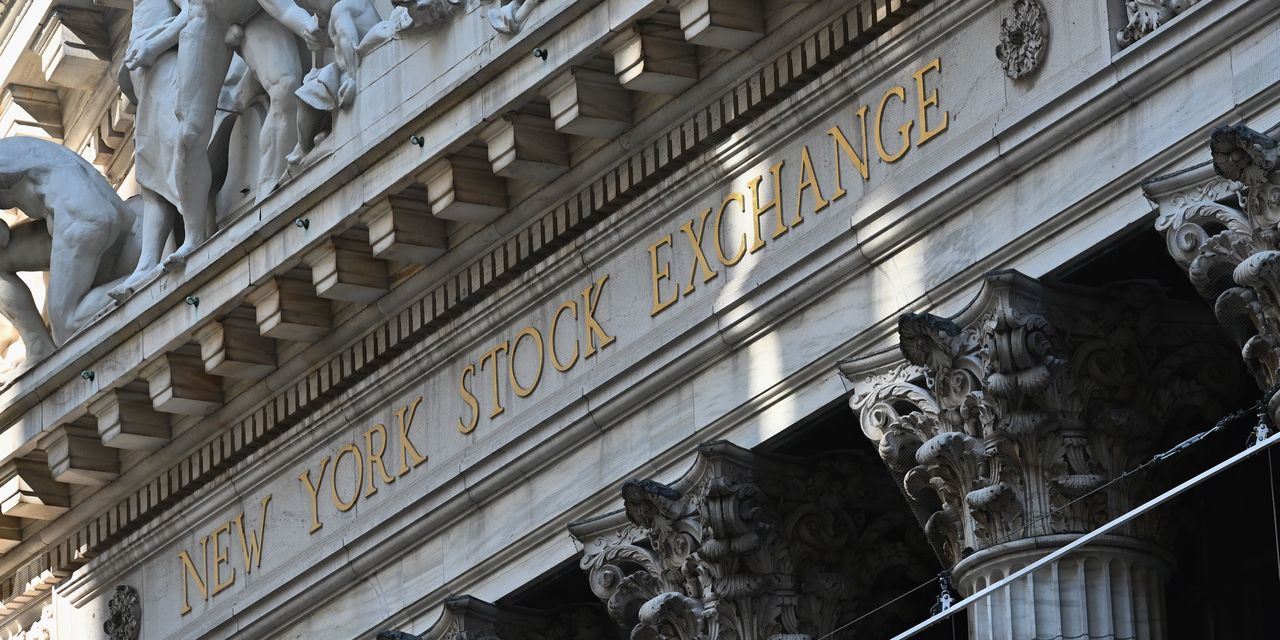 Tech Stocks Finally Got Crushed. Why the Stock Market Is on Shaky Ground.


After August’s remarkable gains, we were wondering what the stock market could do for an encore. The answer: produce some remarkable losses.

The week began well enough, with

(APPL) splitting their stocks, and all three indexes finishing August with fantastic gains. September started well enough, too, with the Nasdaq and S&P 500 hitting all-time highs on Wednesday and the Dow just 1.5% away from its own record. But there were cracks beneath the surface. Despite the Nasdaq’s new high, Apple, Tesla,

(CRM), which had just been added to the Dow 30, all closed with sizable losses, while the

or VIX, kept rising, even though it should go down as the market goes up.

And then the selling started. It was hard to know what caused it. A short list of possibilities would include

(CIEN) earnings—it offered a poor outlook that suggested companies might be pulling back on their tech spending; Anthony Fauci expressing doubts about a vaccine approval by the election; the lack of progress on another relief bill; Labor Day; manic option activity; election fears; lower-than-expected unemployment; a chart pattern known as the hanging man; and the fact that planet Mercury will soon be exiting Virgo, its home sign. (Kidding on that last one.)

What we do know is that Big Tech was expensive, with the S&P 500 Information Technology index trading at 27.5 times forward earnings; extended, with the

trading more than 30% above its 200-day moving average; and way too popular. Citigroup’s Panic/Euphoria model was nearly three times the level that signifies euphoria, and the percentage of bulls in the Investors Intelligence Survey was more the 40 percentage points higher than bears.

“The sooner we get a wake-up call, the better,” says the Bear Trap Report’s Larry McDonald.

Get a sneak preview of the top stories from the weekend’s Barron’s magazine. Friday evenings ET.

Buying the dips is still the fallback position for many investors. But this past week’s selloff doesn’t mean the meltup is over. “We have said for the last few weeks that the Nasdaq is in a blowoff phase,” explains BTIG strategist Julian Emanuel. “We don’t know if it’s the beginning, the middle, or the end.”

Still, we should know soon enough whether this week’s tech wreck is a buying opportunity akin to June 11, when the Nasdaq dropped 2.1% and bounced back almost immediately, or the beginning of a bigger drop. The dot-com bubble and bust, with its wild swings up and down, has been the model for many observers, but Sundial Capital Research’s Jason Goepfert notes that the Nasdaq has been more inclined to hit a top and then go down in a reverse-V—as it did in 2007, 1989, and 1972—than to make another dash for a new high, as it did in 2000.

Either way, a reckoning is coming. The Nasdaq has gotten too far ahead of itself for it to end any other way, despite protestations that the rise has been well-deserved. Low interest rates make expensive stocks look cheap and business models look unstoppable, and the looming threat of a coronavirus second wave makes tech stocks look all the more attractive.

“We believe this is the final and more-speculative stage of our summertime melt-up scenario,” says Chris Harvey, U.S. equity strategist at Wells Fargo Securities. “Experience suggests that at the tail-end of a melt-up funny things happen.”

At some point, economically sensitive value stocks will start outperforming. For investors who aren’t ready to take profits on their hot tech stocks just yet, Citigroup strategist Scott Chronert has a recommendation: Sell high-yield bonds instead and buy stocks with big dividend yields. Junk bonds, he points out, have rebounded nicely and don’t offer much yield these days, and an investor can get better returns in stocks with large payouts, many of which happen to be cyclical stocks. “It’s a way of catching the income component but also a further rotation down the value path,” Chronert explains.

That might seem crazy, particularly because high dividend yields have been a sign of stress during the selloff, not something to be sought out. But it’s possible to get high yields and still buy an investment-grade company. For example, chemical maker

And if value stocks ever return, they could be a great place to be.