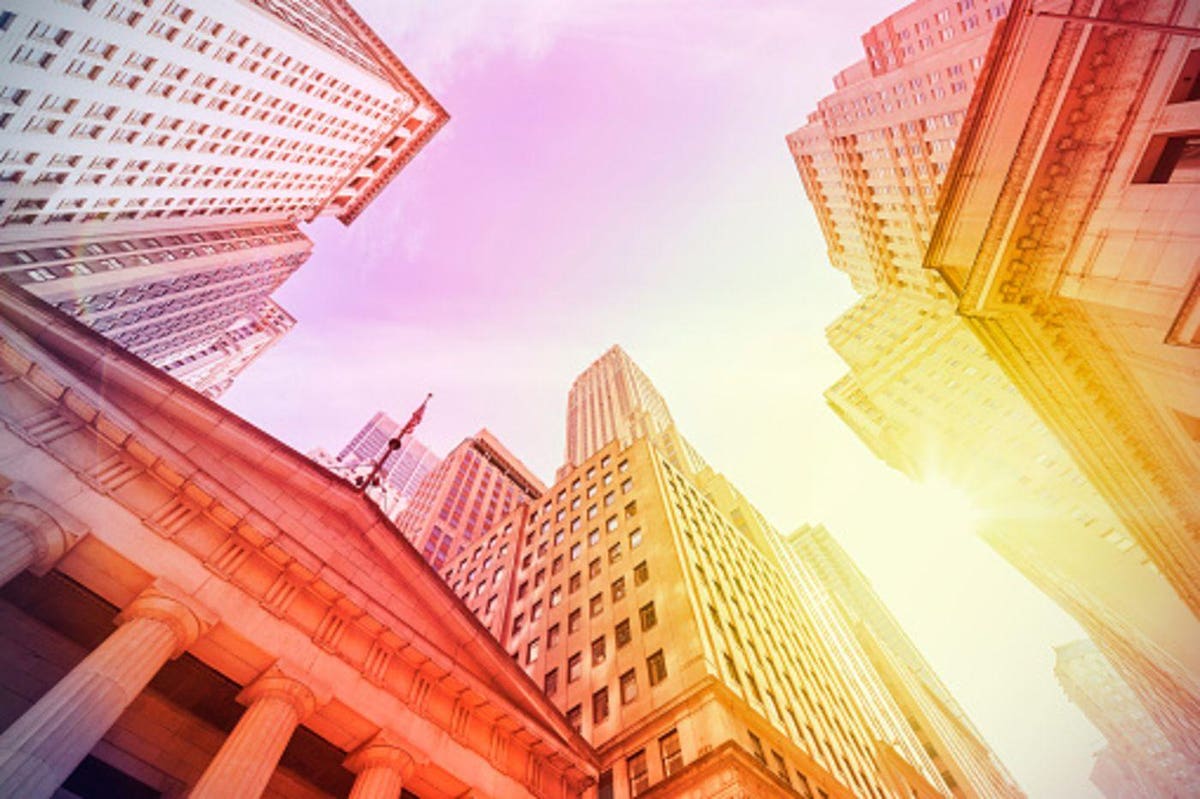 September’s sizzling start goes against the grain in what tends to be a tough month for the market. Since 1945, September is the worst month for the S&P 500 Index (SPX) as far as average return, and the SPX has risen less than 50% of the time, according to research firm CFRA.

Momentum can mean a lot, however, and this September follows the best August since the 1980s. The powerful momentum right now is what we’re seeing in “stay at home” stocks in the Tech and Consumer Discretionary sectors. Just the way few people want to “catch a falling knife”—the trading term for buying stock that’s been falling—it also feels like there aren’t many willing to stand in front of these big Tech trucks rolling steadily up the hill.

The usual suspects—FAANGs, Microsoft
(MSFT), semiconductors—came out to play early this week, and got joined by shares of other “at-home” stocks like Chewy (CHWY), Zoom (ZM), and Peloton (PTON) on Tuesday.

Actually, these three kind of left the FAANGs and everyone else in the dust yesterday, which is pretty amazing when you consider that this stay-at-home economy is almost six months old. The buyers who think we’ll want to keep having our pet food show up on the porch while we watch a ZM meeting on our exercise bikes keep coming.

Good news rode in from a rare place this morning as shares of department store Macy’s (M) muscled to 8% gains ahead of the opening bell as the company reported narrower than expected quarterly losses of $0.81 a share vs. consensus for a loss of $1.77.. Sales came in a little above the consensus view. There’s no doubt M and other department stores are struggling in a major way, and shares of M are down nearly 60% year-to-date.

Another pillar of support early on this morning appears to come from Washington, where comments yesterday from the Treasury secretary led to new hopes of a possible fiscal stimulus. That’s positive overall, as we’ve seen previous stimulus actions end up meaning good things for the market.

Something to consider watching today is performance in two of the more cyclical sectors—Materials and Industrials. Both did well on Tuesday and stirred optimism that this could reflect some solid economic underpinnings. Evidence of that came Tuesday morning with the August ISM Manufacturing Index surpassing analysts’ average estimate with a 56% reading, the best since January 2019.

The ISM data showed big jumps in new orders and prices as it looks like the industrial economy continues to rev up from its March and April softness. Today brings auto and truck sales data for August, so we’ll see if there’s a follow-up from the positive ISM numbers.

What it gets down to is that Tech and stocks like CHWY and ZM can take the market a long way, but from market’s standpoint, breadth matters, You want to see banks and industrials do well and it can often be a pretty good sign of things to come if those sectors are performing.

Meanwhile, Walmart
(WMT) rose more than 6% yesterday, taking some by surprise. The story here appears to be news that Walmart Plus is going to charge $98 a year for membership, below the $119 fee you pay to get Amazon
(AMZN) Prime. It looks like the war continues for these two behemoths, who’ve spent many years battling for online supremacy. Does this put pressure on AMZN to drop its Prime price? If anyone’s worried about that, it’s not showing up in the shares yet.

This whole week feels like a countdown to Friday’s August payrolls report. You can’t rule out the chance of some position-squaring heading into that, which could potentially bring some pressure.

Right now, analysts expect job creation of around 1.4 million, according to research firm Briefing.com, down from almost 1.8 million in July. What might be interesting is to see whether the lack of a new government stimulus and climbing virus caseloads in some states last month had a negative impact on growth in some parts of the economy where jobs were being created really strongly back in May and June, like retail and leisure and hospitality.

Everyone tends to focus on the headline number, but there’s a lot more if you peel back the wrapper a bit. For instance, the number of people employed part time for economic reasons declined by 619,000 to 8.4 million in July, reflecting a decline in the number of people whose hours were cut due to “slack work or business conditions,” the government said There’s still a long way to go on that front, but it’s the kind of thing you’d like to see chipped away at again for more evidence of the economy reviving.

It would also be good to see construction and manufacturing jobs make a comeback, which they didn’t in July. Most of July’s job gains were the government ones we mentioned, retail, and leisure and hospitality. Nothing’s wrong with any of these categories, but long-term, high-paying jobs in some of the other industries ultimately might help the economy even more.

Another thing to keep in mind is that the July report included 300,000 one-time government positions added, mostly in local and state government, causing a temporary spike in overall growth that won’t necessarily be repeated.

Deal Me In: August wasn’t just a great month for the major indices. It shined in another important way as well. Corporate deal making has had its strongest start of all time in the second half, MarketWatch reported. The combined value of megadeals announced so far during the second half of 2020 reached $256 billion, according to data from Refinitiv. Nine deals worth $5 billion or more were announced in August alone—the biggest count for that month since 1999. The deals were dominated by the technology and health-care sectors.

The frenzy of deals probably reflected several things, analysts told MarketWatch, including companies looking for growth opportunities, low interest rates around the world, and simply the deal-making environment coming back to life after slowing during the pandemic last winter and spring. One thing you often see when deal-making perks up is strength in the biotech market, but that hasn’t been the case this time. The Nasdaq BIotechnology Index (NBI) is actually down 9% since its post-pandemic peak July 23.

Small Caps Pitch In: To be fair, it hasn’t only been the usual Tech suspects driving higher this week. Small-caps also had a good day Tuesday with the Russell 2000 (RUT) rising more than 1%. That’s the kind of thing that’s good to see in an environment like this, because it shows that some of the less Tech-focused companies with most of their businesses in the U.S. also participating.

The RUT’s been pretty flat over the last month, and Financials, which have an outsized presence there, were among the weaker performing sectors Tuesday. A dip in the 10-year Treasury yield back below 0.7% after a promising start to the week might continue to weigh on banks.

Buffett Looking East: By now you’ve likely heard that famous investor Warren Buffett celebrated his 90th birthday last weekend with the purchase of stakes in several Japanese conglomerates. That’s the news, but let’s dig into the optics and think about what it might mean to the average investor.

Buffett’s new interest in Japan comes after investors pulled $43 billion out of Japanese stocks this year, according to media reports. It also follows Buffett saying he’s had trouble finding places to put the spare $146 billion in his wallet.

It’s probably fair to say no one reading this column has that kind of cash to invest (unless Buffett himself is a reader), but Buffett’s turn toward Japan as U.S. stocks keep posting new highs could be an eye-opener. Especially when you consider how Buffett sold shares of U.S. banks and airlines earlier in 2020. Buffett now says he’s “delighted” to have his company, Berkshire Hathaway
(BRK.A), “participate in the future of Japan.”