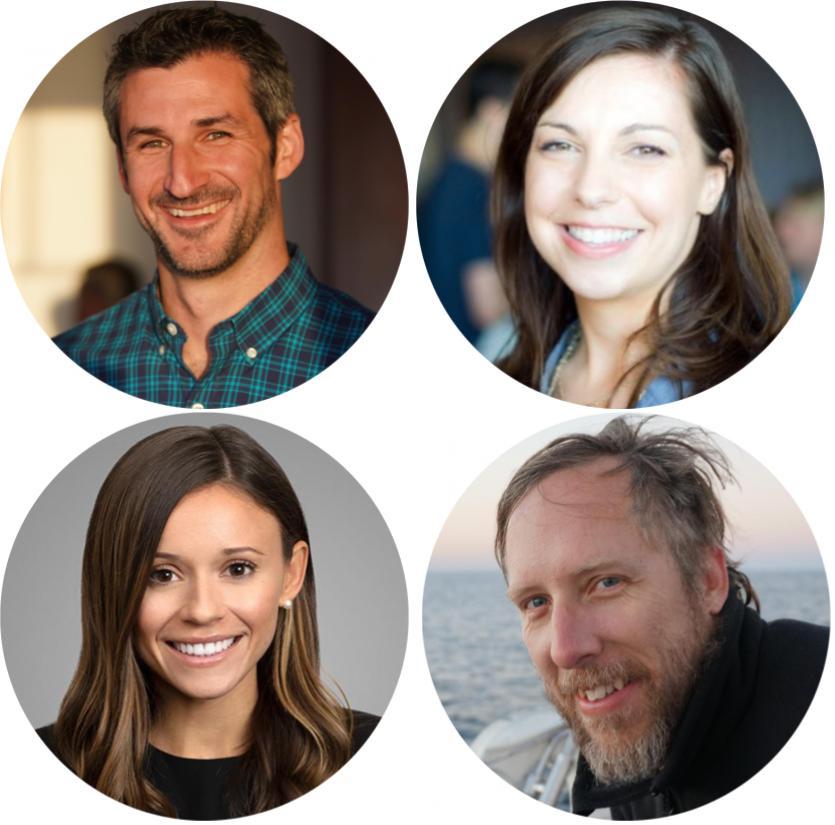 — Seattle-based Ada Developers Academy, a non-profit, tuition free coding school for women and gender-diverse adults, added four new board members in its quest to expand its impact on the tech industry:

• Jeffrey Spector, co-founder of Seattle startup Karat which helps companies conduct technical interviews for software engineers. Before launching Karat in 2014, he was chief of staff for Melinda Gates at the Gates Foundation. Spector said the information gained from more than 70,000 of those interviews will be shared with Ada participants and help shape practice interviews.

• Michele Broderick, recently appointed CMO of The Esalen Institute, an education nonprofit based in Big Sur, Calif. She was previously SVP of marketing for Automattic, WordPress’ parent company. Broderick said her vision is for Ada to become a nationwide phenomenon and hopes to use her marketing background to help the organization share its story.

• Melina Garcia, an attorney at Seattle-based Davis Wright Tremaine LLP specializing in data privacy and security. She sees her role with the nonprofit as identifying liabilities and assessing risk factors in support of Ada’s growth.

• Justin Beals, CEO and co-founder of StrikeGraph, a cybersecurity compliance startup that spun out of Madrona Venture Labs earlier this year. Prior to StrikeGraph, Beals was CTO at Seattle startups NextStep, which he also co-founded, and Koru. With his experience in learning technologies and entrepreneurship, Beals said he wants to apply that experience and his network to help the organization fulfill its mission locally and then scale it.

The new appointments bring the Ada board to seven members.  The organization’s growth comes as startups and tech giants strive for more diversity and inclusion in an industry often criticized for racial and gender inequality.

Originally started as a project of the Technology Alliance, Ada Developers Academy became a standalone nonprofit organization in 2015. Lauren Sato was named CEO in December.

— Tune CEO Peter Hamilton has transitioned into an advisory role at the marketing software company that was acquired by Toronto-based Constellation Software earlier this year.

Hamilton joined the Seattle startup under the previous HasOffers brand. He served as CEO of HasOffers and then Tune for a total of eight years.

A former opera singer who originally moved to Seattle for a career on stage, Hamilton sometimes tapped into that experience as Tune CEO, starring in adaptations of numbers from such musicals as “Hamilton” and “Moulin Rogue” at the company’s annual Postback conference.

— Amazon Web Services executives Greg Pearson and Teresa Carlson have been promoted following the departure of AWS VP Mike Clayville, according to a report by The Information.

Pearson leads the Americas commercial sales team and will now lead worldwide sales. Carlson is in charge of the worldwide public sector business and will now also oversee sales to the healthcare and financial industries.

Pearson joined AWS in 2019 after 28 years at Intel. Carlson has been at AWS since 2010 and previously spent nine years at Microsoft leading sales to federal government agencies. Clayville is now chief revenue officer at online payments platform Stripe.

Stratify is lead by former Docker CFO Brian Camposano. The startup came out of stealth mode earlier this year and announced a $4.9 million seed round led by Madrona Venture Group.

— Starbucks executive Cliff Burrows joined the board of Sweetgreen. Burrows is group president of Starbucks’ Siren Retail business but is currently on an extended unpaid leave from the company, according to the Seattle Times. He has spent more than 20 years at the Seattle coffee giant. Sweetgreen is a fast-casual restaurant chain building on the farm-to-table movement and valued at more than $1 billion.

— University of British Columbia President Santa Ono joined Terramera’s strategic advisory board. Currently ranked No. 85 on the GeekWire 200, our list of top Pacific Northwest startups, Vancouver, B.C.-based Terramera is applying science and artificial intelligence to improve agriculture, including a platform aimed at reducing the use of synthetic pesticides.

— Bothell, Wash.-based Vioguard, which develops solutions that use ultraviolet light to disinfect and sanitize, hired Brian Mitchell as vice president of sales. Mitchell joins Vioguard from the telecommunications industry. He was most recently senior growth director of client services at Asurion and previously held sales leadership roles at LG Electronics and AT&T.

— Hisao Inagaki arrived to assume his post as consulate general of Japan in Seattle. Inagaki has served with the Japanese Ministry of Foreign Affairs since 1985 including as head of the Internet Public Relations Division. He previously served as consulate general in Chicago and has masters in science from both M.I.T. and the Tokyo Institute of Technology.