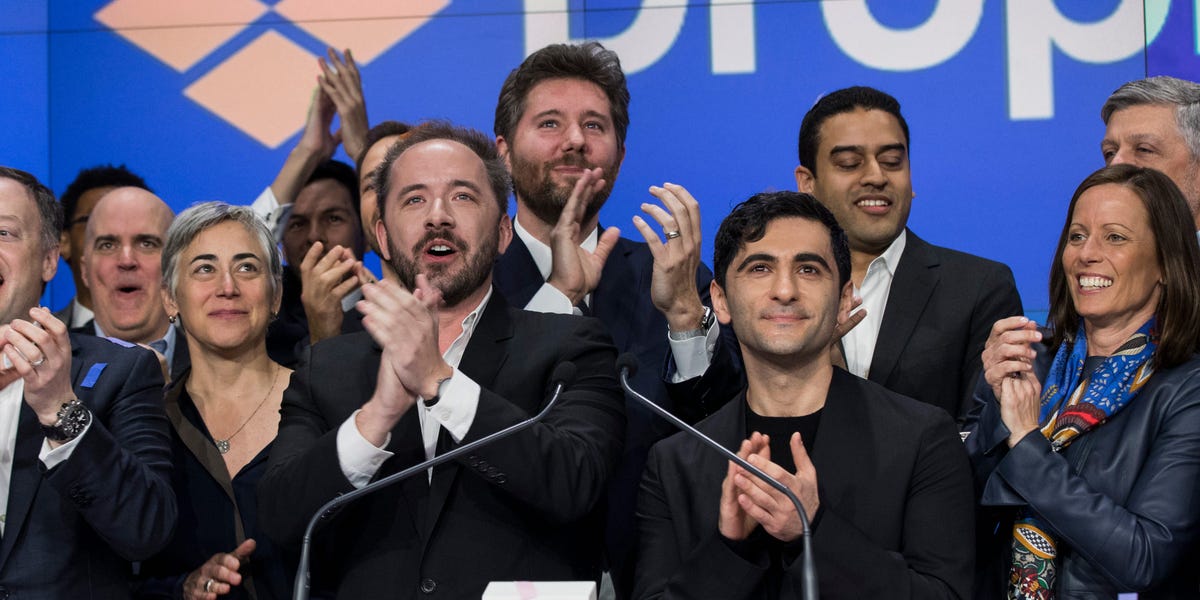 The cloud storage company announced Tuesday it will allow all employees to work from home going forward. The shift comes after an internal survey found nearly 90% of Dropbox workers said they are more productive at home.

“Starting today, Dropbox is becoming a Virtual First company,” the company said in a blog post. “Remote work (outside an office) will be the primary experience for all employees and the day-to-day default for individual work.” Over the past decade, however, tech giants have invested in real estate and proper headquarters. The kind of buildings and campuses that draw attention and lure thousands of employees to commute five days a week to work inside their open floor plans. Generous on-site benefits give those workers little reason to leave for a meal, a trip to the bank or even to get dry cleaning.

Apple has its still-new, 175-acre, circular “spaceship,” $5 billion campus in Cupertino. Amazon placed giant, glass-dome greenhouses at the base of its main tower in downtown Seattle, part of a $4 billion city campus. Salesforce changed the San Francisco skyline with its massive billion-dollar skyscraper, topped with moving animations like dancing silhouettes and the Eye of Sauron. Google is building the circus-tentlike 595,000-square-foot Charleston East building in Mountain View, which is expected to be completed next year. And by a marsh on the bay

The software business is on fire. This is going to be by far the biggest year for software IPOs in history.

Four big software IPOs are pricing this week: Snowflake, Unity Software, JFrog, and Sumo Logic. Palantir and Asana are coming at the end of September.

Snowflake is not only the largest IPO of year by money raised, it’s the largest software IPO ever.  At $3.3 billion raised, it is more than three times bigger than the next largest, VMware in 2007, which raised $957 million.

Put it all together, counting the four IPOs this week, software IPOs will have raised roughly $7.8 billion year

Earlier this year, before the pandemic and lockdowns, audio engineer Stéphane Pigeon received an unusual request: would he consider making sounds that replicated the office?

“I said, ‘No, no, no, I will not do it!’” says Pigeon, the creator of myNoise.net, which has become a cult resource among people looking for background noise to help them focus on work. “I thought, ‘That is so confusing. People don’t want to listen to those sounds.’”

But Pigeon continued to receive more requests. So when the pandemic hit, he eventually gave in and set to work. Since its release in March, there have been 250,000 streams of Calm Office, making it one of his most popular sounds on myNoise. Users can adjust the volume of certain sound effects and tones using a series of animated sliders. Pigeon is still bewildered that Calm Office’s clackety keys, fax machine whirrs, and distant strains of conversation