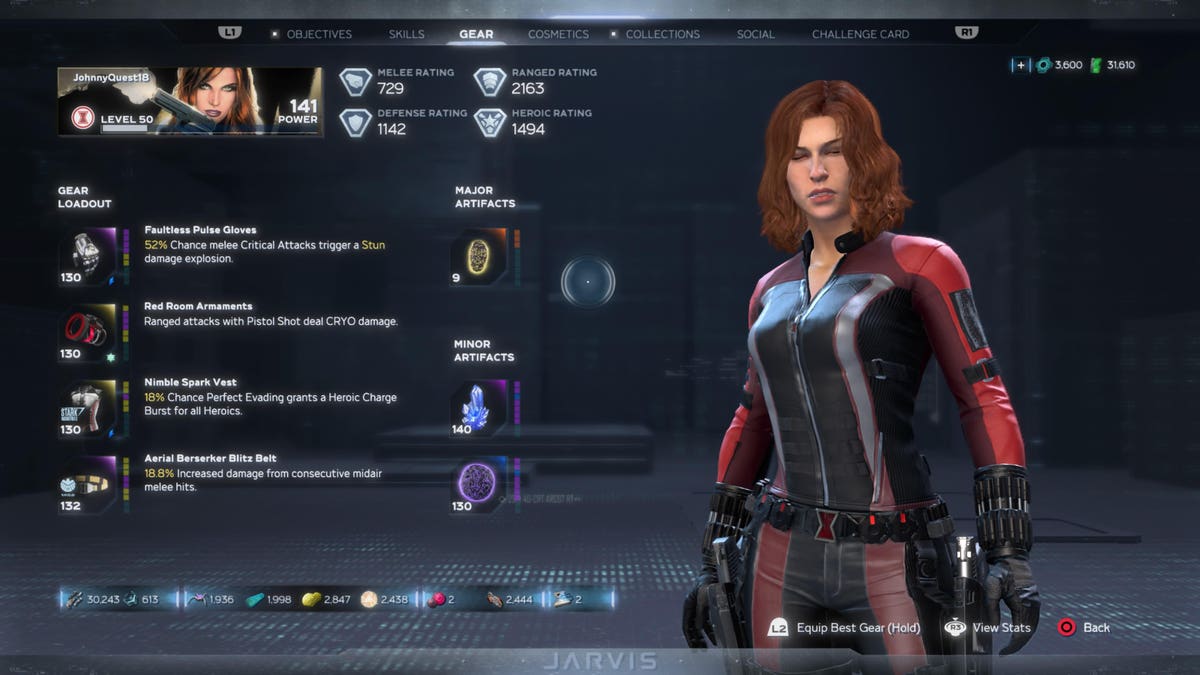 Alright, I am going to attempt to start making “build guides” for Avengers, but that term is in quotes because it’s becoming clear to me that making a “perfect” build is kind of impossible in the current state of the game, where I can play for 120 hours and not get a single exotic. Or when Black Widow in particular seems to get epics in place of legendaries due to a bug.

And yet, I have found a great build with her all the same, a “good” version that I will do my best to slowly build toward a “perfect” version later, but since you can’t really target farm anything in this game, a lot of it will be the luck of the draw.

This is a ranged build for Black Widow meaning you are almost entirely reliant on her guns and heroics and nothing else. As cool