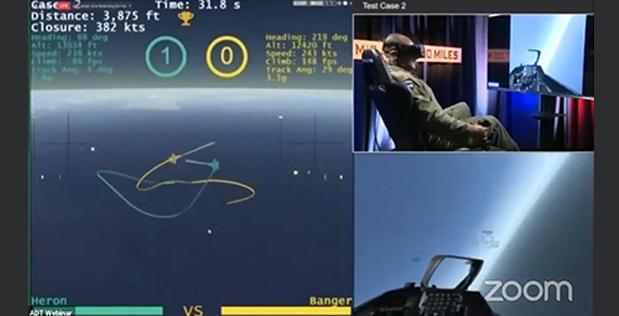 New Human Pilot Vs. AI Contests In Real And Virtual Worlds To Settle Who Is Top Gun

When an AI trashed a human fighter pilot 5- 0  at the culmination of DARPA’s AlphaDogfight event last month, skeptics were quick to point out that simulated combat is not the same as a real thing. Two new rounds of events, one military and one from the gaming world, will go further towards settling the issue.

In the DARPA event the human pilot followed his training and established Air Force doctrine. This meant being wary of maneuvers that took him to dangerously low altitude, and not engaging in high-risk tactics like head-on clashes with his opponent. By contrast, throughout the competition the AI pilots were bloodthirsty risk-takers that acted without any thought for their own survival. Falco, the winning AI produced by Heron Systems, was one of the most aggressive.