There has been significant interest in leveraging smartphone apps for contact tracing, a public health strategy that involves tracking people who are COVID-19 positive to identify disease hot spots. Traditionally this is done by workers on foot and over the telephone, and we know this labor-intensive method works — it has helped in the elimination of smallpox and in curbing the spread of sexually transmitted infections. However, the efficacy of the app-boosted method is still unknown.

Unfortunately, pressure to ease lockdowns has led to a mad dash to develop and use such apps for COVID-19, resulting in a wildly different array of options. As public health departments are pushed to follow suit, we must be careful about which technologies we adopt.

Several dozen states and companies have already started developing and using digital tools. In the spring, Utah released an app, called Healthy Together, which was built by a social

Before the season, the NFL boasted of a new contact-tracing technology that would keep players from getting too close together and that would make it easier to work backward to identify others who need to be tested and/or evaluated in the event a player tests positive. During the season, there’s an apparent problem with the so-called “Proximity Recording Device.”

As noted in the immediate aftermath of the news that Saints had learned late last night that fullback Michael Burton had tested positive for COVID-19, the contact-tracing process identified three people who required further testing, etc. The Saints identified on their own four others who were sitting close enough to Burton on the flight to Detroit that the Proximity Recording Device should have recorded their proximity to Burton. It should have, but it didn’t.

Apple and Google COVID-19 contact tracing apps not widespread yet

The new contract tracing software from Apple and Google is up and running now, but their use is not widespread. They only work in conjunction with official state apps, and most states aren’t yet participating.

Some states are testing the software now, before deciding whether to go forward. Arizona and California, for instance, are testing it now. “The purpose of the pilot is for the state, along with local health entities and academic partners, to study the efficacy of the app,” said Dr. Erica Pan, California’s Interim State Public Health Officer. 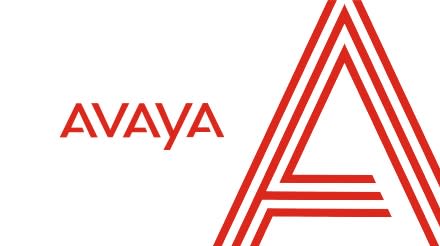 Avaya (NYSE: AVYA), a global leader in solutions to enhance and simplify communications and collaboration, announced today that its Contact Tracing solutions have won a 2020 Pandemic Tech Innovation Award for Exceptional Innovation. The award from TMC Labs recognizes hardware, software, devices/peripherals, applications and services that help society and business function effectively in the face of challenges caused by the global COVID-19 pandemic.

Contact Tracing has been widely recognized as a key factor to mitigate the impacts of COVID-19 on communities, and enable organizations, businesses and people to open up and return safely to work, to school and to recreation. Among approximately 80 percent of public and private organizations planning to reopen with a safe return, 25 percent are implementing some sort of Contact Tracing program or plan. Contact Tracing from Avaya, leveraging its innovative contact center and collaboration solutions, helps organizations effectively collect, manage and leverage massive amounts of

Available from today on the Apple App Store and Google Play, the NHS COVID-19 app uses Bluetooth technology to detect whether someone has come into contact with another person who has reported COVID-19 symptoms.

Encounters are recorded by the app so that if someone later reports being COVID-19 positive, other people they have come into close contact to are alerted.

These people will then be instructed to self-isolate for 14 days. The app features a countdown clock that will show users how long they must remain at home for and will help them book a free COVID-19 test from the NHS.

A QR code scanner is also included in the new NHS COVID-19 app, which smartphone owners can use Huda Mohamed, a student at James Madison University in Harrisonburg, Va., has an immunodeficiency. She decided to take extra precautions by using Virginia’s COVIDWISE app, which alerts users who may have been exposed to the coronavirus. Such apps are only available in a few states. 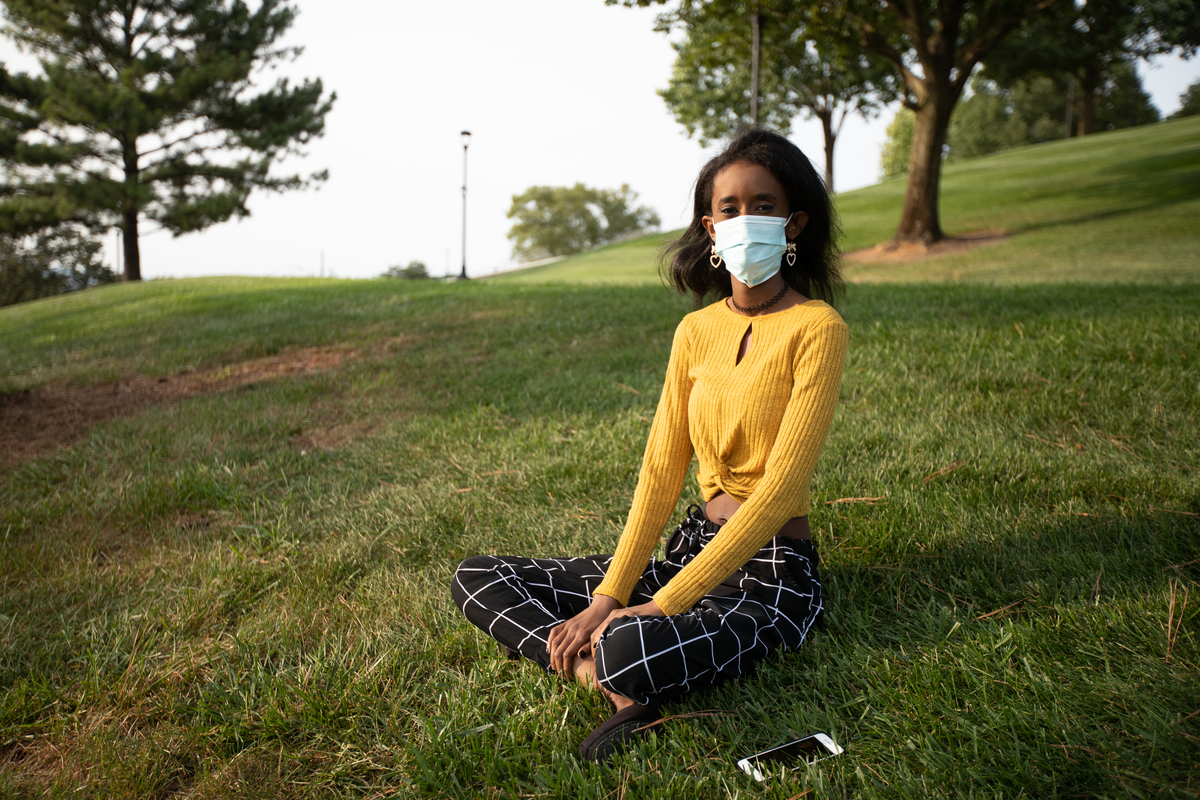 Huda Mohamed, a student at James Madison University in Harrisonburg, Va., has an immunodeficiency. She decided to take extra precautions by using Virginia’s COVIDWISE app, which alerts users who may have been exposed to the coronavirus. Such apps are only available in a few states.

The United States is home to the world’s best-known technology companies, but so far the use of smartphones to fight the coronavirus has been tepid at best.

Smartphones have the potential to be a powerful tool in tracking the spread of COVID-19. They can

On Tuesday, the SEC announced a new piece of technology that will be distributed to all football players to help with contact tracing. The technology, called SafeTags, was developed by a company called KINEXON.

SafeZone uses ultra-wideband technology to accurately calculate the proximity between individuals by distance and length of time in order to perform quick and accurate contact tracing when someone is symptomatic or tests positive for COVID-19. The contact data is logged in a secure system and can be accessed to contact trace in the event of an infection.

“Through this new relationship with KINEXON, the SEC is committed to using innovative technology to provide solutions for use by our member institutions as we all work to support a healthy environment for student-athletes,” said SEC Commissioner Greg Sankey. “KINEXON provides the SEC with a modern and effective solution to meet the unique contact tracing challenges associated with football.” 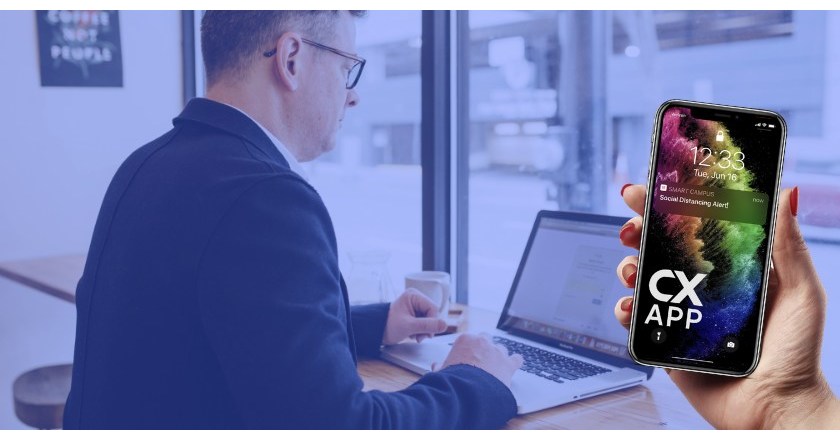 SAN JOSE, Calif., Sept. 15, 2020 /PRNewswire/ — Companies are struggling to identify and implement safe workplace protocols that allow them to bring the workforce back with full confidence. It’s a balance of slowly reintroducing employees to the office and shared spaces, and keeping them safe while doing so.

The CDC recommends developing a hierarchy of controls to reduce transmission and modifying seats, furniture, and workstations to maintain 6 feet of physical distance between employees.

The CXApp and Inpixon aim to deliver solutions that present two complementary streams of social distancing and contact tracing data to protect employees in the workplace. Enterprise customers can drive healthy behaviors that allow the workforce to return informed and protected via mobile-first, communication-forward touchpoints.

App-Based Contact Tracing Has Been a Bust. Apple Wants to Try Something New.

This article is part of Privacy in the Pandemic, a Future Tense series.


So far, attempts to use apps for contact tracing in the U.S. have largely fallen flat. Each state has had to decide whether to issue an app at all, and then what kind of system to use. States that have created apps have struggled to get people to download them at all. But Apple is hoping it might change things.

Last week, Apple released iOS 13.7 with built-in support for a new coronavirus contact tracing system. Unlike previous efforts to leverage smartphones for contact tracing, this built-in system doesn’t require you to use an app issued by your state. A notification will appear on iPhones that the tool 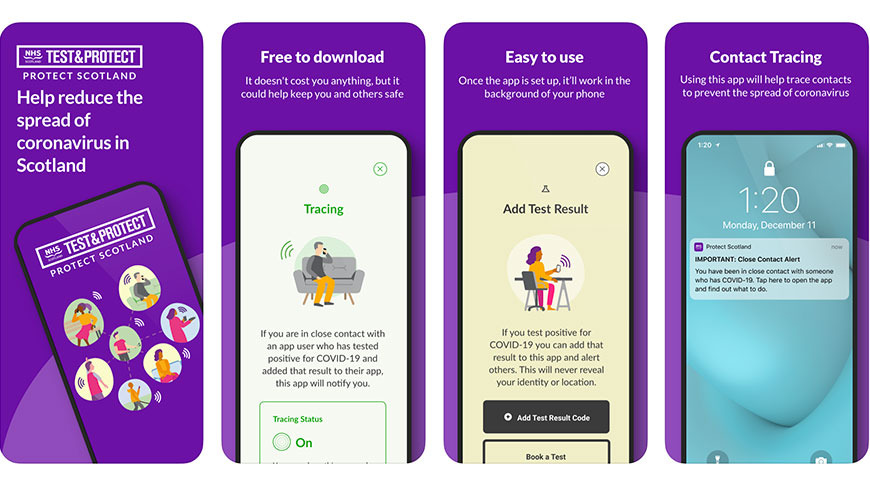 If a user tests positive for coronavirus, they can input a test code assigned by a contact tracer into the