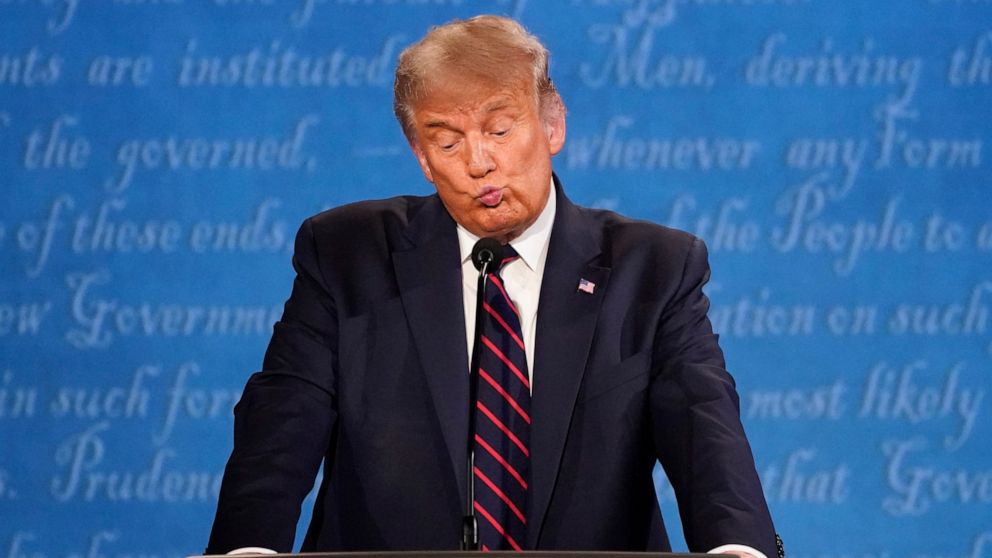 President Donald Trump publicly acknowledged that humans bear some blame for climate change, but scientists say the president still isn’t dealing with the reality of our primary role.

Pressed repeatedly in Tuesday night’s debate, Trump gave one of his fullest accountings yet of what scientists say is an escalating climate crisis threatening every aspect of life. Pushed by moderator Chris Wallace, and at one point by rival Joe Biden, Trump also pushed back on scientific findings that his environmental rollbacks would increase climate-damaging pollution.

The climate change exchange represented a rare microburst of policy discussion from Trump in a loud, nerve-abrading debate. And it ever so lightly nailed down the position of the Republican president on climate change.

“It is a sad statement about the President’s history on climate change, but it is a major development to see him clearly acknowledge a role of greenhouse gases from human emissions,” said