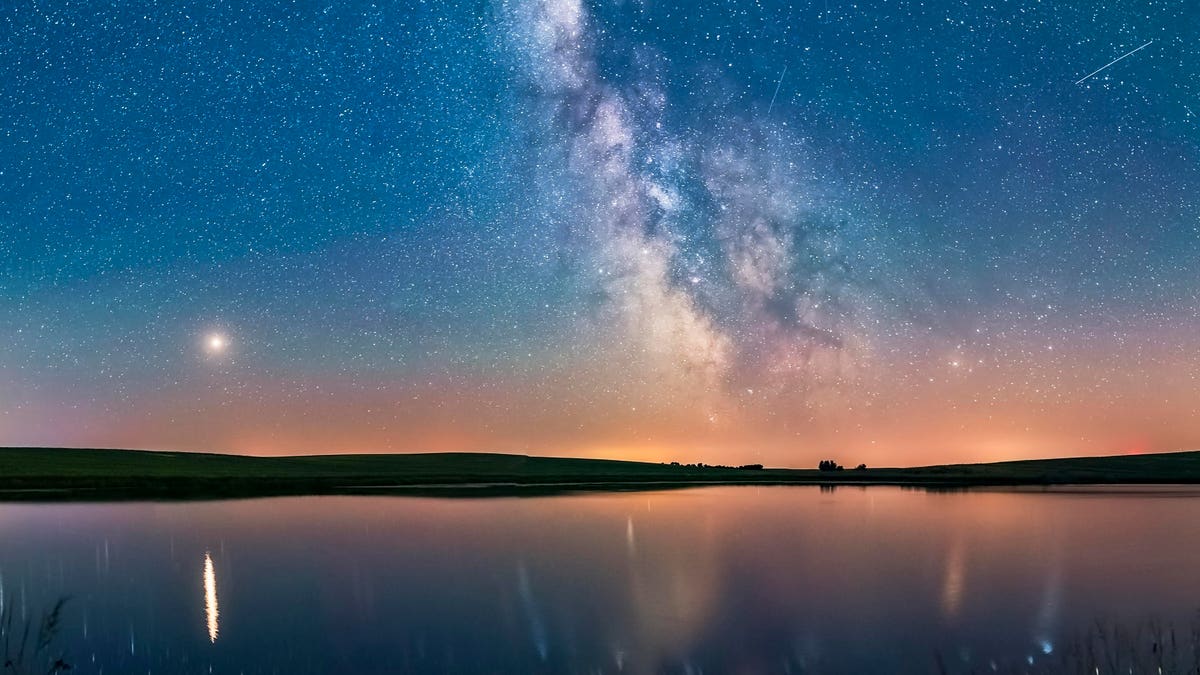 October is always a great month to go stargazing, and in 2020 it’s got some truly unmissable sights.

In the northern hemisphere October means longer nights, and when the clocks change it makes stargazing a possible in the early evening.

It’s also the month that the jewels of the winter night sky begin to return; the unmissable Andromeda Galaxy—the closest giant galaxy to our Milky Way—is becoming visible right after dark while towards the end of the month the sparkling Pleiades star cluster will rise in the east before midnight.

The planets are lingering. Jupiter and its four Galilean moons shine brightly in the southwest after dark with dimmer Saturn in tow, but this month it’s the turn of Mars to dominate post-sunset skies as it comes to opposition. Meanwhile, Venus sparkles in the pre-dawn skies.

Auroras, better known to we Earthlings as northern or southern lights, aren’t limited to planets and moons. For the first time, scientists have identified the same phenomenon at a comet.

The discovery comes courtesy of the European Space Agency’s Rosetta mission, which famously landed on the comet 67P/Churyumov-Gerasimenko, also known as Comet Chury, back in 2014.

From the lab to your inbox. Get the latest science stories from CNET every week.

On Earth, we get auroras when energetic particles from the solar wind interact with our planet’s magnetosphere. When researchers looked at Chury in the far ultraviolet range of the electromagnetic spectrum, they were able to pick up a similar effect from solar wind electrons striking the cloud of gas, or coma, around the comet’s rocky nucleus.

“The resulting glow is one of a kind,” says Marina Galand of Imperial College