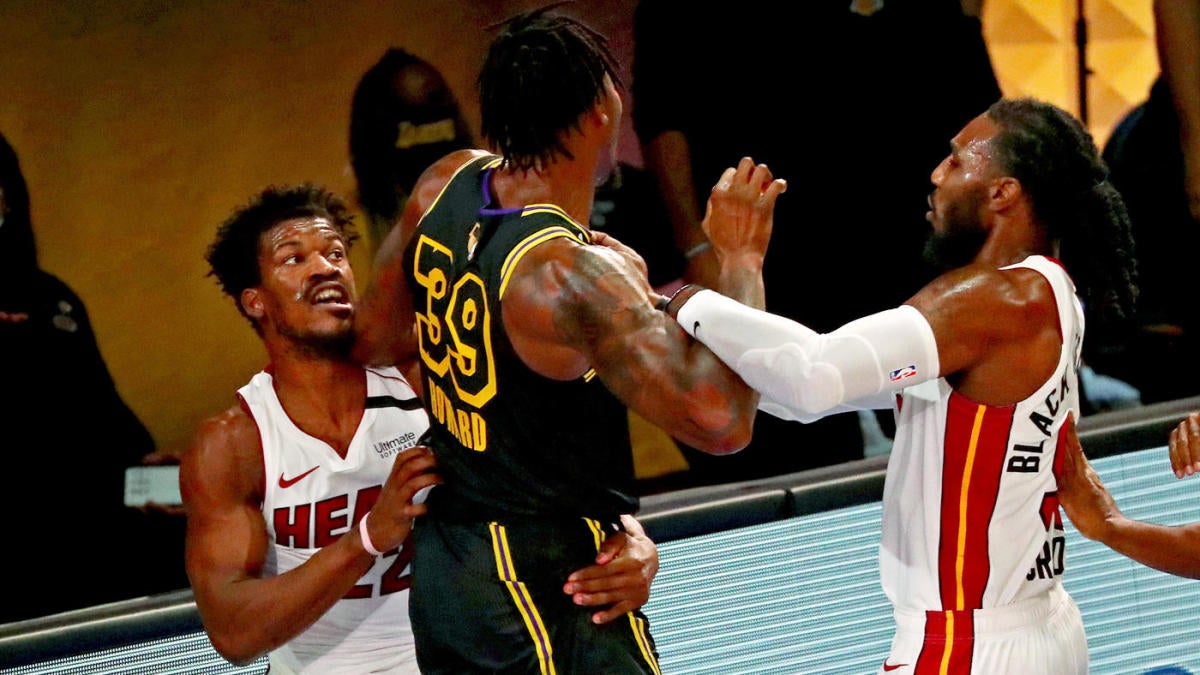 Dwight Howard and Jimmy Butler are having a somewhat contentious night. In the opening minutes of Game 5, Howard got into a bit of a skirmish with Butler that resulted in double technical fouls. The two got tangled up under the basket, at which point Butler seemingly wrapped both arms around Howard and pushed him out of bounds. The two then needed to be separated, and the fouls were called.

Neither Howard nor Butler is a stranger to technical fouls. Howard had 13 of them during the regular season. That was tied for the sixth-most in basketball, but every player ahead of him on that list was a starter. Howard racked up his techs in bench minutes. Butler is no slouch in the tech department either. He had six during the regular season, and is no stranger to feuding with opponents. T.J. Warren was the latest player to feel Butler’s