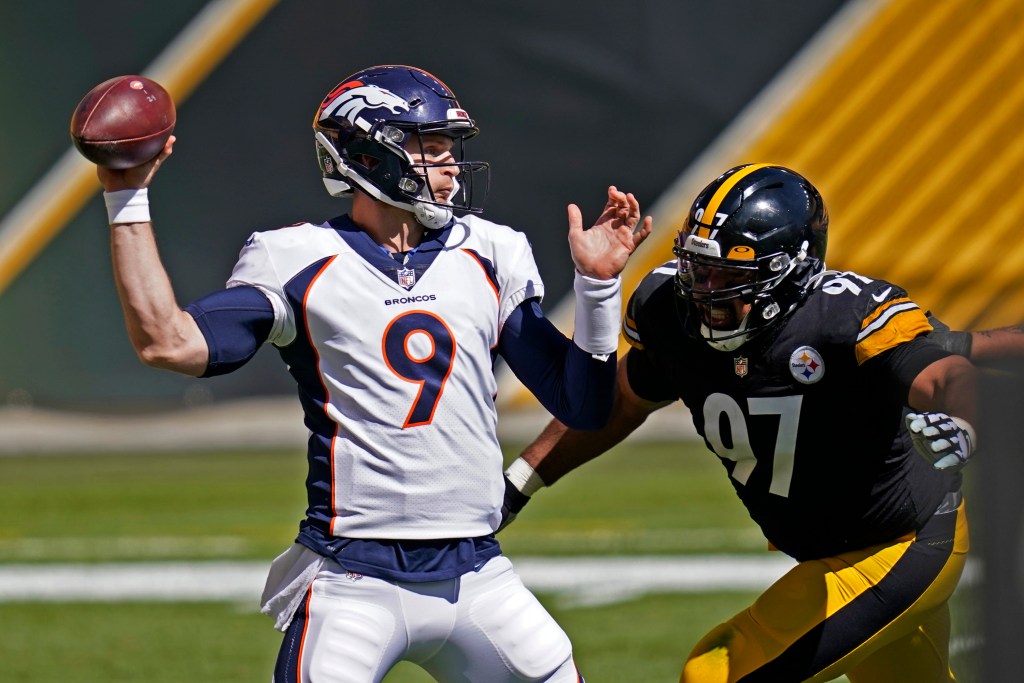 Starting at quarterback for Broncos

There was no easing into the fight last week for Broncos quarterback Jeff Driskel. A screen pass or consecutive hand-offs to let his body and mind get settled into the task of replacing Drew Lock? No way.

Out of the shotgun on his second snap, Driskel looked left before shifting his eyes to the middle of the field, where he found receiver Jerry Jeudy on a crossing route for 20 yards. Right after releasing the football, Driskel was driven into the turf by Pittsburgh’s Cam Heyward.

Driskel bounced right back up … kind of how he did when leading a new high school program in a suburb of Orlando, Fla.

He kept on absorbing punishment so he could keep slinging it … kind of like he did during college stops at Florida and Louisiana Tech.

And he earned the respect of