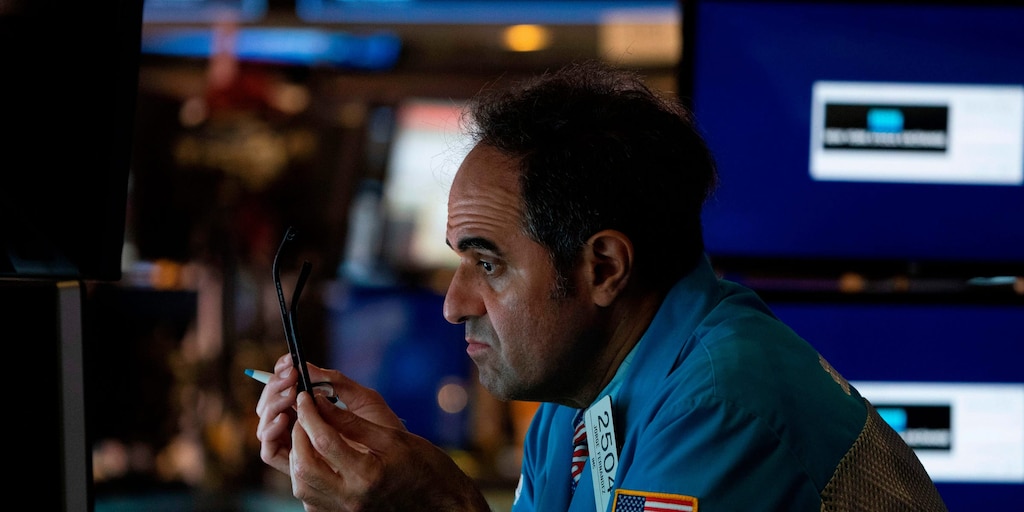 Neil Wilson, chief market analyst at Markets.com, said: “European equities were dragged lower by the tech-induced sell-off on Wall Street yesterday but recovered in early trade on Friday morning. With sentiment rolling over in the big US names, any rally may prove to be a selling opportunity.”

He added: “We’d been worried by spiking VIX futures whilst the market was making all-time highs and so it proved to be a red flag. The question longer term for this market is whether we should be confident earnings will recover.”

On Thursday, US stocks fell the most in three months as investors sold high-flying tech stocks causing the Nasdaq-100 to experience its sharpest decline since March, with a drop of 5.2%.

The Dow Jones Industrial Average suffered its worst single-day loss since late June, while the S&P 500 saw its biggest drop since early that month.

The VIX index – Wall Street’s favorite fear indicator – is up 31% in the last week alone, hitting its highest since June, while the VXN,the equivalent volatility index for the Nasdaq 100, is at its highest since mid-April.

Read More: A UBS real estate-investing chief told us 5 ways investors can profit from the pandemic’s transformation of how Americans live and work – including the housing markets poised to boom

Deutsche Bank said in a note: “Interestingly, the jump in volatility was across the curve and the election volatility premium remains intact even after the large spike yesterday.”

Most European stocks were up in morning trade, with the Stoxx 50 index of blue-chip euro zone shares, up around 0.1% on the day.

Jeffrey Halley, senior market analyst at OANDA, said Thursday’s market drop seemed to be largely confined to the equity market, noting that neither the US dollar nor gold prices showed much reaction.

Read More: One of Tesla’s biggest bulls on Wall Street breaks down how the company’s $5 billion stock sale could benefit retail investors – and explains why the electric-car giant would still be cheap at $1,400 per share in 2024

“What is particularly interesting is not what did happen, but what didn’t happen. The US Dollar finished the day almost unchanged with the dollar index up only 0.14%. No signs of massive safe-haven flow there. Gold fell only 0.60% when in stock selloffs of Christmas past, gold would have been cremated as cash was raised to cover equity margin calls,” Halley said.