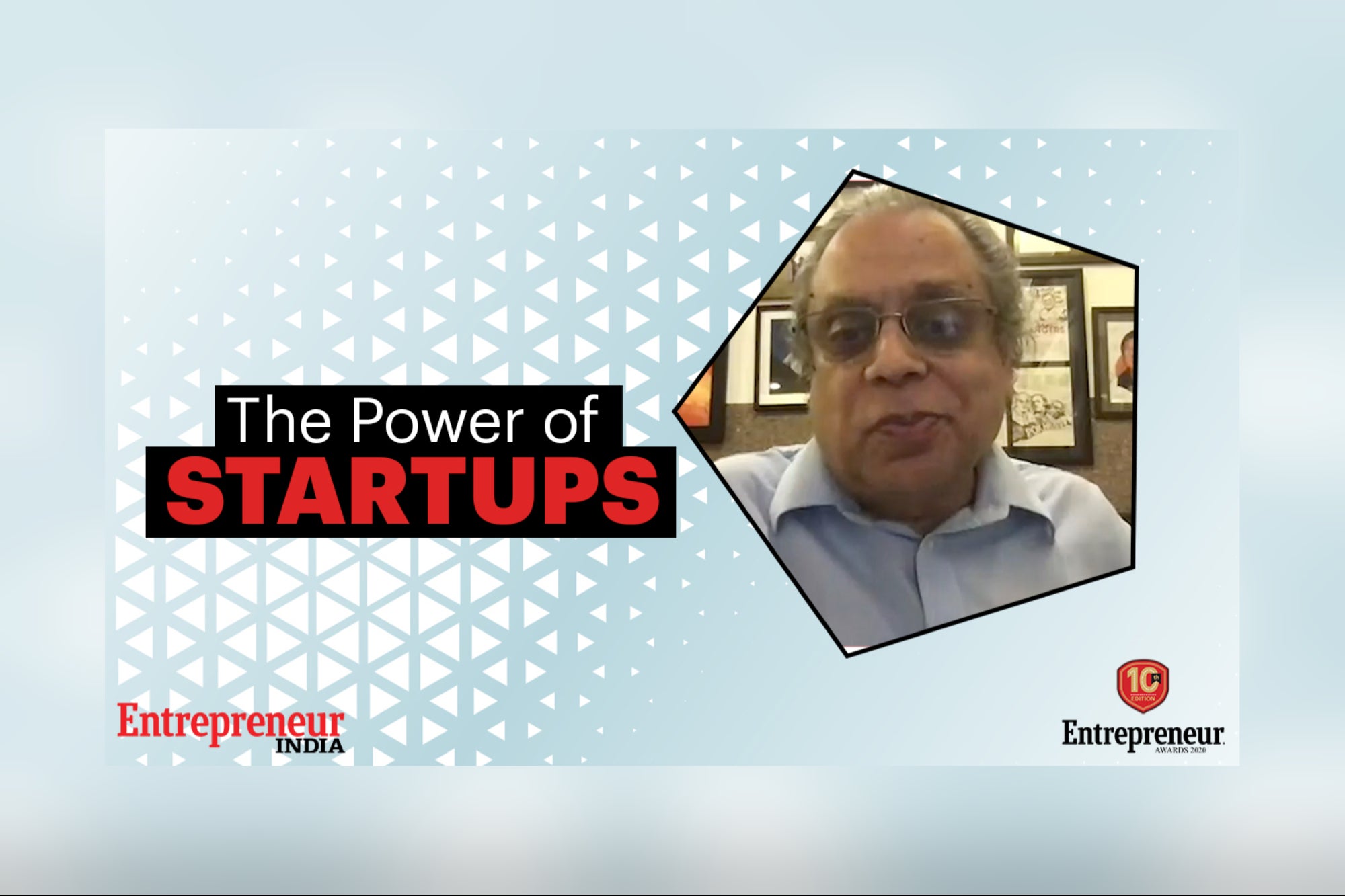 Innovative startups create employment and contribute to economic growth globally. The Indian startup ecosystem creates seven-eight times more jobs compared with what listed companies create. And, of course, some startups end up being listed in the due course of time.

During a virtual conference organized by Entrepreneur India, Raman Roy, chairman and managing director, Quatrro, talked about the power of startups and contribution of entrepreneurial ventures in generating employment opportunities.

Roy shared a startup, Spectramind, which he ran earlier hired over 100 people in a day. He also added 30-40 people were also being lost due to attrition. However, he believes startups create new-age jobs further focusing on the capability of people to experiment with modern technologies. In addition, these startups create foundation for what can be a part of future.

Startup statistics at a glance

Currently, India is the third-largest startup ecosystem which has grown up to 50,000 startups in 2020. Initially, there were 7,000 startups in the ecosystem in 2007. Raman pointed, “Almost 1,300 new tech startups were added in the ecosystem wherein, nine out of them entered the dollar-billion unicorn club.” He further stated that consumer services sector is the most volatile sector in terms of job creation, value creation and the fulfilment of corporate targets. Logistics and fintech are the next highly popular sectors after consumer services.

Essence and implication of entrepreneurship

Raman believes entrepreneurship is the recognition and pursuit of opportunity without regard to the resources you currently control. He further quips, “It is the flexibility to change course and confident outlook with the will to rebound from setbacks.” All these values are amalgamated and this approach attracts power of startups unlike doing a job only. Startups contribute to the formation of India’s innovation ecosystem. Roy asserted about 8,000-9,300 startups came into being in the period 2014-19. Around 43 per cent of all startups have B2B as their niche and there are 27 active unicorns in India.

Insights on entrepreneurial growth in India

Around 18 per cent of startups are deep-tech. There are more than 390 institutional investors in the marketplace whereas the number was 310 in the year 2018. Raman recalled that when he started his entrepreneurial journey, there were just a handful of investors. At present, there are 330-plus incubators and 60,000 jobs are directly created whereas 180,000 indirectly. The entrepreneurial revolution started in India eventually, but, from 2009-2019, the prominent IT companies were in their mid-phase as a startup. These startups had generated $105 billion revenue and created 2 million direct jobs. The indirect jobs were approximately 8-10 million as estimated by McKinsey. This indeed testifies the power of startups. In fact, IT was not comprehended properly 40 years ago. However, in the current scenario, this sector has made its way in the market.

Formation of the Indian startup ecosystem

The year 2019 was challenging for all the sectors including the IT. artificial intelligence, 3D printing, blockchain, big data analytics, cybersecurity, IoT and cloud computing are some of the new-age processes which have a promising mechanism. They will certainly create the next generation of this country. Roy informed, “16,500 small startups which form the crux of IT industry where whole lot of innovation is happening.” He emphasized that the industry grew to $191 billion.

Transition in the entrepreneurial ecosystem

Incubators are presently motivating entrepreneurs to seek financial assistance, support and contribute towards their future growth. As in the case of IT industry, the companies have expanded over the period of time. Apart from this, accelerators are being set up to impart learnings and technologies to entrepreneurs. Roy added that various entrepreneur focused platforms, angel networks, corporate venturing and FoF have played a vital role in the Indian startup ecosystem.

Impact of COVID-19 on startups

COVID-19 has brought a chain of issues for all the sectors and over 92 per cent of the startups are facing decline in revenue. At the same time, around 62 per cent of them have witnessed decrease of 40 per cent revenue. Raman shared his mantra for entrepreneurs, “Cash is king! Conserve cash so that you have a larger runway because you don’t know when the next round of funding can be accessed.” Contrarily, in this pandemic phase, some of the startups have gained traction due to their growing demand. Biotech startups, edtech startups, online grocery, food delivery are some of these startups which have attained prominence.

Engineering, research and design will play a pivotal role to promote co-creating theme of startups, wherein, manufacturing can be clubbed with software. E-commerce is among the fastest growing B2C segment currently. This is possible as India has been the source of digital talent for the world.