Retreats below SMAs after progress curbed by 50.0% Fibo

GBPJPY defied the 100-period simple moving average (SMA) at 135.87 but found some footing at the floor of the cloud. The sharp drop ahead of the 137.85 level, that being the 50.0% Fibonacci retracement of the down leg from 142.70 to 133.03, is weighing heavily on the cloud’s lower boundary. The negative tone within the declining Ichimoku lines endorses additional deterioration in the pair.

The short-term oscillators also reflect strengthening negative momentum. The MACD underneath its red signal line, is weakening below its zero mark, while the falling RSI is flirting with the 30 level. The 200- and 50-period SMAs have somewhat become neutral, while the gradual rise in the 100-period SMA adopts a slow course targeted to converge with its peers, possibly nudging the price into a sideways market.

Summarizing, should the cloud manage to rescue the pair from further losses, the pair may consolidate in the short-term picture around the 38.2% Fibo. 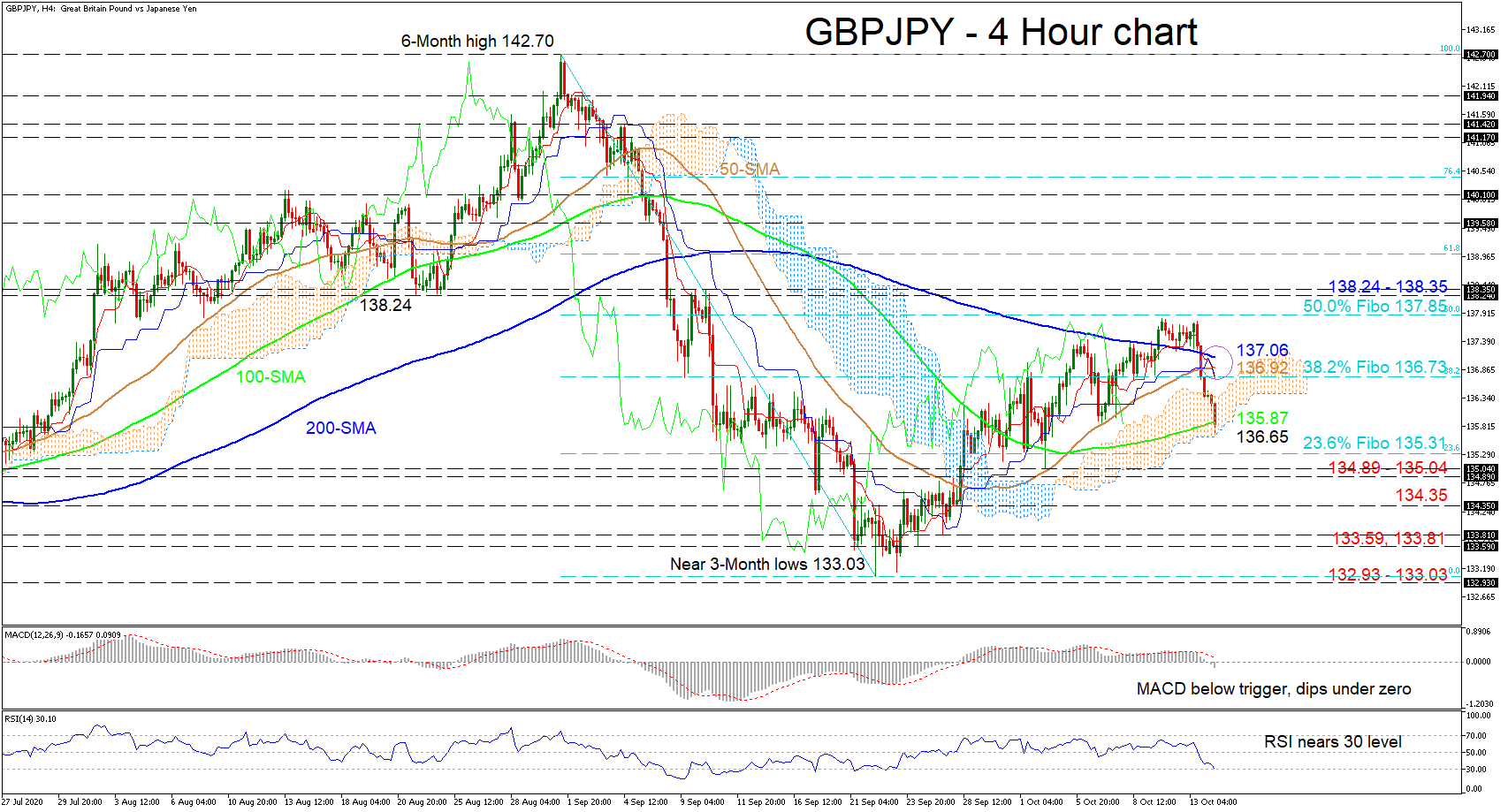