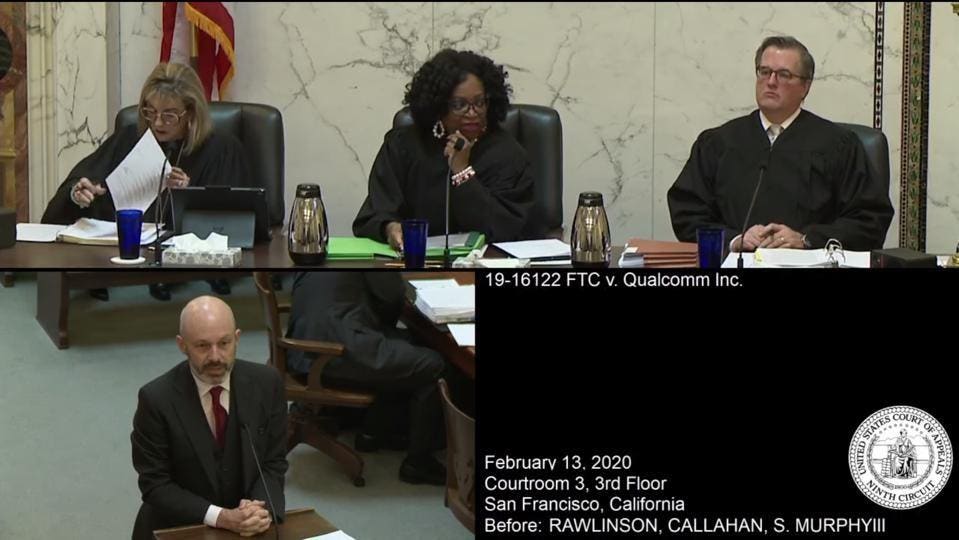 Three weeks ago, Qualcomm won its battle with the FTC in the Ninth Circuit Court of Appeals. The court unanimously reversed the district court’s judgment (led by Judge Koh) and vacated its global injunction against the company’s business practices, which had forced it to license IP directly to its SOC and modem competitors. I have written a lot about the case since its inception and thought it was time to write about a few interesting aspects of the case. I believe one of the most notable things that came out of the case was the distinction between anticompetitive and hypercompetitive behavior.

I am not a lawyer, but I have been involved over the past 30 years in some of the largest antitrust cases in technology, given my tenure at some of the top tech companies. What is clear to me is that having a monopoly, and using that monopolistic power to stifle innovation, increase costs, and harm competitors are two very different things. In general, the FTC or the DOJ must prove that the latter actually happened to get an guilty verdict. I was always of the opinion that the FTC never showed any evidence that any of these three conditions met the bar for Qualcomm. The only thing the FTC ever showed was that there was a theoretical possibility that it could happen in the future.

Qualcomm, on the other hand, showed that:

Qualcomm showed real data, not imaginary or theoretical data. I’ll admit, while I was surprised Qualcomm was even charged by the FTC (see my analysis here), I was even more surprised with the guilty verdict by Judge Koh. I had never seen anything like it in first-world courtrooms, maybe except for maybe Korea.

The Ninth Circuit Court of Appeals was crystal clear on its ruling:

Given the court went out of its way to talk about the differences between anticompetitive and hypercompetitive behavior, I thought it best to let you read what the court said about this rather than paraphrase. The court said:

“Anticompetitive behavior is illegal under federal antitrust law. Hypercompetitive behavior is not. Qualcomm has exercised market dominance in the 3G and 4G cellular modem chip markets for many years, and its business practices have played a powerful and disruptive role in those markets, as well as in the broader cellular services and technology markets. The company has asserted its economic muscle “with vigor, imagination, devotion, and ingenuity.” Topco Assocs., 405 U.S. at 610. It has also “acted with sharp elbows—as businesses often do.” Tension Envelope Corp. v. JBM Envelope Co., 876 F.3d 1112, 1122 (8th Cir. 2017).”

“Our job is not to condone or punish Qualcomm for its success, but rather to assess whether the FTC has met its burden under the rule of reason to show that Qualcomm’s practices have crossed the line to “conduct which unfairly tends to destroy competition itself.” Spectrum Sports, 506 U.S. at 458. We conclude that the FTC has not met its burden.”

So now that the courts found Qualcomm not guilty of anticompetitive behavior, how did Qualcomm get so dominant? I chalk it up as innovation and investment.

Qualcomm is fundamentally a technology R&D company. It started as a research and tech transfer company 35 years ago and was licensing CDMA wireless tech before it was selling chips. Qualcomm’s licensing model has been at the center of the mobility industry, with over 140,000 patents and patent applications worldwide. The quality of those wireless patents is high, as I researched here.

Only a handful of companies in the world do the in-depth and years-ahead R&D required for these technologies. On 5G, Qualcomm’s early foundational inventions drove the standards, with 5G R&D efforts starting more than ten years ago, and that adds up to Qualcomm having invested over $61 billion in R&D, 20+% of revenue every year.

I think it is critical for the sake of this conversation to split “R” and “D.” “R” as in “research” is highly risky and can start a decade in advance of any tangible product coming out of it. “D” as in “development” are the expenditures that productize IP for sale in the form of a chip. Companies like Qualcomm spend a much higher percentage on “R” than, let’s say, Broadcom who trumpets “R&D.”

Qualcomm also serves as an “orchestrator” across the industry, a role that mostly goes unnoticed. Cellular and mobile technologies are complex, and each generation grows more complex. Qualcomm’s overall goal is to drive the technology out into the world and build optimized mobile devices and optimized networks that deliver the performance that everybody expects. This requires implementation innovation  and engineering/tech support to many members of the ecosystem/value chain to ensure that the end-to-end system is optimized to provide power efficiency, performance, and Quality of Service. Qualcomm builds prototypes, tests them, conducts simulations to prove the technology before the standards process finalizes designs. It then optimizes the technology when it makes its way out into the market to ensure peak performance with real carriers on real networks and devices. I wrote a bit on the company’s orchestrator role here and here.

According to investigative reports, in 2014, “Apple allegedly ‘plotted’ to hurt Qualcomm years before it sued the company.” We also know that Apple and Samsung had a “common interest” agreement to work closely with FTC.  This resulted in the FTC charging Qualcomm for anticompetitive practices, and Apple suing Qualcomm and withholding payments for Qualcomm intellectual property that same week. Qualcomm then sued Apple and its ODMs for non-payment. Qualcomm’s stock plummeted to $53 (today $121), which led to a hostile takeover attempt by Broadcom. To keep investors at bay, Qualcomm commit to $1B in cost reductions and had to lay off thousands of  employees, disrupting family’s lives. Apple then settled with Qualcomm which included paying Qualcomm for the years it had withheld payment.

Without any evidence of harm to competition, increased prices to consumers, or a decrease in innovation, Judge Koh still ruled Qualcomm guilty. At the Ninth Circuit Court of Appeals, the three-judge panel unanimously overruled every one of Judge Koh’s rulings, citing the vast difference between being anticompetitive and hypercompetitive.

Yes, Qualcomm is very competitive and took enormous research risks and spent over $61B in R&D to get there. That is not a crime; it is the American way.

Note: Moor Insights & Strategy writers and editors may have contributed to this article.