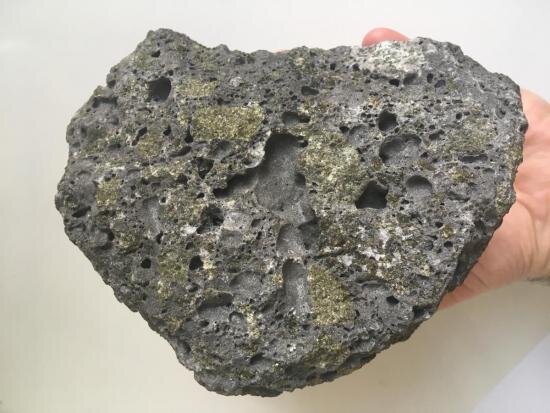 Probing the origin of the mantle’s chemically distinct ‘scars’

The composition of Earth’s mantle was more shaped by interactions with the oceanic crust than previously thought, according to work from Carnegie’s Jonathan Tucker and Peter van Keken along with colleagues from Oxford that was recently published in Geochemistry, Geophysics, Geosystems.

During its evolution, our planet separated into distinct layers—core, mantle, and crust. Each has its own composition and the dynamic processes through which these layers interact with their neighbors can teach us about Earth’s geologic history.

Plate tectonic processes allow for continuous evolution of the crust and play a key role in our planet’s habitability. Earth has two kinds of tectonic plates: those that host continents, which have survived for billions of years, and those that are mostly covered by oceans. Oceanic plates are created by the upward motion of mantle material that occurs when plates spread apart. They are destroyed by sliding under continental plates and back into the mantle, a process that also forms new continental crust.

“The chemical composition of the mantle is influenced by continent formation and geoscientists can read chemical markers left behind by this process,” Tucker explained.

For example, some of the elements found in crustal rocks don’t play nicely with the mantle’s minerals. When continental crust formation draws these elements out of the mantle, they leave behind a depleted residue, like sucking the juice out of a Sno-Cone and leaving just ice. This is referred to as crust extraction and is usually thought to create “scars” that are easy to spot and identify in rocks. It also leaves behind distinct zones in the mantle that are depleted of these particular elements.

“It’s long been thought that these chemical scars are the product of crust formation,” Tucker explained. “But mantle’s inaccessibility means that it’s difficult to know for sure using rock and mineral samples alone.”

To probe the question of the origin of these depleted reservoirs in the mantle, Tucker, van Keken, and their Oxford colleagues Rosemary Jones and Chris Ballentine developed a new model, which showed that the “scar-forming” process of sequestering of incompatible elements from the rest of the mantle is occurring not just in the crust but independently in the deep mantle thanks to old oceanic plates that were drawn all the way down.

“Our work demonstrates that the processes determining the mantle’s composition are more complicated than we previously thought,” Tucker concluded.