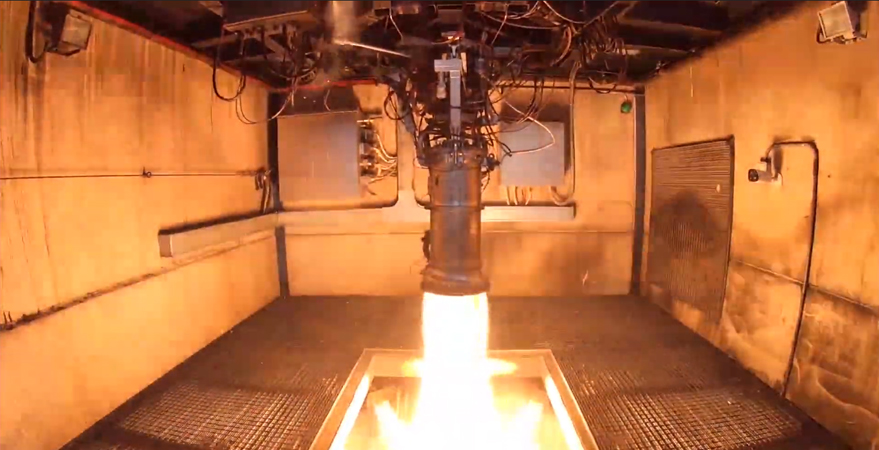 The thrust vector control testing was completed at the PLD Space Propulsion Test Facility in Teruel, Spain. The facility is located on the grounds of the Teruel Airport. PLD Space signed a 25-year lease agreement for the facility in 2018 promising to spend 1 million euros ($1.2 million) adding a test control center, stage hangar and three test benches.

The completion of the Teprel-B thrust vector control testing follows a successful “burst test” in March of the Mirua 1 composite overwrapped pressure vessel, which is used to pressurize the rocket’s propulsion stage during flight. A month earlier, the company completed its first full-duration Teprel-B hot-fire test, firing the engine for two minutes.

This run of success stands in stark contrast to the company’s 2019 efforts. In May 2019, PLD Space suffered a catastrophic engine failure during a hot-fire test of the first flight version of the Teprel-B. The failure resulted in damage to the test stand and the destruction of the engine. It forced a nearly eight-month long investigation and redesign effort before the company was ready to return to the test stand.

With the successful completion of the thrust vector control testing, PLD Space is one step closer to launching the maiden Mirua 1 flight. The mission will be launched from the El Arenosillo test range near Huelva, in southwest Spain.

Mirua 1 is designed to launch 100 kilograms of payload to an altitude of 150 kilometers. According to PLD Space, once at altitude, the vehicle will experience as much as three minutes of microgravity before it returns safely back to Earth. The company hopes to launch as many as four Mirua 1 missions a year.