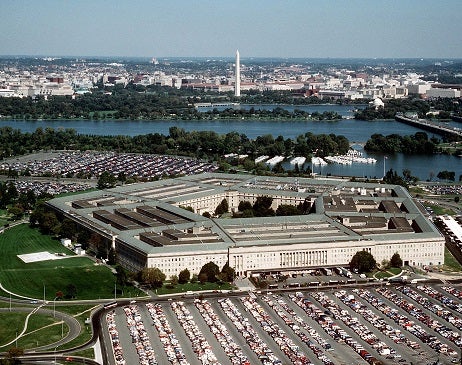 The Pentagon is fast-tracking space weapons and technologies with a sense of urgency in response to concerns that the United States may be falling behind Russia and China when it comes to destroying satellites, jamming networks and introducing new weapons into areas beyond the earth’s atmosphere.

Catching up or surging ahead of rivals in space comes down to a simple, self-evidence concept: speed.

“We need to field operationally relevant space capabilities faster than our adversaries. We have to out compete, out innovate and out hussle,” Lieutenant General JT Thompson, commander, Space and Missile Center, told The Mitchell Institute in a video series. “China’s strategic support force with their EW and cyber force has begun training specialized units with ASAT weapons.”

Thompson explained that the thrust of the effort involves not only prioritizing innovation but also revamping elements of the weapons acquisition and development process. He described it as “a journey to be more enterprise focused to develop new partnerships and add more innovation into our ecosystem and change our culture from risk aversion to taking smart risks.”

One risk, in particular, Thompson added, involves current moves to accelerate the fielding and development of an advanced, new-generation satellite called GPS IIIF. The new variant builds upon the existing GPS III systems, adds a laser Retro-Reflector array, improved resiliency and a fully digital navigation payload, according to Lockheed Martin data. Overall, GPS III systems are reported to bring three times the accuracy and up to eight times as much anti-jamming technology when compared with previous satellites.

Much of the acceleration efforts began in 2018 with what is called the Space and Missile Defense 2.0 strategy which called for increased prototyping and faster developmental timelines.

The idea, Thompson elaborated, is to move quickly to prototyping and experimentation, at times by leveraging computer automation, digital modeling and simulation technologies. Air Force and Lockheed Martin developers have been using digital modeling and automation applications with GPS IIIF. Such digital engineering enables the integration of newer, faster defensive technologies such as the Protected Tactical Waveform and the Encrypted Waveform.

“We are able to use computer automation to reduce operator workload from three hours to 15minutes,” Thompson said.

“We’ve got to have an enterprise approach to terminals. We can’t just keep building unique terminals every time we build a new system. We need to have commonality and tight linkage between terminal developers and platform engineers,” Thompson explained.

Networking satellites to one another through hardened connections with both ground terminals and other space-operating satellites can enable U.S. commanders to establish a more accurate, continuous track on approaching weapons traveling through space. Instead of tracking or handing off threat data from one field of view to another in a separated or stovepiped fashion, meshed networks of satellites can massively improve sensor-to-shooter time for human decision-makers.

“Gone are the days of every satellite having to have its own unique ground control segment. We have fueled innovation with rapid prototyping and have been making schedule and delivery a key performance parameter,” Thompson explained.

Of greatest significance, and very close to being a possibility, is the Pentagon effort to network satellites to one another and launch additional smaller, agile, and faster lower-altitude sensors. Moreover, the sensors built into satellites themselves will increasingly perform more independent command and control functions, in some instances helping to discern the difference between an actual ICBM or nearby decoys intended to thwart and confuse defenses. Most seekers at the moment often rely upon missile-integrated sensors tasked with guiding various anti-missile weapons called “Kill Vehicles.”

There are several interesting technical elements here, such as current initiatives to integrate ground terminals successfully to each other through large-scale cloud migration with various kinds of hardened transmission systems.

One element of this includes U.S. efforts to construct and add large constellations of Very Low Earth Orbit Satellites (vLEOs). These assets can move quickly, operate closer to the Earth, and quickly connect data while in space, all while closely tracking ground activity. Not only does this naturally improve space warfighting operations, but it also furthers the Air Force’s “redundancy” strategy, meaning a larger, more dispersed collection of satellites can ensure operations continue in the event that one is destroyed or disabled.

China is also quickly adding new satellites to space, as evidenced by the recent launch of an upgraded Long March 11A system, described in a June report from China’s People’s Daily Online.

“The new Long March 11A will be able to send 1.5 tons of payload to a sun-synchronous orbit at an altitude of 700 kilometers, nearly four times the Long March 11’s capacity to that orbit,” the report said, citing designers.

The larger payload will allow a wider range of sensors, cameras, long-range data link signals, and possibly even function as a weapons detection or delivery system.