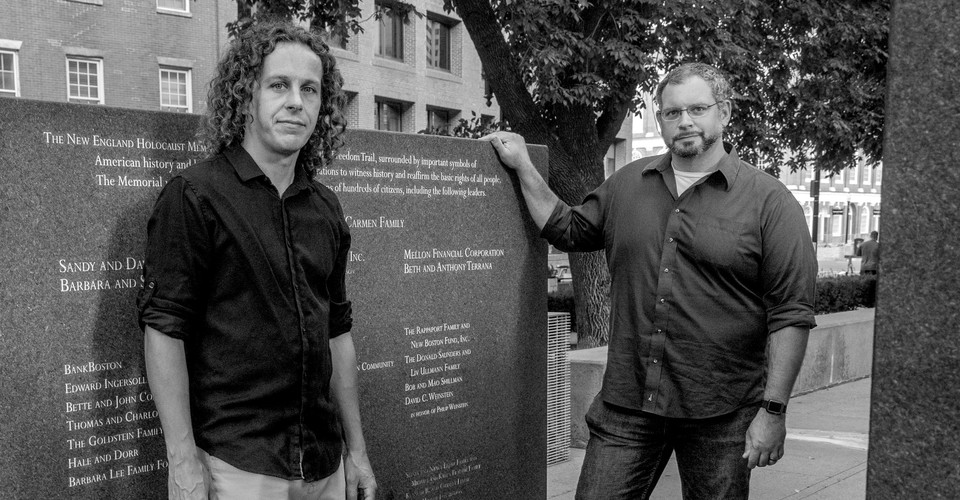 The kids were silent until I opened it up for questions and comments. There were tears in the eyes of many of the students. They said, after what happened during the Holocaust, and knowing what had happened, how could Jewish people still be threatened by hate? They were angry. They were talking to each other about anti-Semitism that we studied already. They made connections; they showed empathy. It was one of my proudest days as a teacher.

Richmond: Do you have a sense that the class has had a long-term impact on your students?

Bilton: For some of them, it changes the direction of their career. Or it’s just changed their outlook on the world in general. We’ve had genocide survivors come in and speak. And when you’re listening to Claude Kaitare, a survivor of the Rwandan genocide, talk about witnessing a neighbor being killed, it’s hard not to want to do something to help those people who have lived through that. Some students connect their projects to their CTE area of study: We’ve had students who were in the health-assisting program explore the effects on the human body of living in a ghetto during World War II and the effects of starvation, a lack of hygiene, and the psychological factors. It was incredible work.

Stark: We had one student who was in the equine-science program. She told us the genocide-studies class changed her career direction. She’s now studying political science, international studies, and human-rights law in college. Justin and I are both extremely proud when we hear from kids now and again—and we’ve heard from a lot of them recently about what’s going on in the United States. Some of them have become involved in the Black Lives Matter movement, fighting for racial equality, and it’s been very heartening.

Richmond: Will anything be different this fall?

Bilton: This course affords us the opportunity to look at current events, and how those have similarities to these past events. This coming year, the overarching theme will have to do with Black Lives Matter and systemic racism. It’s a topic we’ve discussed before, but we plan to get into the role we all play in changing those injustices that continue to plague the Black community. We’re trying to encourage kids to be lifelong learners, and we model that by showing them that Jason and I are also still learning.