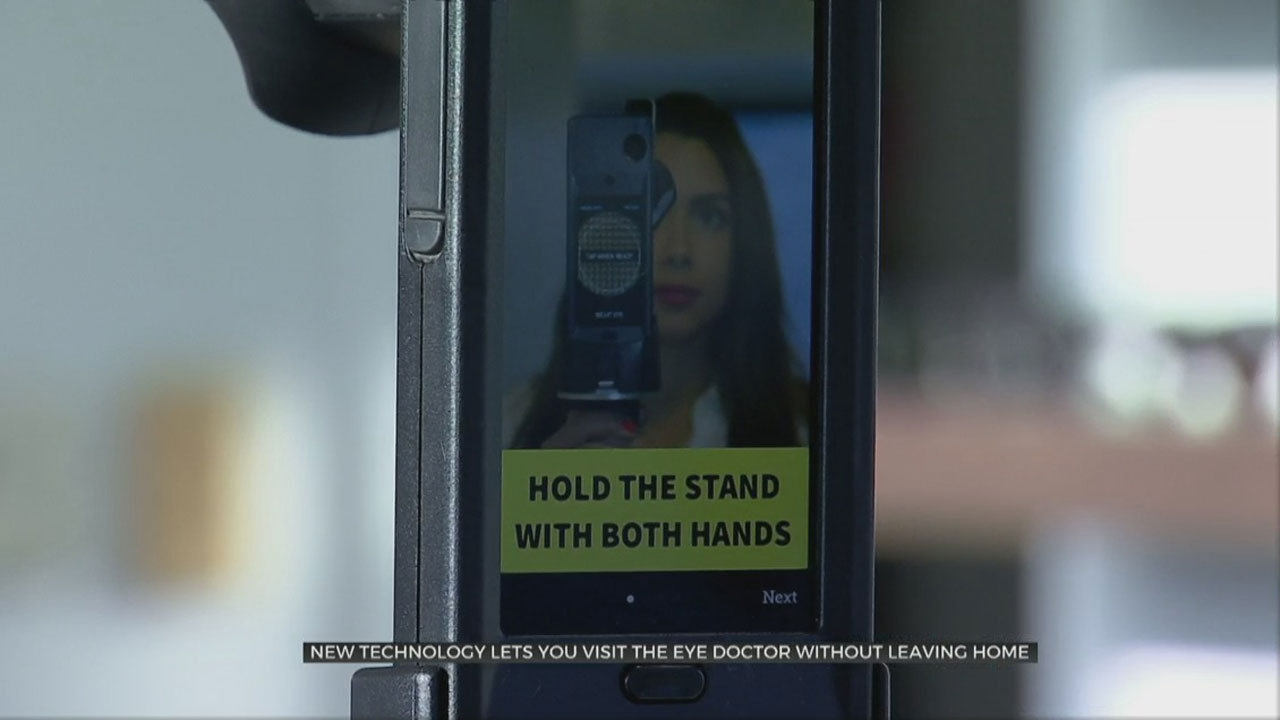 A first of its kind technology in Oklahoma is turning a local glasses store into a one stop shop for lenses.

The cell phone-based technology allows customers to receive their prescription without an extra trip to the optometrist.

A year ago, at the New York City vision expo, the new technology caught the eye of Oklahoma based company, Black Optical. When the pandemic hit, the company believed it was the right time to introduce it to the sooner state.

At Black Optical’s Oklahoma City location, optician Josh Wilcox says he hears one question often, “Hey, do you guys do prescriptions?” He says they are now able to answer yes.

The technology called wave front was developed by NASA, Wilcox says. The small device runs off smart phone software and sits atop a height adjustable stand.

The exam begins with a series of health questions that could indicate a need for further medical examination from an optometrist. If no symptoms are present, the customer will move on to the standard eye test chart. That is followed by a pupil distance measurement.

Finally, the wave front technology scans each of the customers eyes.

“It’s actually taking a picture of your eye. It’s helping to see exactly how that prescription should be written,” says Wilcox.

That prescription is then emailed to the customer, Black Optical and a licensed optometrist for review. Within 24 hours the prescription is confirmed, and the lenses are made. Their glasses can then be picked up, mailed, or dropped off curbside.

Wilcox says doing the exam at the store instead of the eye doctor helps alleviate some of the backlog created by the pandemic.

The portability of the device also allows those exams to happen anywhere.

“We actually have a couple of projects right now taking them to companies that want to provide that to their employees,” Wilcox says. “We can do those exams and refractions right on site.”

The other benefit, he says, is one fewer trips an individual must make. For those who prefer to go out less often, the advantage may be easy to see.

Black Optical views the technology as complementary to the eye doctor.

The licensed optometrist that reviews the prescriptions can also identify any issues that may require further evaluation.

The company has implemented the new smart scanner for about two months. So far, they’ve provided prescriptions for close to 25 customers.