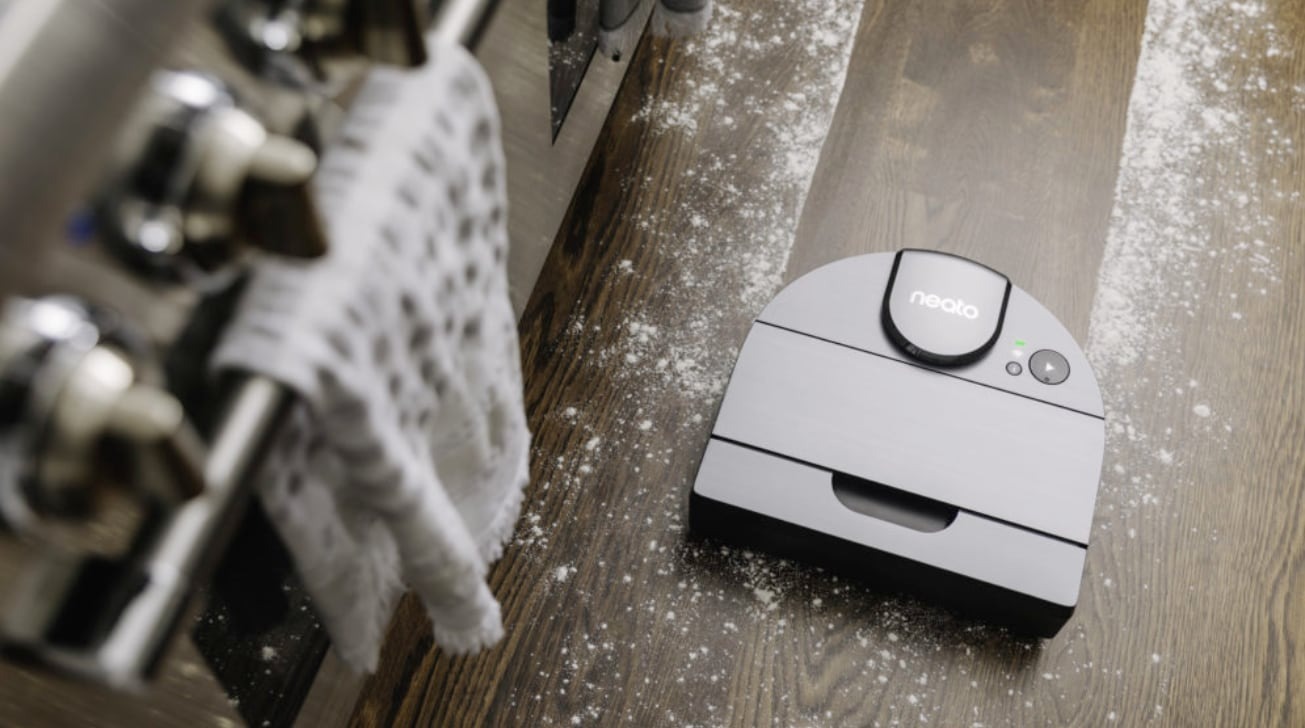 Neato Robotics has launched a trio of new models in its robot vacuum range, with the Neato D10, D9, and D8 premium models offering intensive cleaning and low-light operation.

Like other models from the company, such as the Botvac D7, the three products are smart home vacuum cleaners that are controllable from an iPhone, iPad, or Apple Watch. Using a companion app, users can map their home, set schedules of operation, manually start and stop it from cleaning, see where the robot has cleaned, and even receive a notification about the robot’s status.

Since the last generation’s release, Neato has expanded its existing support for services including Amazon Alexa and Google Assistant into Apple’s ecosystem. While not full HomeKit compatibility, the app now works with Siri Shortcuts, allowing users to verbally instruct the robot to perform specific actions.

The group offers edge-to-edge cleaning with the widest brush available in the robot vacuum market. Wi-Fi and Bluetooth support is bolstered by a rapid setup process, which is claimed to take just six steps to go through between opening the box and the first clean.

The Neato D8 includes the company’s LaserSmart technology to improve its effectiveness in low-light situations, such as working with the room lights off or under furniture. Offering a 90-minute runtime, it also includes an extra-wide brush and a large dirt bin, to minimize the number of times it needs to be emptied.

The D9 improves on the D8 by being able to pick up more dirt over a longer period of time. Using an ultra-performance HEPA-style filter, it can capture 99.5% of dust and allergens, while its runtime of up to 120 minutes allows it to handle larger workspaces.

The top-of-the-range Neato D10 extends the runtime to 150 minutes, as well as performing an even deeper clean. An included True HEPA filter captures up to 99.7% of allergens as small as 0.3 microns.

Neato will be shipping the D10, D9, and D8 this fall in North America, Europe, and Japan. Pricing has yet to be announced.