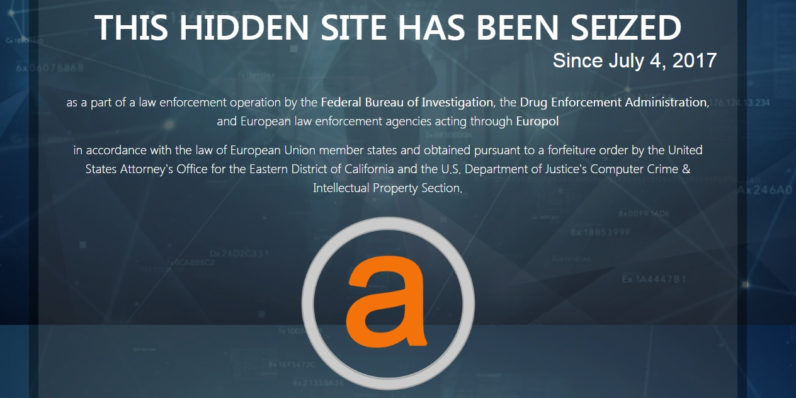 Yet another individual associated with notorious dark web marketplace AlphaBay is going to jail. Bryan Connor Herrell, who served as a moderator, has been sentenced to 11 years in prison, the US Department of Justice has revealed.

Back in January, Herrell pled guilty to conspiring to engage in a racketeer influenced corrupt organization — a sentence that carries a maximum of 20 years in prison. But according to a statement from the Department of Justice, US District Court Judge Dale Drozd has sentenced Herrell to only 11 years.

[Read: We asked 3 CEOs what tech trends will dominate post-COVID]

“This sentence serves as further proof that criminals cannot hide behind technology to break the law,” said US Attorney McGregor Scott. “Operating behind the veil of the darknet may seem to offer shelter from criminal investigations, but people should think twice before ordering or selling drugs online — you will be caught.”

During his time at AlphaBay, Herrell settled over 20,000 disputes between vendors and purchasers. The 26-year-old, more commonly known under the alias of “Penissmith” and “Botah,” purportedly received remuneration in Bitcoin for his efforts.

The sentence comes after a massive sting operation between the FBI, DEA, Europol, and a number of local authorities from different countries secretly took over control of popular dark web marketplaces AlphaBay and Hansa.

Days before the busts, alleged AlphaBay founder Alexander Cazes was found dead in Thailand, where he was held on drug-related charges at the request of US Authorities.

At the time, AlphaBay and Hansa were by far among the biggest dark web marketplaces, with the former reportedly raking in about $500,000 in daily profits. Needless to say, their sudden disappearance left a huge vacuum on the dark web — a vacuum that was filled by other similar platforms only a year later.