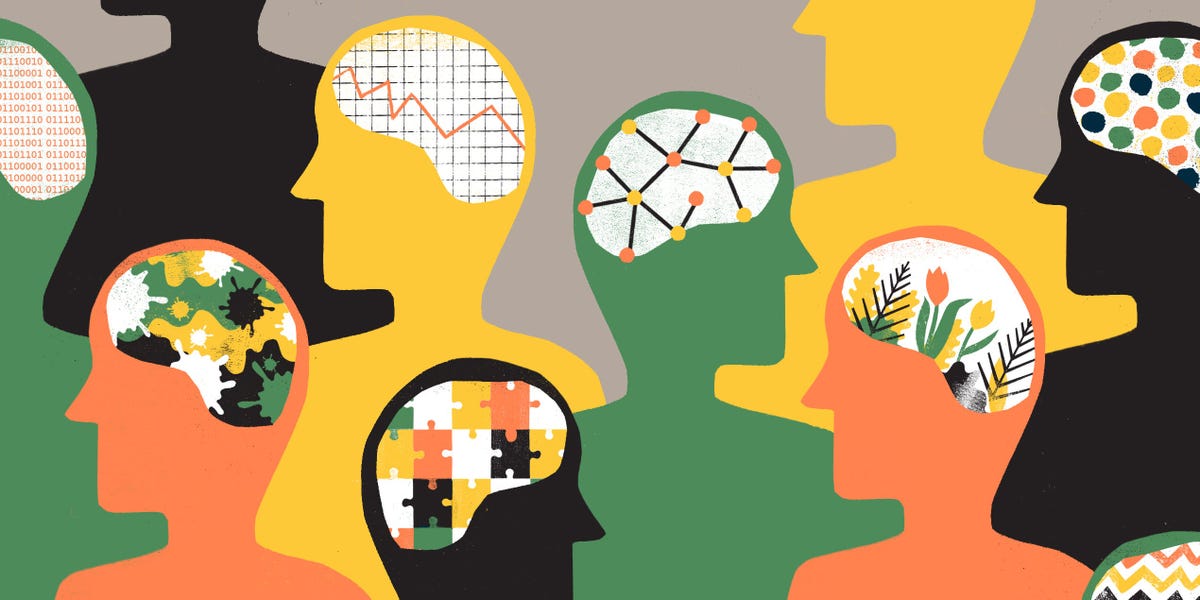 In 2017, while running his startup Fresco News, John Meyer lost his father to suicide. Naturally, he was grief stricken. But as a 20-something, first-time CEO, he didn’t let it show.

“Startup founders worry about if they share, let’s say, something vulnerable about a big family issue they’re going through that’s creating a lot of anxiety and stress that they’ll be looked at differently,” Meyer, who later cofounded Homebound, told Business Insider.

Anything that smacks of a mental wellness issue is “extremely stigmatized in the industry,” he said.

He found a path to healing almost by accident, while sharing what he was going through over a dinner with other startup founders.

“Once I did it, everyone around the table started doing it,” Meyer said. “I ended up realizing that most startup founders, at least these days, are going through very significant life issues outside of their company. But they can’t really work through it because they can’t find the time to go to therapy. They don’t have normal friends who are not in business or startups to talk to about those kinds of things.”

As COVID-19 roils the U.S., the public’s mental health has become more perilous. A CDC survey published August 14 found 11% of respondents had struggled with suicidal thoughts in the past month.

Startup founders in particular, who already live in a high-stress world, have experienced a mental downward spiral, according to a new survey from consulting firm The Kung Group.

The survey of 584 founders, running startups ranging from pre-seed to Series D stages, found a spike in negative emotions and unhealthy behaviors since the onset of the U.S. outbreak.

“Humans are simply not built to be isolated in their homes for months at a time,” said venture capitalist and TechStars cofounder Brad Feld, who has publicly discussed his own bouts with depression and anxiety.

“Founders, who are already under immense pressure from many directions, now have to contend with that dynamic for themselves, in an extremely uncertain business environment, connected only by video conferencing and email to their teams, investors, and customers, with no relief from the endless intensity of creating and leading a business,” Feld said.

Startup employees outside the C-suite struggle with their mental health as well. Yet Kung Group founder Jocelyn Kung said founders face a unique pressure to show no weakness. She worries that their unchecked stress could bleed into their decision-making and affect the entire company.

The unhealthy ‘cult of the startup’

There’s some evidence that entrepreneurs are more inclined to struggle with their mental health than the average person to begin with. A 2015 study from the University of San Francisco found almost half the entrepreneurs participating were dealing with mental health conditions like depression, ADHD, bipolarity, and substance use.

The precarious task of building a successful startup lends itself to unhealthy behaviors like overworking and too little socialization. Karan Singh, founder of mental health app Ginger, said he realized during his early days as an entrepreneur that there was “a cult of the startup” among founders that valued an extreme work ethic above all else.

These days CEOs are also struggling with feelings of loss of control as COVID-19 locked them in their homes and scuttled their business plans. That’s difficult for the personality types of founders, who already have what Singh calls “almost irrational belief” that they can succeed in a field where most fail.

Dueling with that self-assuredness is a tendency for CEOs to compare themselves to others. Singh gets together for a group discussion once a month with other CEOs to talk through whatever they’re facing.

“Inevitably, in almost every single session, there is some description of imposter syndrome,” Singh said. “A feeling of like ‘I shouldn’t be here. I don’t have the skills and capabilities. The gravity of the situation is so great that I might not make it.’ I think that’s a pretty consistent feeling for most founders.”

Finding the right people to talk to is a key part of managing such feelings, according to Kung, Singh, and Meyer. But being open with their issues can be difficult for founders who have practical concerns about attracting talent and capital.

Meyer said being open about what he went through after his father’s death led to extra scrutiny from some investors.

“Occasionally I would run into an investor who would do a second check and say, ‘Are you sure you’re able to keep the ship going with all of this?'” Meyer said. “‘Should we look at bringing in an interim CEO for a while?’ And this is something that I’ve heard from other startup founders as well.”

Meyer thinks too many venture capitalists talk about the importance of mental health but too quickly default to the idea of bringing in a replacement CEO.

“There’s very rarely any sense of  encouragement from a venture capitalist to simply encourage a startup founder to, you know, pair up with a therapist instead,” Meyer said.

But Feld sees that slowly starting to change.

“It should be no surprise that the mental health part of the crisis is real, and accelerating,” he said about the pandemic. “Fortunately, the stigma associated with mental health, especially among founders, is lessening. It’s still very real, but more are talking about it.”

This is helped by the tech industry and VCs like himself addressing it in the way they know best, with new apps and startups.

“There are many more coaching options like Reboot to help founders, CEOs, and leaders through this. There are companies, like Meru Health (which we recently funded) that are working to rapidly make mental health services more broadly accessible and affordable,” he said.

Ultimately, being open and vulnerable about his own struggles is how Meyer found his way through the dark time after his father died.

“Opening up to these folks over dinner was probably one of the most key or primary ways that I worked through healing this crazy experience of losing my father to suicide while running a company,” Meyer said.

Since then Meyer has started hosting what he calls “founder vulnerability dinners” where entrepreneurs can open up about their personal struggles. Meyer said the waitlist for these events can stretch into the hundreds.

Are you a tech worker with a story to tell about mental health? Got tips about startups or venture capital? Email Max Jungreis at [email protected], DM him on Twitter @MaxJungreis, or contact him on encrypted messaging app Signal at (907) 947-0299.