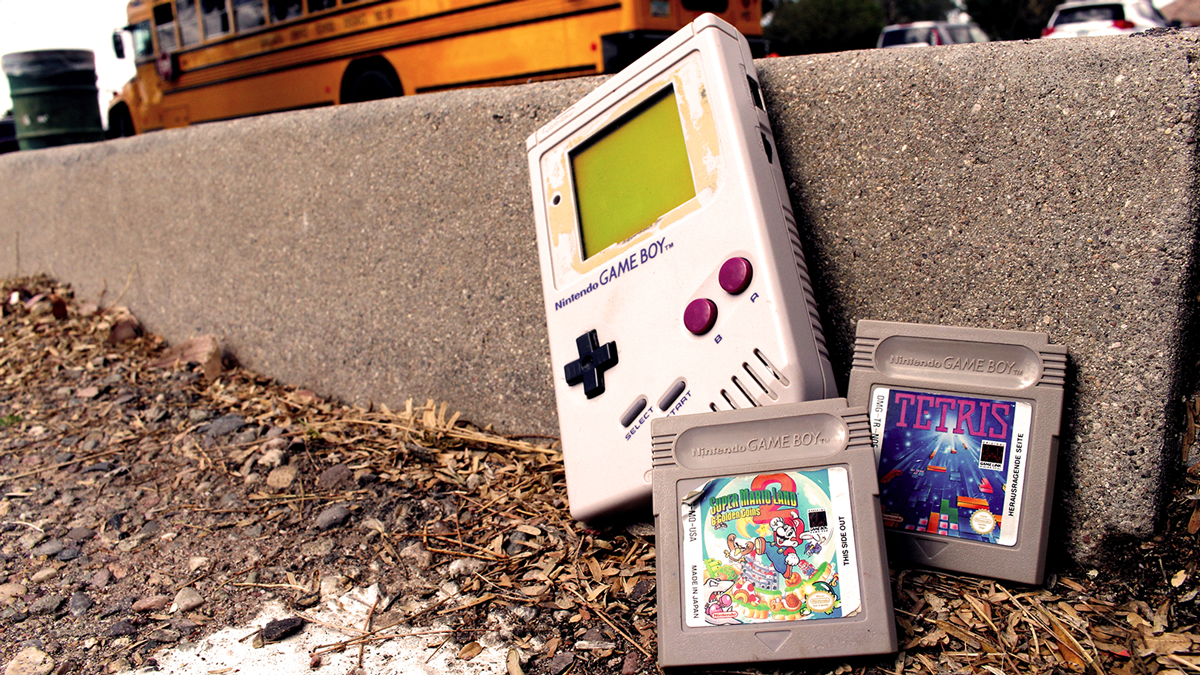 When they’re not writing our Modern @thletics column, Steve and Dave are the principals at Gains Group, a sport innovation firm that works with athletes, teams and leagues around the world.

1989 was a heckuva year. Many in sport remember it as the year of the Bay Series Earthquake, but if you’re from Detroit, you undoubtedly remember it was the year the Pistons finally won a championship.

I (Steve) was an 11-year-old in St Louis, and I remember it as the year the Nintendo Game Boy came out. Indestructible, simple, cheap (relatively) and fun—I coveted the gaming system. My parents wouldn’t buy me one, so I had to borrow my buddy Jim’s. We spent the summer sitting outside the local baseball card store up the street from my house passing the console back and forth playing Tetris and the baseball game.

Gunpei Yokoi is not a household name in the United States, but he should be. He was the inventor behind the Game Boy and many of Nintendo’s other products. He probably had as much impact on the world of gaming and our modern culture as any other human being. The Game Boy itself was one of the first console’s that attracted girls to gaming—Nintendo’s internal numbers showed that almost 50% of players were female compared to 25% or less for the regular consoles. In short, he opened the world of gaming to a lot of people, including me, and he did it with a simple but powerful philosophy that everyone building products in sport should know: Lateral thinking with withered technology.

We’re experts in sport and innovation, but the first time I had this concept defined for me was in David Epstein’s book, Range, when he talks about Yokoi’s principled approach to using established and well-understood technology to build products in new sectors. All of the components of the Game Boy had been proven out and used in other domains. While Nintendo’s competitors were trying to compete with them on cutting-edge technology—think color screens and faster processors—Yokoi led the way with simple, delightful, reliable, and cheap. Epstein’s point in the book is that Yokoi was a generalist, and that his broad and varied experiences allowed him to see what specialists trying to compete on cutting-edge technology could not: that a well designed product with reliable and cheap technology can be superior.

In sport we are seemingly always searching for “game-changing” technology and advances that will vault us past our competition. But the truth is that sport has a very predictable and repeatable set of problems. Scout players, develop players, put them in the right position to succeed, and then get out of their way. Attract fans, delight them in the stadium or at home, put a quality product in front of them and then get out of their way.

But it’s easy to go too far down the rabbit hole of falling in love with new and overly complex technology. Take, for instance, one of the NBA’s biggest gaffes. In 2006, the league was sold on switching from leather balls to synthetic balls by Spalding. A lot of assumptions were made that the new technology—synthetic fibers—would perform well. But players hated it and the initiative was abandoned just as quickly as it was implemented. There is a lot of cutting edge technology out there, such as blockchain, artificial intelligence, computer vision, nano-technology, implantables and beyond that seem exciting at first, until you realize how much it’s going to cost in both hard dollars and resources to implement.

That’s why we’re looking hard at withered technology at the moment. What existing technology can be repurposed to create new value for leagues, teams, fans or athletes? Case in point: athletes are constantly put under the microscope of film, their every step broken down and coached up. But that same technology and approach can be extended to coaches themselves. As part of our new initiative in coaching development we want to mimic what the New Zealand All Blacks do and use the same type of player video and audio analysis on coaches. Our second article in this Modern @thletics series was an example of withered technology, with proven football analysis tools being used to coach up U.S. Marines.

How do you commit to lateral thinking with withered technology? The core reason Yokoi used this philosophy was because he did not believe that games needed cutting-edge technology; instead they needed to be fun, with novel gameplay. And therein lies a lesson for those of us in sport: The way to commit to lateral thinking with withered technology is by simplifying problems and scanning established marketplaces for solutions that people understand. When I (Steve) was with the San Diego Chargers (waaaayyy back when), we were working with the digital playbook company PlayerLync and helping them with user interface issues. The original menu was tough to navigate because too much information was populated on the home screen. A number of ideas for designs were put forward, but we simply suggested they use the same file folder system on the Apple iPhone. Just mimic what works, don’t make it too complicated. The old acronym KISS— Keep It Simple Stupid—is a mantra that those building tech need to repeat to themselves over and over and over again.

Why is this important now? Well, one of the trends we’re seeing in sport is awesome tech with zero value. There is a build-up of complicated technology that briefs really well but misses the mark on creating a delightful experience that is useful for customers. For example, most coaches still don’t engage fully with analytics, despite the market maturing—and that’s because many of the visualizations and reporting structures are still built by analytical minds for analytical minds. We’re 20 years into Moneyball and we still haven’t gotten that right at scale.  Why? Because most companies are still competing on “our model is better than your model” versus “our experience is more usable than your  experience.”

Now some of you reading this will say, “Sure, but the Game Boy was eventually eclipsed by faster, better products.” And that’s true, but not before it made mobile gaming a thing and created space for non-endemic gamers to get into the game. Sometimes you need to take one step back to go three steps forward, and we believe it’s high time we stopped so hard trying to be high-tech and focus a bit more on being highly used.