Apple’s upcoming iPhone 12 is set to offer a new 5.4-inch small form-factor, according to sources from Taiwan’s supply chain. The new 5.4-inch device will be smaller than any flagship iPhone released over the past two years.

According to a DigiTimes report supported by supply chain analyst Ming-Chi Kuo, Apple will release a 5.4-inch ‌iPhone 12‌ with Samsung Display’s Y-Octa touch technology. Y-Octa is an advanced flexible AMOLED display technology that removes the film substrate and allows the touch circuit to be directly patterned on the film’s encapsulation layer, making the display thinner and more cost-effective. 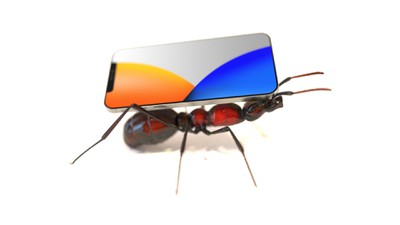 It is unclear if the thinner display technology will translate to thinner iPhones overall. Last year’s iPhone 11 Pro and iPhone 11 Pro Max were actually slightly thicker and heavier than their predecessors, as Apple added larger batteries.

Rumors about whether the smaller 5.4-inch ‌iPhone 12‌ will have a reduced notch have conflicted, with some suggesting that the device will have a smaller notch, and others indicating that it will remain the same as previous generations.

The new 5.4-inch size would likely be applauded by fans of smaller phones. In recent years, Apple’s original 4-inch iPhone SE was praised for its compelling internals inside a compact design, and there have been calls for Apple to make a new small form-factor ‌iPhone‌ with the latest features.

The release of an updated ‌iPhone SE‌ earlier this year and news of a smaller 5.4-inch ‌iPhone 12‌ this fall indicate that Apple is increasingly interested in providing small form-factor devices, after a period of prioritizing devices with larger screens. 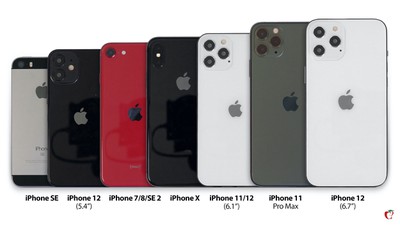 2020 is expected to be a big year for the ‌iPhone‌, with rumors pointing to the new display sizes, a redesigned metal frame similar to the ‌iPhone‌ 4, rear-facing 3D sensing, 5G support, and up to 6GB of RAM.