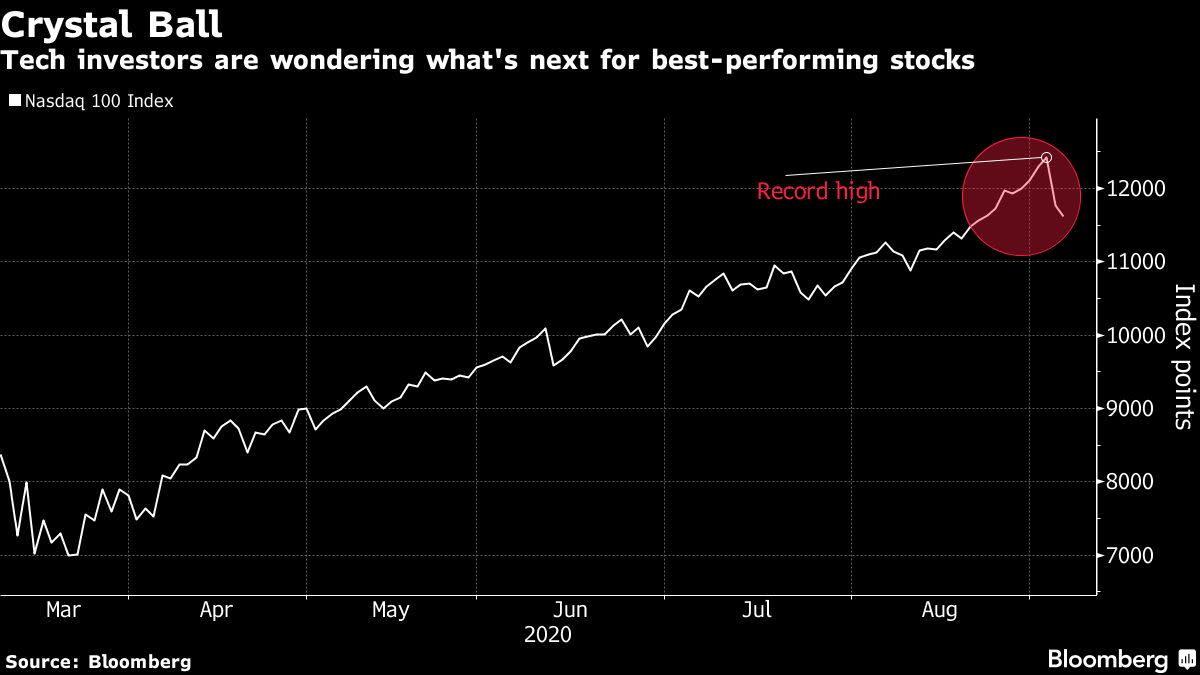 The Wall Street guru is advising clients to keep their faith in tech stocks after numerous market players got burned last week during a plunge in the Nasdaq 100 Index, driven by some of the frothier tech companies like Amazon.com and Apple Inc. Goldman is maintaining its overweight recommendation in tech stocks in every region thanks to the sector’s strong cash generation, earnings and stable balance sheets, said Oppenheimer.

In backing some of the biggest stock market winners of the past six months, Oppenheimer is wagering on an acceleration in the “digital revolution” fueled by lockdowns and increased use of the internet and technology as working from home became the global norm. Even as people in developed economies start returning to the office and curbs are relaxed, Goldman expects further benefits for tech equities from accelerating digitalization.

“We think this transformation of the economy and stock markets has further to go,” said Oppenheimer in a note on Monday. “These companies could continue to drive valuations and returns in this bull market.”

Oppenheimer also responded to concerns that popular tech names have become too expensive. He noted that the aggregate price-to-earnings ratio for the FAAMG stocks — Facebook Inc., Amazon, Apple, Microsoft Corp., and Alphabet’s Google — at 31.6 is below that of 55.1 for the leading stocks during the tech bubble of the late 1990s.

The biggest short-term risk to Goldman’s optimistic view on tech and to the overall bull market is if the economic recovery starts to falter, which could lead to a stock market correction of as much as 10%, according to Oppenheimer. Periods of low interest rates and rising debt also often fuel an accumulation of problems that can later lead to a financial crisis, he said.

But for now, Goldman economists are optimistic about the growth bounce and include in their forecasts the approval of at least one vaccine in late 2020, followed by widespread distribution and a positive effect in the first half of 2021.

Unless interest rates rise significantly, the tech sector is “likely to remain dominant for some time to come,” said Oppenheimer. Tech companies are “seen as relatively defensive and might continue to outperform even in a market correction.”

bloomberg.com” data-reactid=”40″>For more articles like this, please visit us at bloomberg.com