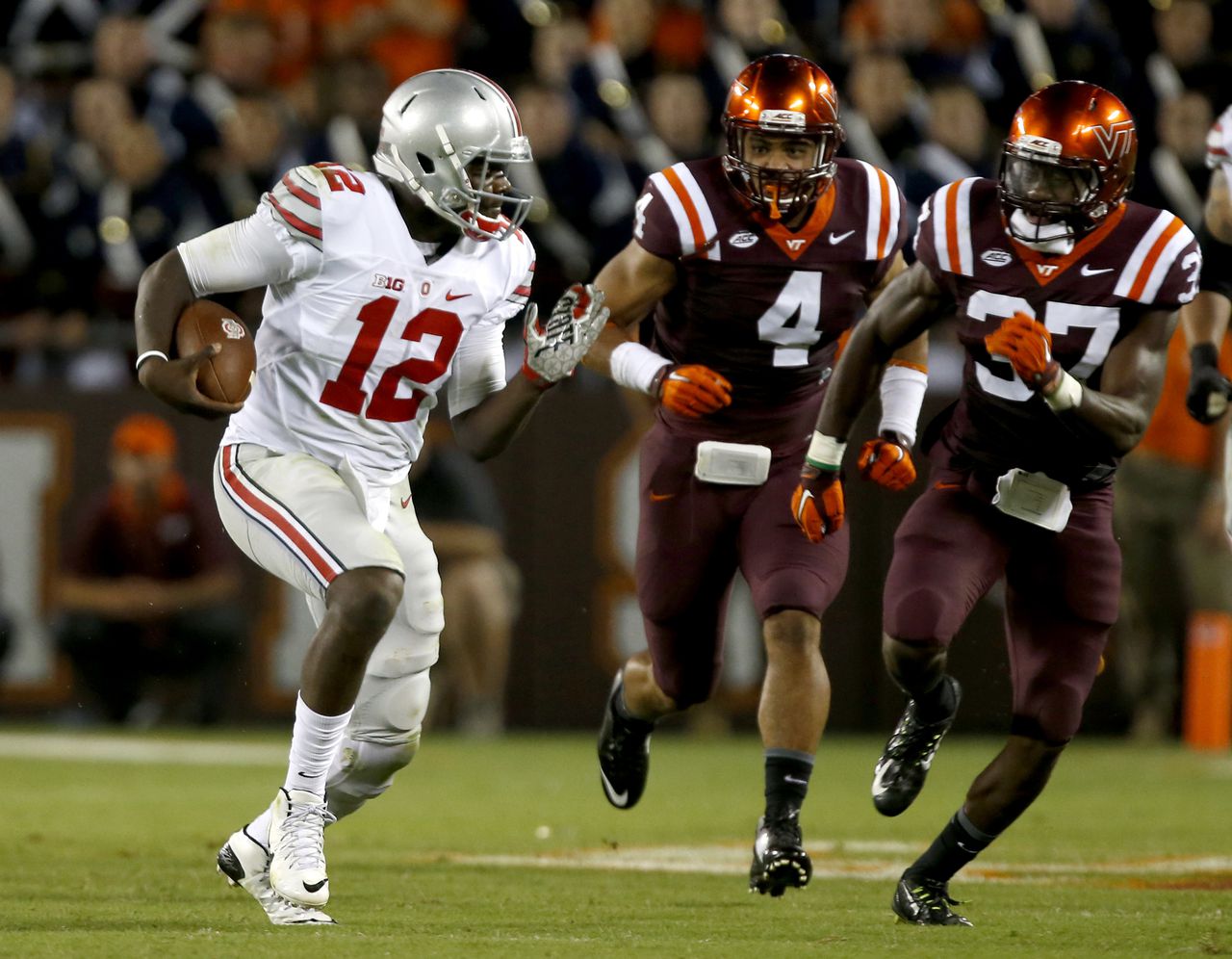 The Buckeyes scored 44.8 points per game while winning it all in 2014, then returned nearly all of the key offensive contributors and scored 35.7 points per game. With an offense that featured two future first-round picks on the offensive line (Taylor Decker and Billy Price); two quarterbacks who could win with different styles; a plethora of H-back options in Braxton Miller, Jalin Marshall and Curtis Samuel; and two players who would go on to become arguably the best running back (Ezekiel Elliott) and best receiver (Michael Thomas) in the NFL … the Buckeyes ranked 28th in the nation in points per game and 41st in the nation in yards per game.

The chance to win consecutive titles and establish a mini-dynasty was there for the taking, and the Buckeyes couldn’t take it. You could see the seeds of all that being planted during that 42-24 win over Virginia Tech on Sept. 7, 2015, which featured plenty of big plays but a lack of fluidity for an offense that returned so much.

It’s interesting to relive. Maybe not entirely pleasurable for OSU fans, though the Buckeyes did pull away in the fourth quarter after trailing at halftime, but valuable. So we relived it.

That Virginia Tech game from 2015 was featured as our very first Buckeye ReTalkable, the new podcast series we started to examine and analyze previous Ohio State games. The plan for the next one is the OSU Rose Bowl win over Oregon that capped the 2009 season, since the Buckeyes won’t be playing a regular-season game at Oregon this week, as was originally planned.

But enjoy this discussion first. Rewatch the game either before or after the pod, and then come along and listen as Nathan Baird, Stephen Means and I examine it through a variety of categories that focus on big plays, underrated players and what it all means. I think this 2015 season will be worth revisiting in a few ways during the course of this fall. But it all started on Labor Day in Blacksburg, Va, five years ago.

If you’ve never listened to Buckeye Talk, try it now. And subscribe to Buckeye Talk on any of these podcast platforms or wherever you listen to podcasts.

New Ohio State face masks for sale: Here’s where you can buy Ohio State-themed face coverings for coronavirus protection. A 3-pack is available on Fanatics for $29.99.