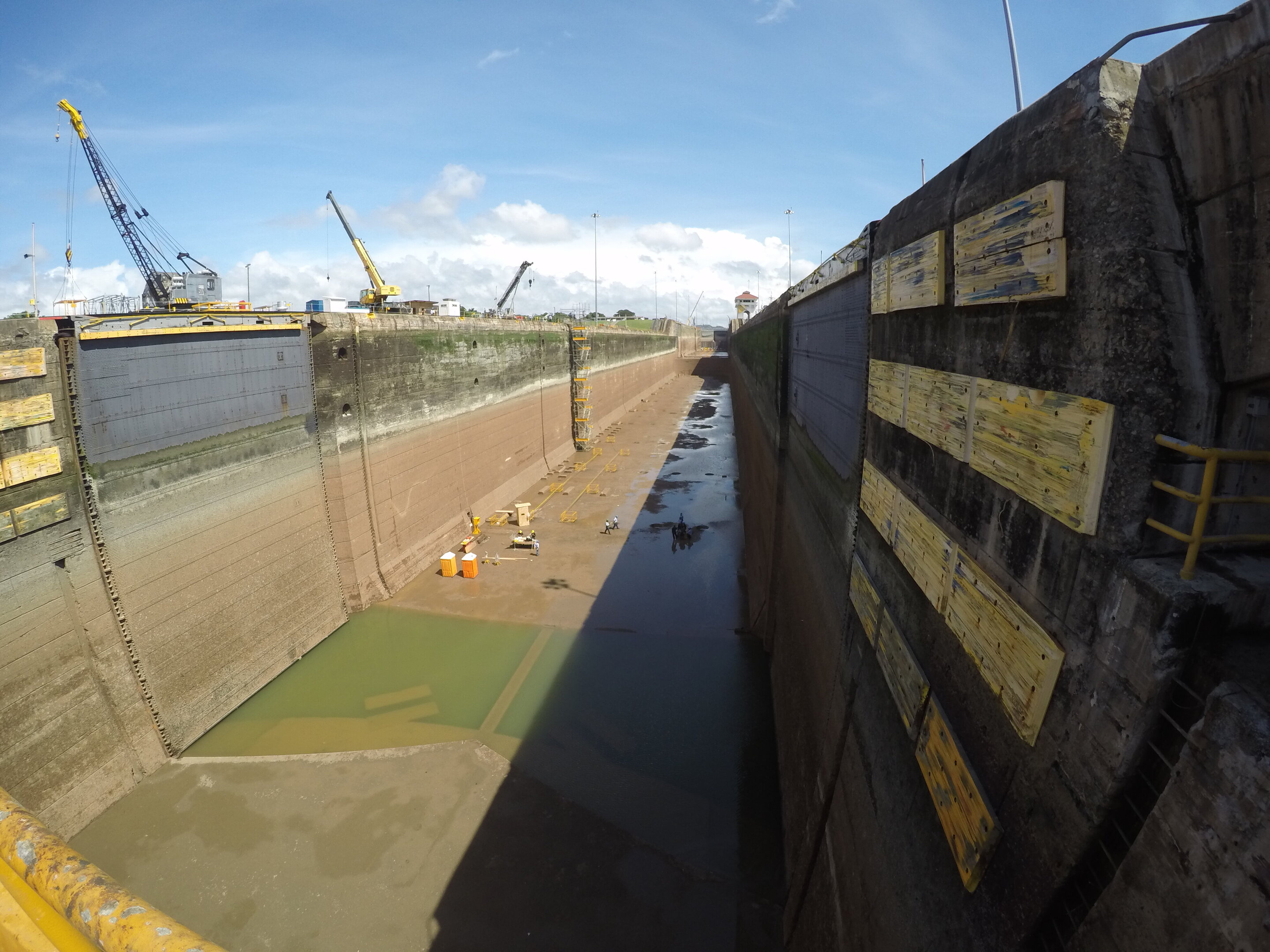 World maritime trade grows each year, aided by canal waterways that connect oceans and reduce shipping time, energy consumption and carbon emissions. Following recent expansions of the Panama and Suez canals, non-native fish species are invading new habitats according to a new report in Nature Ecology and Evolution by researchers at the Smithsonian Tropical Research Institute (STRI) in Panama and the Leibnitz Center for Tropical Marine Research (ZMT) in Germany.

“We’re seeing a shift from predominantly freshwater fishes to marine fishes in the Panama Canal (Lake Gatun) in a short period of time,” said Mark Torchin, STRI marine ecologist. “The concern is that if fish invasions continue there is a good chance of some of those fishes moving into the other ocean, with unknown environmental consequences.”

Larger locks to allow transit of NeoPanamax vessels (NeoPanamax refers to ships too big to pass through the original 1914 locks) through the Panama Canal were finished in 2016. Expansion of the Suez Canal to include a new, 35-kilometer channel concluded in 2015.

“During the planning phases of both projects, researchers warned about the risks of expanding these two canals,” said Gustavo Castellanos-Galindo, postdoctoral fellow at STRI and guest scientist at ZMT. “This report documents those changes in real time.”

Only four years after the Panama Canal expansion, long-term monitoring recorded the presence of 11 new marine fish species in Lake Gatun, which has served as a freshwater barrier to movement of marine fauna between Pacific and Atlantic Oceans since the canal opened in 1914. This takes the total number of marine fish species known from in the lake from 18 to 29. Marine fishes such as jacks, snooks, mojarras and ladyfish have entirely replaced freshwater fishes in some parts of the lake.

Salinity in the lake increased, although the cause has not yet been determined. Possibilities include increased ship traffic and lock usage and the new locks’ design, which incorporates recirculation of some lockage water.

“These marine fish invasions are an early warning sign of what could happen if no corrective measures are taken,” Castellanos-Galindo said. “Along both coasts of Panama there are hundreds of fish species that could tolerate the conditions of an even slightly brackish canal. We don’t know what the ecological and socioeconomic consequences of these fishes crossing the canal to either the Pacific or the Atlantic would be.”

“We can document the Panama Canal invasions because we have good, standardized and quantitative pre-expansion data,” said D. Ross Robertson, STRI ichthyologist. “We need to get back out there to collect more data to find out exactly what is going on and to provide the science that will help policy makers mitigate the potential impact. This is a really good example of how the pandemic has interrupted field work with important implications for environmental decision making.”

Whereas the barrier to fish crossing from ocean to ocean in Panama is a freshwater lake, in the Suez waterway, the Bitter Lakes were originally saltier than the Mediterranean and Red Sea, which also limited species movement. Nonetheless, throughout the history of the Suez Canal, more than 400 non-native animal species, including more than 100 species of marine fishes from the Red Sea, have entered the Mediterranean. With canal expansion, increased water flow diluted the lakes and eight new fish species entered the Mediterranean during the past five years.

Because fees for shipping through the canals account for roughly 10% of the gross domestic product in Panama and in Egypt, there is an economic incentive to continue to increase shipping traffic through the canals. The authors suggest creative, science-based solutions to limit environmental and socioeconomic damage. They propose that the UN Decade of Ocean Science for Sustainable Development (2021-2030) may provide the ideal opportunity for ensuring that the canals are included in international maritime policy to limit the environmental and economic impacts of invasive species. In addition, because policy changes can take a long time to implement, they also suggest that the shipping industry could proactively address this issue.

The UN agency responsible for sustainable shipping, the International Maritime Organization, has implemented guidelines and obligations to reduce the spread of non-native species through ballast water—but they do not apply specifically to the canals.

In the case of the Suez Canal, it may be possible to use the hypersaline effluent from desalinization plants to make the Bitter Lakes saltier again, with the caveat that this alternative should be studied carefully before implementing. In both cases, sophisticated monitoring tools—using DNA in water samples to generate lists of the species detected and using sound to detect invaders, may help to catch invaders early before they establish large populations. Technology may also be put to work to directly address invasion by means of acoustic and/or electric barriers to deter invaders.

The authors hope that all of the stakeholders will recognize the importance of having the best scientific data in hand as they design new policy and mitigation measures.

Long-term consequences of river damming in the Panama Canal