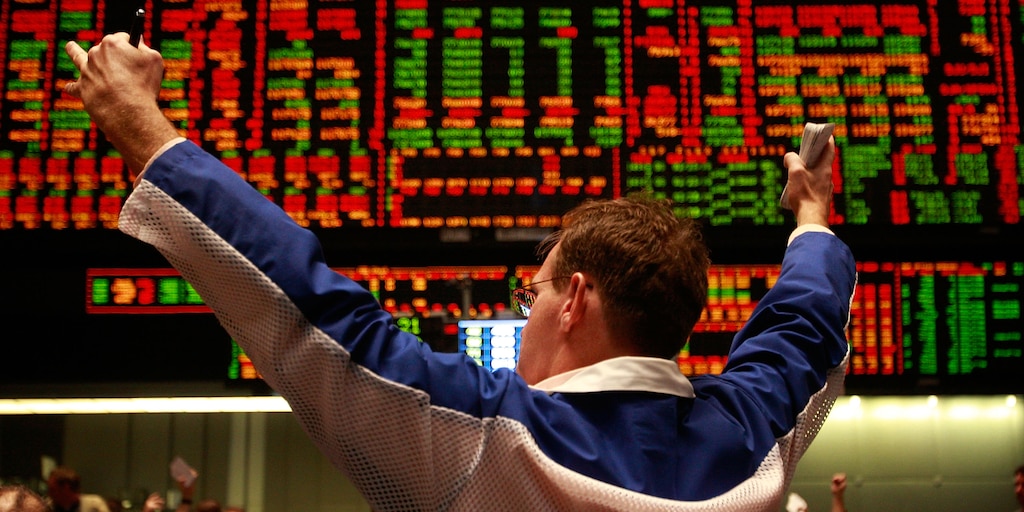 US stocks closed mixed on Monday as as an Apple-led rally in tech shares offset broad weakness in the energy, material, and financial sectors. The Dow Jones industrial average and S&P 500 ultimately capped off their best August returns since the mid-1980s.

The benchmark S&P 500 slid slightly but still posted its best August return since 1986. The Dow Jones industrial average turned in its strongest August since 1984.

Two major stock splits took effect on Monday. Shares of Apple rose more than 3% after a 4-for-1 stock split, leading the Nasdaq higher. Tesla also climbed after its 5-for-1 split.

The historic August comes on the heels of repeated records for the S&P 500 and Nasdaq composite index last week. They were driven higher by encouraging consumer-spending data and prospects of a prolonged low-interest-rate environment.

Here’s where US indexes stood at the 4 p.m. ET market close on Monday:

Read more: US Investing Championship hopeful Matthew Caruso landed a 382% return in the first half of 2020. He shares the unique twist he’s putting on a classic trading strategy — and 3 stocks he’s holding right now.

Despite major indexes sitting near record highs, investors are still looking for signs of progress toward further economic stimulus. Congress is set to return from its recess in September and could restart talks on details of the next stimulus package, over which Democrats and Republicans were deadlocked.

Meanwhile, coronavirus cases continue to climb in the US, hanging over markets. Tensions between the US and China also remain high. On Friday, Beijing claimed it could block a sale of TikTok to buyers such as Microsoft, Walmart, or Oracle.

Oil slumped on Monday. West Texas Intermediate crude fell as much as 1%, to $42.56 per barrel. November-expiry contracts of Brent crude, the international benchmark, slipped 1.3%, to $45.21, at intraday lows.

Read more: GOLDMAN SACHS: Buy these 9 stocks that are poised to continue crushing the market as the ‘shared favorites’ of Wall Street’s biggest investors