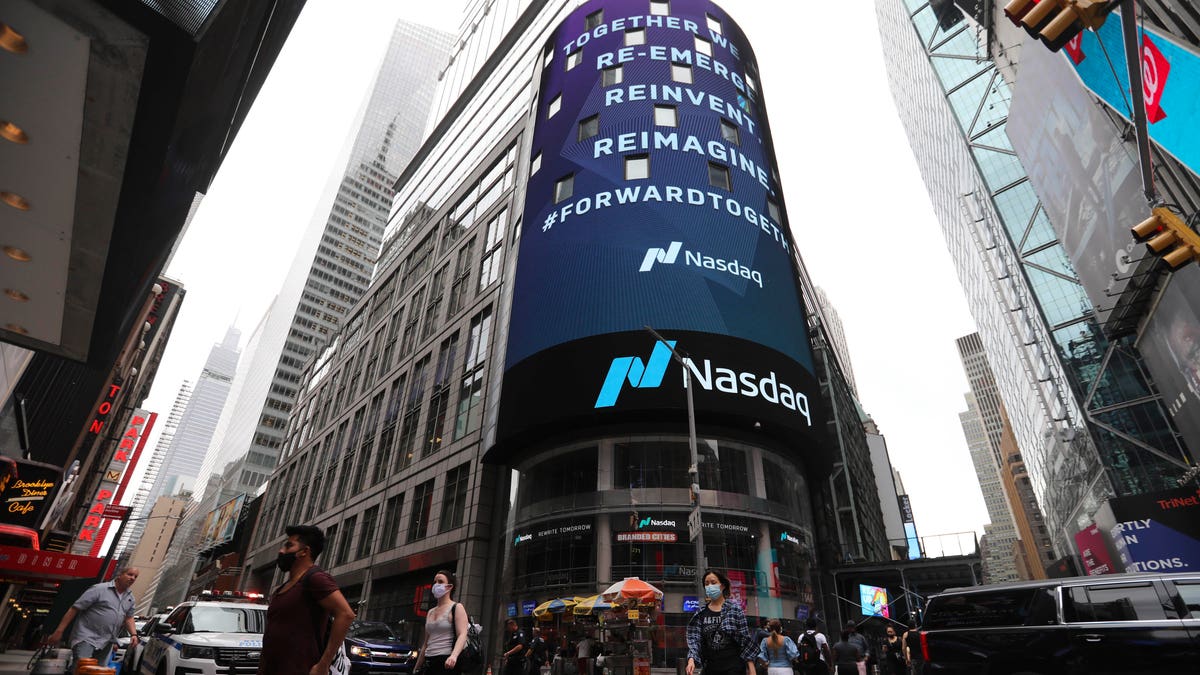 The market moved sharply lower on Tuesday as the sell-off in tech stocks continued, following the sector’s worst drop since March last week.

The tech sell-off continued on Tuesday, dragging the market lower as investors once again rotated out of hot Nasdaq stocks: Shares of Facebook, Amazon, Netflix and Google-parent Alphabet fell more than 3%, while Apple dropped over 5%.

Shares of companies that would benefit from a reopening of the economy moved higher, with Disney, Ford and UPS all rising in early trading.

Shares of Tesla plunged 19% after the S&P Dow Jones Indices decided not to add the stock to the S&P 500 index last Friday, instead choosing Etsy, Teradyne and Catalent.

Shares of electric truck maker and Tesla rival Nikola surged by up to 53% on Tuesday after General Motors announced an 11% stake, worth $2 billion, in the company.

SoftBank’s stock also fell more than 8% in Japan after it was identified that the investment juggernaut had bought billions of dollars in call options in Big Tech names including Tesla, Amazon, Microsoft and Netflix, potentially driving up valuations.

With tech stocks leading the market higher in recent months, last week’s sell-off is just a correction, says Mark Haefele, chief investment officer at UBS Global Wealth Management, in a note. “The sector is expensive, but not in a bubble,” he said, adding that a correction “need not signal the end of the rally.” While the U.S. tech sector has climbed to surging valuations, they are still “well below levels seen at the height of the dotcom bubble of the late 1990s levels, when the index forward P/E rose above 70x.”

Tuesday’s losses follow a big reversal in major tech stocks last week. On Friday, stocks snapped a five-week winning streak, with the tech sector suffering its worst week since March 20. The Dow plunged by up to 600 points before paring back losses late in the afternoon. That followed a sharp sell-off on Wall Street on Thursday: The market posted its worst day since June as stocks retreated from record highs and tech shares plunged. The Dow slid 2.8%—more than 800 points, while the S&P fell 3.5% and the Nasdaq dropped 5%. Shares of Big Tech companies, which have been instrumental in leading the market’s rebound over the past few months, dragged the market lower on Thursday and Friday. Before last week’s sell-off, stocks had made a strong start to September, despite it being a historically bad month for markets.