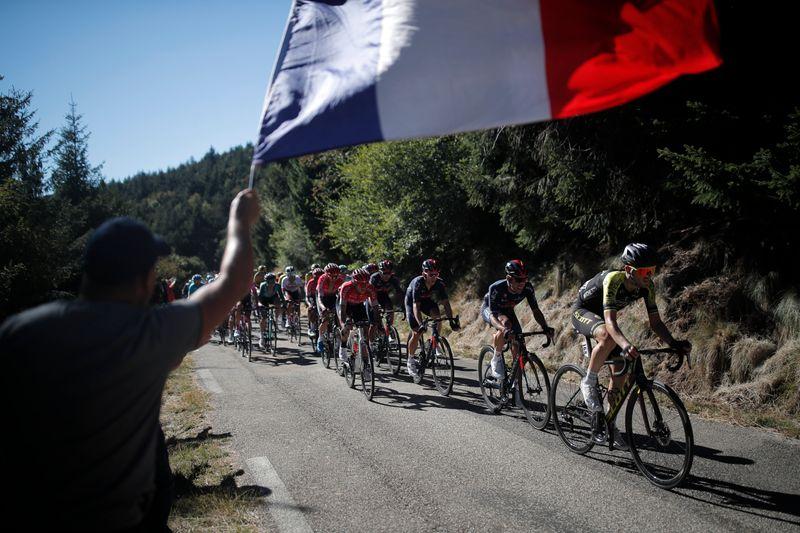 MONT AIGOUAL, France (Reuters) – The Tour de France’s top guns have been biding their time since the Grand Depart on Saturday, making for an uneventful start to the 2020 race, but they have been excused by the race’s technical director Thierry Gouvenou.

On Wednesday, no breakaway was formed in the fifth stage, an almost unprecedented scenario in normal racing conditions, and the favourites held their fire again on a punishing climb during Thursday’s sixth stage.

Defending champion Egan Bernal of Colombia and French darling Thibaut Pinot had already said their were keeping their powder dry for the third week, when the race reaches the Alps.

“They’re managing their efforts. We drew an extremely hard Tour and they’re here after a long hiatus (amid the COVID-19 crisis),” Gouvenou told Reuters on Thursday.

The main contenders are unlikely to be willing to take the overall lead in order to avoid the pressure of defending the yellow jersey.

Pre-race favourite Primoz Roglic of Slovenia is the only one who went on the attack, but it was just to sprint to victory in the first mountain-top finish on Tuesday.

He could have asked his Jumbo-Visma team to hammer it down in the Col de la Luserette on Thursday but instead left the reins to Ineos Grenadiers, who were happy to take it easy.

“I don’t think that Roglic wants to burn down his team mates defending the lead,” said Gouvenou. “It makes for a very quiet race because they know what’s coming.”

The race hits the Pyrenees on Saturday with a hard eighth stage featuring the ascent of the Col de Mente, Port de Bales and Col de Peyresourde, but Gouvenu believes Roglic, Bernal and Pinot will remain subdued.

“Maybe there will be more rhythm in the Pyrenees but I think it’s going to be a bit like Orcieres-Merlette (on Tuesday),” he said.

“We’re impatient and demanding but let’s not forget the Tour is three weeks long and you can’t be at 100% for three weeks.”

The top favourites have singled out the 17th stage to the Colde la Loze as the key stage of the race, and an individual time trial finishing up the Planche des Belles Filles on the penultimate day.