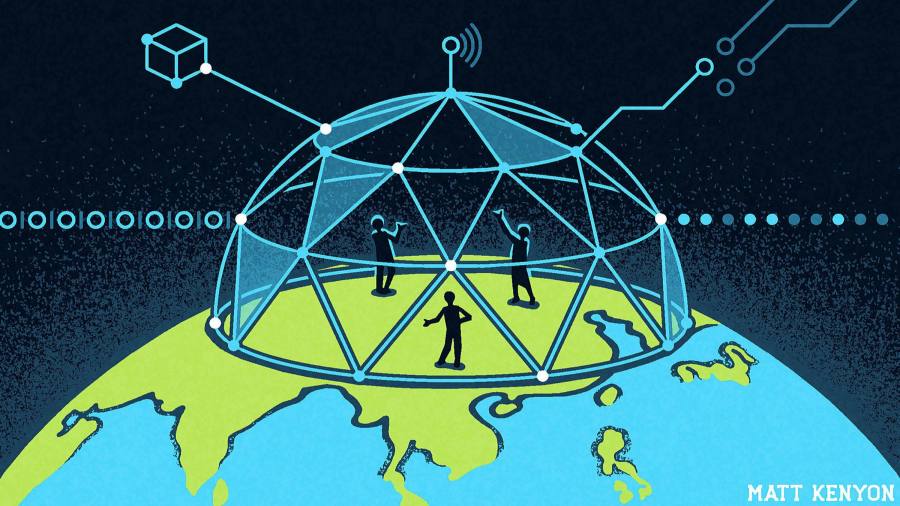 China wants to decouple from US tech, too

It was perfect ju-jitsu. After weeks of watching US president Donald Trump pressure Chinese tech company ByteDance to sell its social media app TikTok to Microsoft, Beijing struck back, using one of Mr Trump’s own weapons of choice — export controls. Chinese authorities expanded the Middle Kingdom’s list of controlled exports to include algorithms, which are of course TikTok’s main asset.

As the mother of a teenager who spends too much time watching 15-second bursts of physical comedy on the app, I can tell you that they are very good at keeping you hooked.

The move is in large part political. TikTok is hardly as strategic as, say, the 5G equipment maker Huawei. Yet as one Chinese investor put it to me, it wouldn’t do for Beijing to allow the Trump administration to appear to “force a liquidation sale” of the viral video app, even at a time when Chinese authorities are clearly keen to avoid any build up of tensions between the countries before November elections.

But the use of export controls by Beijing to potentially thwart a deal also underscores that it is not just America, but also China, that is moving to decouple its technology industry. Already, emerging nations represent a larger export market for China than the US, according to Gavekal Dragonomics/Macrobond data. Beijing’s Belt and Road Initiative and its trade-based diplomacy in places such as Africa and the Middle East, combined with the rise of the digital renminbi, will make it ever easier for China to grow its exports to places other than the US.

The Trump administration has tried to offset these efforts by denying Huawei the US-made chips and software that it requires for its ambitious global 5G rollout. But no expert that I’ve spoken to on the topic thinks that this will prevent China from executing a longer term decoupling from the US tech ecosystem. If anything, the restrictions have only sped up China’s efforts to develop its own chip industry.

Meanwhile, the Chinese have been able to access things such as US patents, scientific papers, and even American corporate innovations. That includes groundbreaking work on artificial intelligence, some which has been published or developed open-source. This is happening at the same time as China’s own legal protections around things like intellectual property and patents have been getting stronger by some measures.

That raises an interesting question: America is still home to the most cutting-edge technological innovations, but which country will be better at inventing the new new thing in the future?

You could argue, as Chinese technologist and venture capitalist Kai-Fu Lee has, that it will be easier for China to ramp up innovation using its existing resources, and slap its own consumer brands on products churned out by an already robust and largely self-sufficient manufacturing industry.

Certainly, it sounds simpler than what the US is now trying to do, which is rebuild the supply chains it has spent the past several decades outsourcing to the East. That is the advantage of having a coherent national industrial policy, as China does. The US abandoned such planning decades ago with the rise of neoliberalism, which held that capital, goods and labour should flow freely without any government restriction.

The problem is that the free market first approach doesn’t work quite as well in a crisis. Right after the pandemic began, for example, I interviewed the chief executives of numerous apparel companies, who were ready and eager to retool to make masks in order to fill the shortage in hospitals. They were the ones prodding the White House to help them co-ordinate these efforts, rather than the other way around. Nobody in the administration had a clue about what manufacturing resources might be immediately available to fill the PPE gaps, or how to better deploy them in a crisis.

The Trump administration’s mishandling of the pandemic has, of course, been singular. But over the past few decades, US policymakers have turned a blind eye as parts of the industrial supply chain were outsourced, downsized, or monopolised. They gave little thought to what the ramifications might be in a time of emergency. The focus on economic efficiency rather than resiliency led American companies to retrench in recessions with mass firings, rather than using such periods to retrain and retool, as other countries, most notably Germany, have done.

That is why the economic trajectories of the US, China, and Germany are so similar now to what they were right after the 2008 financial crisis. Then, as now, Germany furloughed workers, and enjoyed a V-shaped recovery, in part by grabbing new business in Asia as China recovered. Chinese exports surged back quickly in both time periods, thanks to quick and co-ordinated loans and fiscal support to small and large businesses. America, meanwhile, languished for years after 2008 in a jobless recovery, which was followed by a flat pay cheque one.

Now, the US looks like it is heading towards a deeper recession. Perhaps that is why China decided to call Mr Trump’s bluff on TikTok. Both countries have technologies to protect, and economic weapons to do that. But China’s immediate future looks a bit brighter. Decoupling, it turns out, is a two-way street.