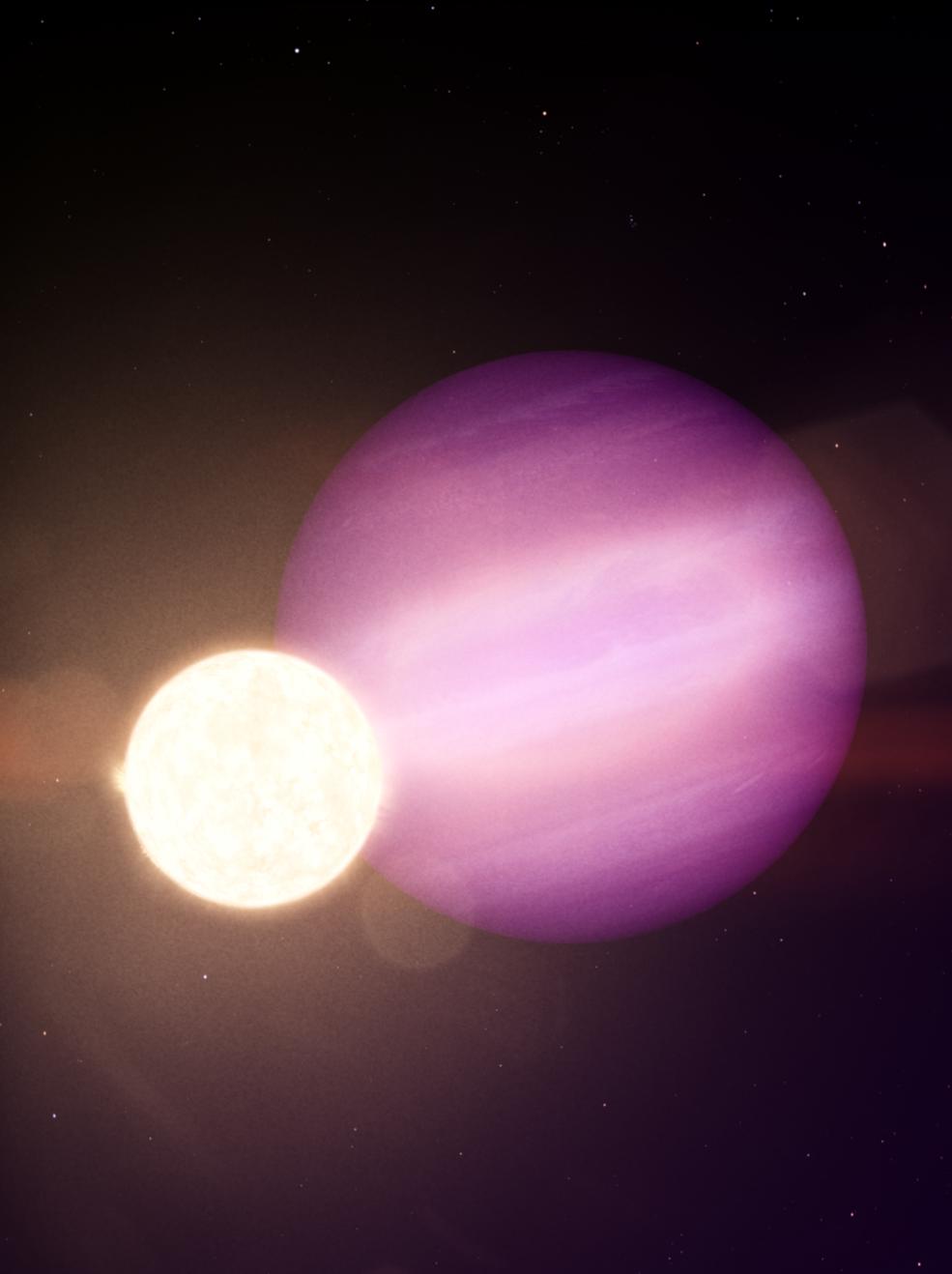 Can Life Outlive Its Host Star? NASA’s Webb Telescope Will Find Out

With today’s news of the first-ever detection of an intact planet closely orbiting a stellar white dwarf, a team led by two Cornell University astronomers has also shown that NASA’s forthcoming James Webb Space Telescope (JWST) would be capable of detecting biosignatures from earth-sized planets orbiting such dying stars.

As reported in the journal Nature, the white dwarf in question —- WD 1856+534 —- is now thought to harbor a Jupiter-size object orbiting this dying stellar core on an insanely short orbit of only 34 hours. But even before today’s announcement, Cornell astronomers were testing their idea that the Webb telescope might also be able to detect earth-sized objects within the same system.

In separate research submitted to The Astrophysical Journal Letters, Cornell University astronomers Lisa Kaltenegger and Ryan MacDonald and the paper’s 1st co-authors, lay out their case for using the Webb telescope to look for very short transits of such rocky worlds as they pass in front of the these white dwarfs. They used WD 1856+534, which is only 40 percent larger than Earth and lies only 80 lights years away in the constellation of Draco, as their test case.

White dwarfs are essentially the exposed core of a dead star, meaning it has stopped fusing elements, and thus is only cooling from now on out, Kaltenegger told me. Most spectral types, including our own star, will have cores that end up as white dwarfs, she says; objects that have masses equal to that of our sun but so dense that they are only slightly bigger than Earth.

Using advanced computational modeling, the team writes that it explored the molecular detectability and atmospheric characterization potential for an earth-sized planet which would have evolved in the same system as WD 1856+534. In fact, the authors easily made their case that rocky planets lying as close as only 1.9 million miles from these dying stellar cores would be detectable if they are out there.

Our study demonstrates that detecting molecules in the atmospheres of rocky exoplanets orbiting white dwarfs requires relatively little observing time, MacDonald told me. Just a two-week campaign with webb would suffice to detect biosignatures, he says.

The authors that the range of potential biosignatures detectable from such a white dwarf planet include water, carbon dioxide, ozone, methane, nitrogen, nitrous oxide, and even oxygen. All these chemical species are detectable, write the authors, within Webb spectroscopic observations of 100 transits of a putative planet as it transits across the face of its dying white dwarf.

But can such white dwarfs harbor stable habitable zones?

How near would these white dwarfs be?

Why look for life around dead stars?

“The implications of life orbiting a dead star would be profound; it would show the incredible tenacity of life,” said Kaltenegger.

In another five to six billion years, our own Sun will run out of hydrogen turn into an expanding red giant star and leave behind a white dwarf ember of its former self. Thus, as Kaltenegger aptly points out: Wouldn’t it be intriguing to find signatures of life on planets orbiting white dwarfs, and then imagine that life on Earth could also survive the death of our own Sun?