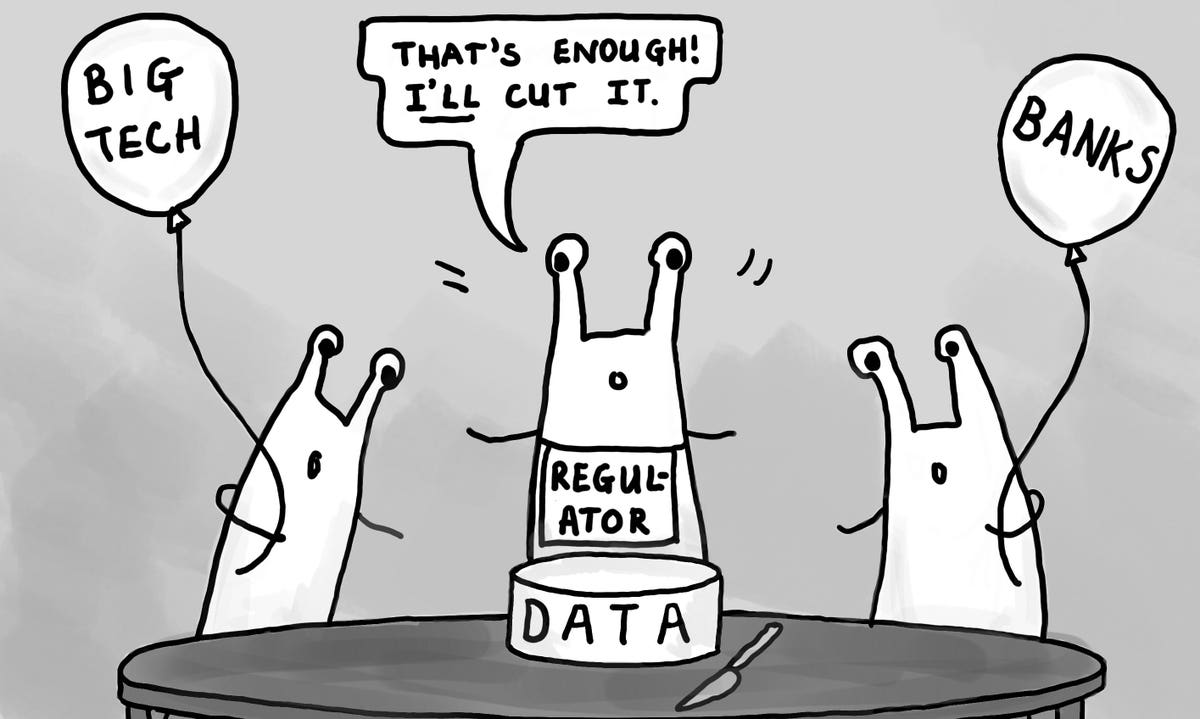 What should regulators do about the power of the big technology companies? In America, the House Judiciary Committee’s antitrust panel have just completed a 16 month investigation into Amazon, Apple, Google and Facebook, finding that “Big Tech” has “monopoly power” in key business segments and have “abused” their dominance in the marketplace, in a full-throated condemnation of the giants. The panel complains that there is “significant evidence” to show that BigTech’s anticompetitive conduct has hindered innovation, reduced consumer choice and even weakened democracy.

Breaking up big companies seems to me an already outdated industrial-age response in the post-industrial economy. Data is not the new oil.

So, what is to be done? I had the honour of chairing Professor Scott Galloway who is the author of “The Four”, an excellent book about the power of internet giants (specifically Google, Apple, Facebook and Amazon – hence the title), at a conference in Washington a while back. He set out a convincing case for regulatory intervention to manage the power of these platform businesses. Just as the US government had to step in with the anti-trust act in the late 19th century and deal with AT&T in the late 20th century, so Professor Galloway argues that they will have to step in again, and for the same reason: to save capitalism.

Professor Galloway argues that the way to do this is to break up the internet giants. Should Congress go down this route? Well, one of the panel’s own members, Ken Buck (Republican), while agreeing with the diagnosis, said that the Democratic-led panel’s proposal to force platform companies to separate their lines of business (ie, break them up) is not the right way forward. I agree. Forcing Amazon to spin out Amazon Web Services (to use an obvious and much-discussed example) won’t make any difference to Amazon’s role in the online commerce world.

Google is not U.S. Steel and I do not think that data is the new West Texas Intermediate or that Facebook is the new Standard Oil. Yet the idea of focusing regulation on the refining and distribution of an economy’s crucial resource has logic to it. We need this to protect competition in the always-on world of today and there, as Angela Chen explained in MIT Technology Review last year, there are plenty of alternatives to breaking up technology companies. Perhaps the most fruitful way forward is an approach based on a future capitalist framework along the lines of what Viktor Mayer-Schönberger and Thomas Range called in Foreign Affairs a “progressive data sharing mandate”.

There are many informed observers who say that America should to look see what is going on in Europe in order to formulate this kind of approach: Here in Forbes last year, Robert Seamans and “Washington Bytes” highlighted data portability as a potentially valuable approach and pointed to the UK’s open banking regulation as a source of ideas. I think this makes a lot of sense and that a good way to explore what some form of data-centric remedy might look like is indeed to take a look at Europe’s open banking regime. More specifically, start with what it got wrong: because in that mistake are the seeds of a solution.

Back in 2016, I wrote about the regulators demanding that banks open up their APIs to give access to customer data that “if this argument applies to banks, that they are required to open up their APIs because they have a special responsibility to society, then why shouldn’t this principle also apply to Facebook?”. My point was, I thought, rather obvious. If regulators think that banks hoarding of customers’ data gives them an unfair advantage in the marketplace and undermines competition then why isn’t that true for Big Tech?

When I said that the regulators were giving Big Tech a boost in “Wired World in 2018”, no-one paid any attention because I’m just some tech guy. But when Ana Botin (Executive Chairman of Santander) began talking about the lack of any reciprocal requirement for those giants to open up their customer data to the banks, regulators, law makers and policy wonks began to sit up and pay notice. She suggested that organisations holding the accounts of more than (for example) 50,000 people ought to be subject to some regulation to give API access to the consumer data. Not only banks, but everyone else should provide open APIs for access to customer data with the customer’s permission.

This is along the lines of what is being implemented in Australia, where open banking is part of a wider approach to consumer data rights and there will indeed be a form of symmetry imposed by rules that prevent organisations from taking banking data without sharing their own data. The Australian Competition and Consumer Commission (ACCC) has already had enquiries from international technology companies wanting to participate in open banking. The banks and many others want this method of opening up to be extended beyond what are known as the “designated” sectors, currently banking and utilities, so that if a social media company (for example) wants access to Australian’s banking data it must become an “accredited data recipient” which means it turn that it must make its data available (in a format determined by a Consumer Data Standards Body). This approach would not stop Facebook and Google and the others from storing my data but it would stop them from hoarding it to the exclusion of competitors. As Jeni Tennison set out for the UK’s Open Data Institute, such a framework would allow “data portability to encourage and facilitate competition at a layer above these data stewards, amongst the applications that provide direct value to people”, just as the regulators hope customer-focused fintechs will do using the resource of data from the banks.

At this year’s SIBOS (it’s a sort of Burning Man for bankers), the newly-appointed CEO of ING Steven Van Rijswijk (above) re-iterated the need for reciprocity, saying that he wanted the regulators come up with an equivalent for banks so “the data flow can go two ways”. Well, this may well be on the horizon. As the Financial Times observed, an early draft of the EU’s new Digital Services Act shows it wants to force Big Tech companies to share their “huge troves” of customer data with competitors. The EU says that Amazon, Google, Facebook and others “shall not use data collected on the platform . . . for their own commercial activities . . . unless they make it accessible to business users active in the same commercial activities”.

It seems to me that U.S. regulators might use this approach to kill two birds with one stone: requiring both Big Banking and Big Tech to provide API access to customer’s data. Why shouldn’t my bank be able to use my LinkedIn graph as input to a credit decision? Why shouldn’t my Novi wallet be able access my bank account? Why shouldn’t my IMDB app be able to access my Netflix, Prime and Apple TV services (it would be great to have a single app to view all of my streaming services together).

This symmetric data exchange can lead to a creative rebalancing of the relationship between the sectors and make it easier for competitors to both to emerge. Instead of turning back to the 19th and 20th century anti-trust remedies against monopolies in railroads and steel and telecoms, perhaps open banking adumbrates a model for the 21st century anti-trust remedy against all oligopolies in data, relationships and reputation. The way to deal with the power of BigTech is not to break them up, but to open them up.