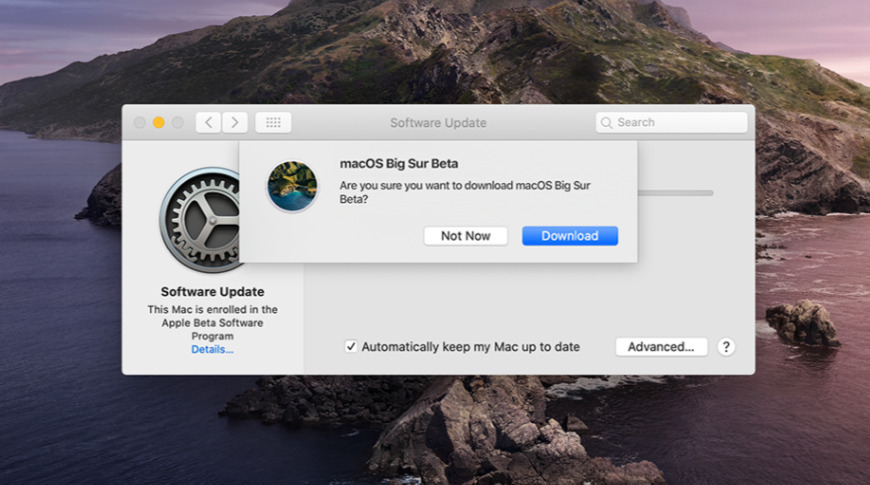 Apple has provided participants of its Apple Beta Software Program the third beta of macOS Big Sur to test out, ahead of its expected release in the fall.

The content of the beta should be similar to the sixth developer beta, which was issued alongside the seventh beta releases for iOS 14, iPadOS 14, and tvOS 14.

People taking part in the Apple Beta Software Program can download the latest update via the Software Update option in System Preferences, on Macs and MacBooks that are already running the previous build. Those interested in trying out the operating system ahead of its release can do so by signing up for the program from Apple’s website.

Big Sur offers a number of improvements, including an updated interface that borrows design cues from iOS, such as increased transparency and rounded windows. Updates are made to the Control Center, a new Catalyst version of Messages, as well as Safari and others.

One thing that won’t be tested in the betas will be how it runs on Apple’s inbound Mac products that use Apple Silicon. Big Sur will be usable both on Intel-based Macs and Apple Silicon variants.