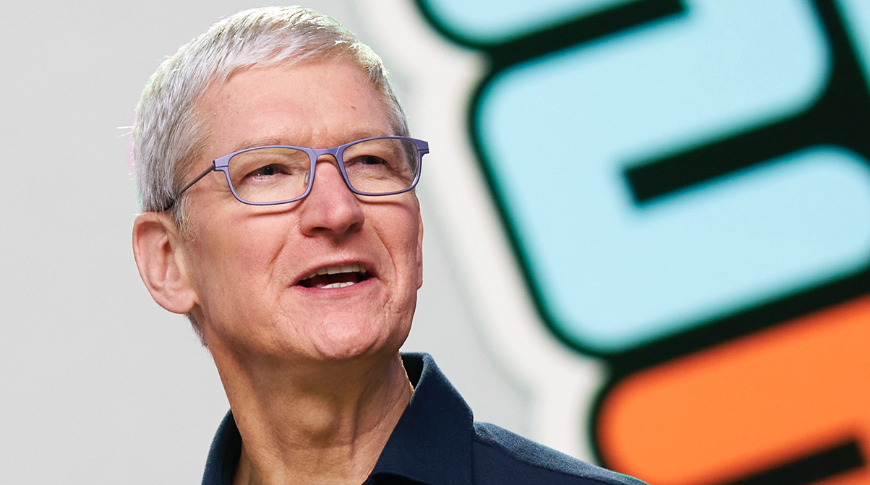 Following concerns from its shareholders about Apple allegedly aiding China censorship, the company has published a formal document stating its commitment to upholding human rights.

While Tim Cook has said in front of the House of Judiciary that Apple supports human rights, the company has now formally stated its position in the form of its first-ever policy document on the topic. It comes after shareholders have pressured Apple, both in votes at shareholder meetings and via a petition.

“At Apple, we are optimistic about technology’s awesome potential for good,” says Cook in a statement at the start of the new document. “But we know that it won’t happen on its own. Every day, we work to infuse the devices we make with the humanity that makes us.”

The document, called “Our Commitment to Human Rights,” is 1,400-word pledge about how Apple treats people and the way it sees technology’s role in protecting human rights. It’s chiefly a description of principles, but does include some more specific details.

“Our approach is based on the UN Guiding Principles on Business and Human Rights,” it says. “We conduct human rights due diligence to identify risks and work to mitigate them. We seek to remedy adverse impacts, track and measure our progress, and report our findings.”

“We believe that dialogue and engagement are the best ways to work toward building a better world,” it continues. “In keeping with the UN Guiding Principles, where national law and international human rights standards differ, we follow the higher standard. Where they are in conflict, we respect national law while seeking to respect the principles of internationally recognized human rights.” 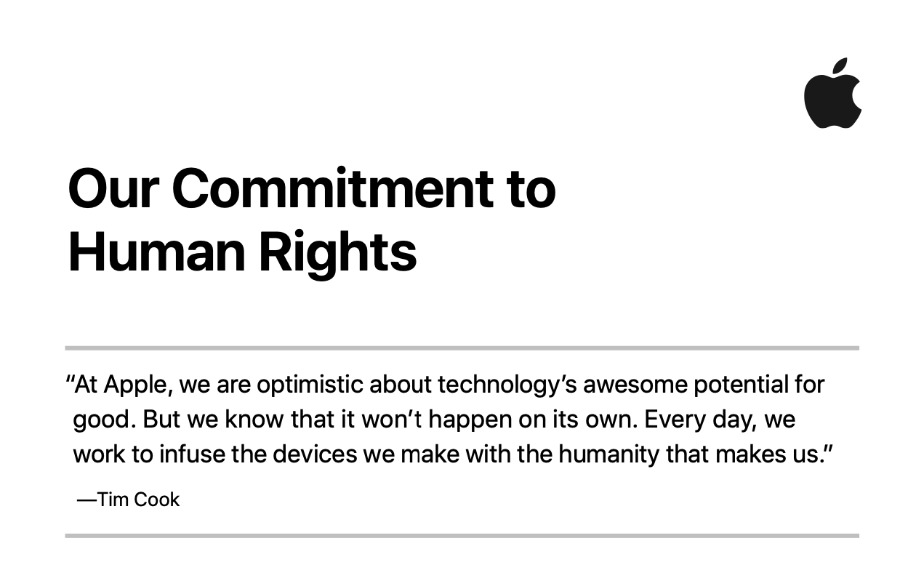 Apple’s document does not give a reason for why it is being published now, but it does follow continued pressure from shareholders. According to Sondhya Gupta of the campaigning organisation SumOfUs, it has been published in order to beat Apple’s own September 5 deadline for shareholders to submit motions ahead of next year’s annual meeting.

“Apple’s adoption of a human rights policy is a breakthrough moment and we commend Apple for taking this first step,” says Gupta. “However, we still have questions about how the policy will be implemented and what oversight there will be.”

“We will continue to work alongside shareholders and human rights defenders in dialogue with Apple to ensure the company lives up to this responsibility,” she continued.

SumoOfUs has been petitioning Apple for at least eight years. A previous petition from the organization had to be reworded following a false claim about working conditions in factories making Apple products.

Apple has not as yet commented publicly about its new policy document.