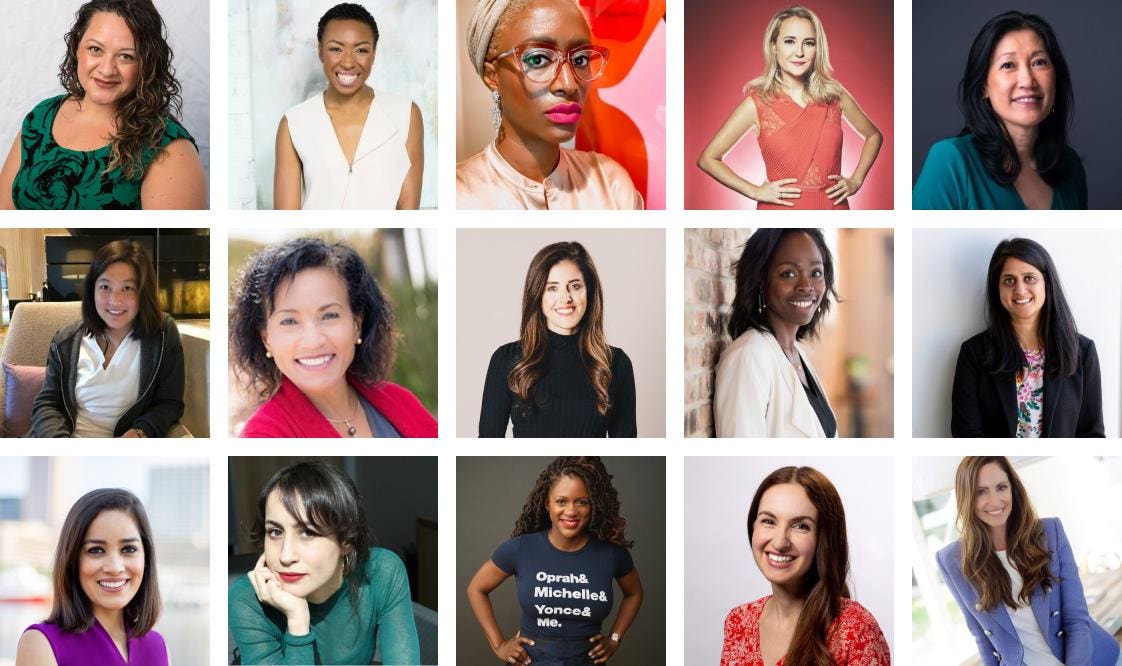 Mountains of research confirms that unlocking innovation requires diversity of thought and diversity of people.

Why then, is the progress of female founders still painstakingly slow? Women’s insight and experience are not valued, yet women often see market opportunities that men pass by. This undervaluation perpetuates a cycle in which women have to fight for access to critical networking and profile-building opportunities.

The data tells the story:

All Raise, which is changing that narrative in the tech and venture ecosystem by putting women front and center at conferences and in the media. “It’s a misnomer that there is a pipeline issue,” said Pam Kostka, CEO at All Raise. All Raise accelerates the success of female founders and funders.

To rectify this lack of opportunity and diversity, All Raise, which supports entrepreneurial diversity, has created the All Raise Visionary Voices speakers bureau, a database of female and non-binary founders, funders, and  board members who are ready to speak up at conferences and as media sources.

Now, there’s no excuse for not including women.

The open source database already has more than 1,000 names of women who have something to say.  To grow the database even more, All Raise is reaching out through emails, social media, word of mouth, and PR. Official partners include media such as Fast Company and Protocol, and conferences such as SaaStr and Startup Grind. No worries if your company isn’t a partner—all are welcome to source women as speakers or media sources. What they ask in return is a commitment to:

Featuring more women and people of color more prominently will change the industry’s perception of them and inspire those just getting started. Bias and unequal access to networks continue to hold diverse entrepreneurs back. But, seeing is believing. Having role models directly enhances the aspirations of women to start their own businesses. “We want to inspire the up-and-coming generation,” said Kostka.

This isn’t a women-only proposition. Male allies are really important to this initiative. They can refuse to speak on panels that aren’t diverse, and they can listen with respect to women panelists.

As a new generation of companies is on the horizon, we must make sure women are founding, funding and on the boards of these companies at a rate that is close to the percentage they represent of the population. If we want a more prosperous and innovative economy, we can’t leave half the population behind.

How will you help bring women to the fore at events and in media coverage? You can start by becoming an official partner, nominating speakers, and using the database.