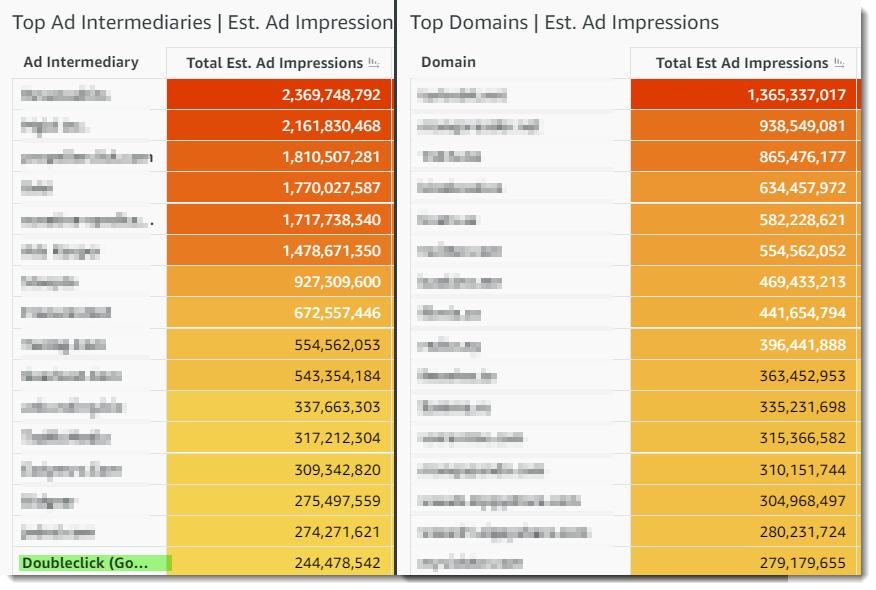 Ad-Supported Piracy Is Thriving, Thanks To Programmatic Ad Tech

Thanks to programmatic ad tech, piracy sites are thriving and making more ad revenue than ever before. In 2013, this study from Digital Citizens Alliance documented that “Piracy Websites Roped In $227 Million in Ad Revenues.” That was right before programmatic ad exchanges took off in earnest; and digital ad spending in the U.S. was only $43 billion. Since that time, digital ad spend has tripled to $125 billion in 2020 and piracy sites are more easily able to scale their revenue operations. Programmatic ad tech automated the buying and selling of digital ads across vast numbers of sites; it also enabled a larger variety of advertisers to buy and place ads. This means piracy sites are now able to sell even more ad impressions to more unsuspecting advertisers.

Fast forward to today, a followup report from the Digital Citizens Alliance details the additional revenues that pirates derive from selling IPTV subscriptions and hardware (access devices). “An estimated 9 million fixed broadband subscribers in the U.S. find and pay for pirate IPTV subscriptions through 3,500 U.S.-facing storefront websites, social media pages, and stores within online marketplaces.” It’s “a $1 billion industry in U.S. piracy subscriptions alone. The overall piracy industry is in fact much larger when the sale of pirate streaming devices and ad-financed piracy are included.” Piracy is very profitable, “because the providers of these services pay nothing for the programming… they operate with estimated profit margins that range from 56 percent (“Retailers”) to 85 percent (“Wholesalers”).”

Even though the biggest brands have added many piracy sites to their block lists and the largest ad networks, like Google, have taken more steps to prevent piracy sites from using its tech platform to monetize, dozens of other ad exchanges have happily stepped in to help these sites make money. They provide alternative conduits for piracy, porn, disinformation, and other sites to tap into the enormous ad budgets available through programmatic advertising. When billions upon billions of ads are mixed together for thousands of advertisers to buy, it is easy to see how more piracy sites can now sell to more advertisers, and continue their merry-making, oops, money-making.

The data below, provided by White Bullet, shows exactly this. The top “Ad Intermediaries” table on the left shows 19 other “intermediaries” that are bigger than DoubleClick (Google) in helping piracy sites make money. The “Top Domains” table on the right shows some of the largest piracy domains and the ad impression volumes they can generate every month (hundreds of millions to over a billion). Using $5 – $10 CPMs (paid by advertisers) for ease of calculation, these large volumes easily represent $10 – $20 million in digital ad spending where the ads ended up on piracy sites. And these are just the numbers from the top 20 rows of intermediaries and domains that were monitored. Undoubtedly there are many more that have not been catalogued yet. Ad dollars thus add at least another billion dollars to the annual “take” of these piracy sites.

Note that the piracy sites may only receive a fraction of the $5 – $10 CPMs mentioned above. This is because a large portion may go to the ad tech players in the supply chain. Just like for mainstream sites where three industry-wide studies showed that only 50 cents of every dollar goes to the publisher/site for showing the ad, a similar phenomenon undoubtedly applies here too. On top of that, the middlemen may actually charge more for helping the launder the impressions so they can be sold to unsuspecting big brand advertisers.

More detailed data from White Bullet reveals how these piracy sites monetize. By far the largest volume of ads (48%) flow through “sponsored content boxes” more commonly known as “content discovery widgets” or “native advertising platforms.” Companies like Taboola and Outbrain both announced partnerships to run programmatic ads in 2017 [1], [2]. This means that ad inventory that enters the programmatic ad ecosystem through these pipes could easily be purchased by advertisers through their favorite DSP or ad exchanges. When thousands of advertisers buy billions of ad impressions, it’s easy to miss the ads that ended up on piracy sites. That also assumes those piracy sites didn’t proactively “cover their tracks” and obfuscate their domains or pretend to be someone else’s domains (“domain spoofing”).

Harm to Advertisers Big and Small

The harm to major advertising brands goes without say. But now that small and medium brands can also buy ads programmatically, their dollars are also flowing to piracy sites. Peter Szyszko, CEO and cofounder of White Bullet, adds, “Industry estimates suggest IP theft will result in $4 trillion in losses by 2022. Piracy continues to grow; and digital ads fund some 85% of online pirate streaming activity.” Content theft and ad fraud is particularly harmful to entertainment brands. They suffer the “double whammy” of 1) their content being stolen and 2) it being used to steal their digital ad budgets too. Major brands like Amazon, Apple, Airbnb, Paypal, Dell, Coca-Cola, Salesforce, AARP, NBA, L.L.Bean and hundreds of others are still unknowingly supporting piracy. Their ad dollars enable these sites to thrive, even if the dollars are just a tiny sliver of their digital ad budgets. “If they don’t filter out the dangerous and criminal publishers then they are putting their own brands at risk of reputational damage and are funding criminals,” said Peter Szyszko.

Harm to Consumers is Real

“Piracy is not a victimless crime,” so goes the saying. In digital, the actual harm to consumers is well documented and it comes in the form of malvertising – ads laced with malicious code designed to compromise humans’ devices. Once installed on the victims’ devices, the malware can not only steal their private information, it can also do other bad things — e.g. load enormous quantities of ads behind the scenes; use the device to mine cryptocurrency; make the device a part of a large botnet to carry out other attacks.

Data from Confiant (chart below), a cybersecurity company focused on detecting threats in digital ads (malvertising), shows the rate of malvertising on mainstream sites range from 0.01% to 0.47%, with an average of 0.09%. When we focus on piracy sites in particular, the data shows that consumers are at 140X higher risk of malware and other malicious code (14% vs 0.1%) — the “fraud and malware” category in the donut chart from White Bullet. Threat actors know that humans go to piracy sites; so they go there as well, specifically to target and exploit them. The humans may also be too embarrassed to report that they’ve been compromised after visiting piracy (or porn) sites.